How to Draw a Hawksbill Turtle 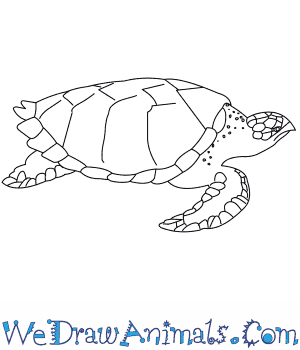 In this quick tutorial you'll learn how to draw a Hawksbill Turtle in 7 easy steps - great for kids and novice artists.

At the bottom you can read some interesting facts about the Hawksbill Turtle.

How to Draw a Hawksbill Turtle - Step-by-Step Tutorial 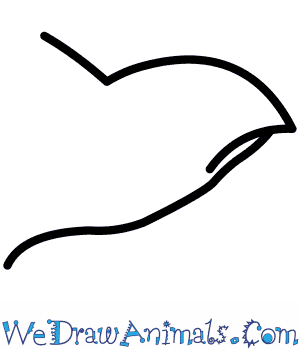 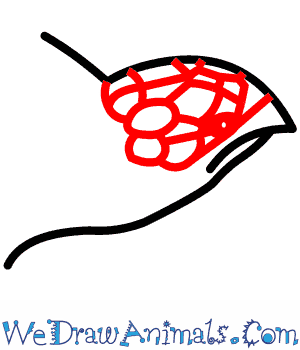 Step 2: Draw a dot near the mouth. Draw a pattern of small, connected shapes that go around and over the eye. 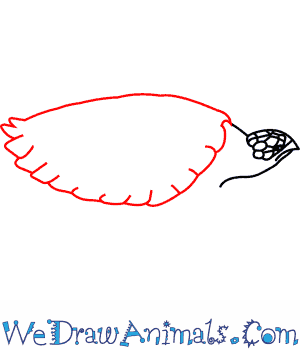 Step 3: At the back of the head, draw a long curve going back for the top of the shell. Next, draw a chain of L-shapes and curves that go down from one end of the shell and back up to the other. 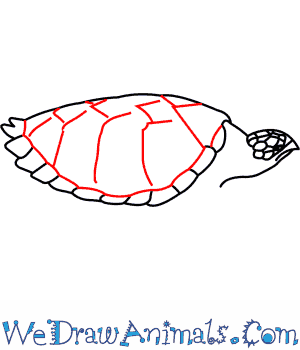 Step 4: Draw a long curve inside the shell that links the tops of the curves and L-shapes together. Draw large angles in the inner circle of the shell. 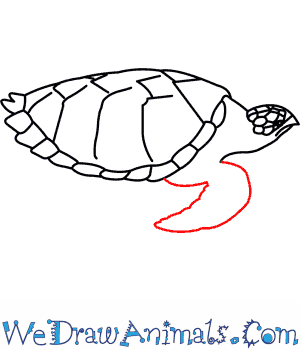 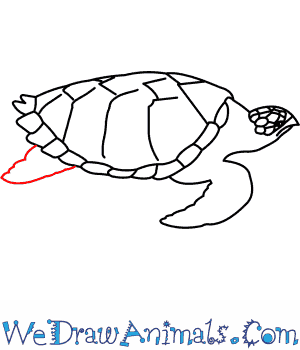 Step 6: Under the back end of the shell, draw a curve going down and back. Above this line, draw a wavy line that connects the end of the first one back to the shell. 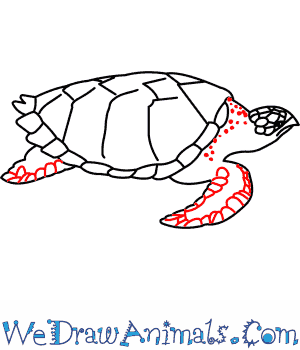 Step 7: Draw dots on the neck and curves on the inner edge of the legs. Done! You can color it yellowish with dark brown or black patterns.

Interesting Facts about the HAWKSBILL TURTLE

The Hawksbill Turtle is a member of the reptile group and the scientific term for them is Eretmochelys imbricata. This species derived its name from a beak they have like the Hawk. They live in all tropical oceans of the world. While usually a brown mottled appearance, their color is dependent on the climate of water that they inhabit. The thick segments and serrated edge of their shell is unique. Similarly, they have claws on the ends of their flippers, and walk with alternating appendages as humans do.

Their domain consists more often of shallow areas such as lagoons and reefs than the open deep ocean. Within such dwellings, there are caves or similar places for hiding from predators. Since they eat poisonous Jellyfish, their flesh is too toxic for eating. Algae and Sea Anemones are other popular food choices. These animals have a low population amount, and are considered to be critically endangered to the possibility of extinction. 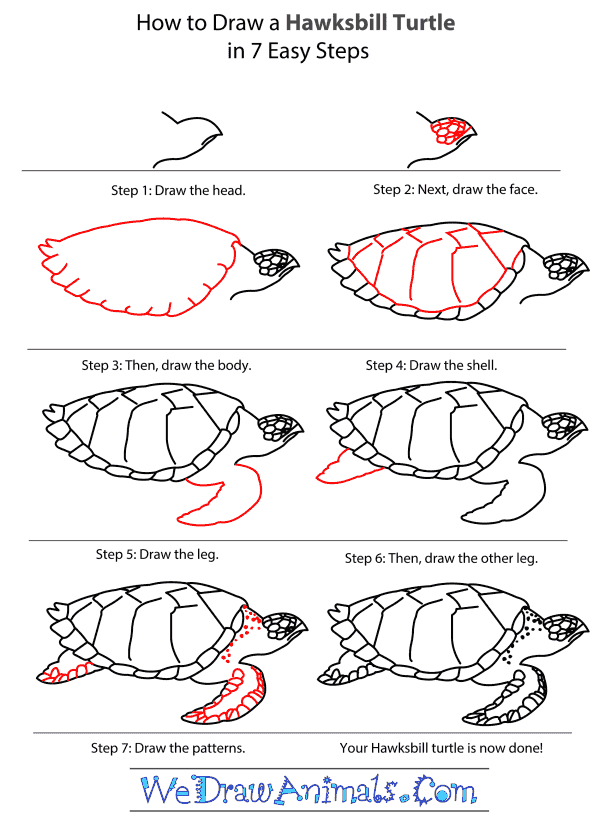 How to Draw a Hawksbill Turtle – Step-by-Step Tutorial

Previous post: How to Draw a Hawaiian Monk Seal