How to Draw a Hawaiian Monk Seal 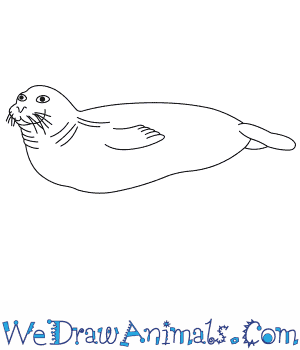 In this quick tutorial you'll learn how to draw a Hawaiian Monk Seal in 6 easy steps - great for kids and novice artists.

At the bottom you can read some interesting facts about the Hawaiian Monk Seal.

How to Draw a Hawaiian Monk Seal - Step-by-Step Tutorial 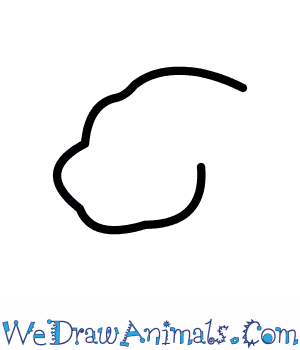 Step 1: For the head, draw a curve that slopes up and then down slightly, then bumps outwards as it continues down, then goes back under itself in three curves. 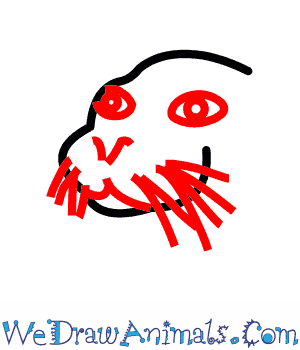 Step 2: Inside the first bump on the head from step 1, draw an oval with a small circle inside it. Draw a similar shape right next to it, in the gap between the top and bottom ends of the curve. Under the first eye, draw a V. Underneath this, draw a curved W with several lines on each side that point out of the face. 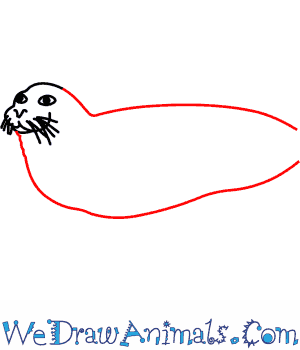 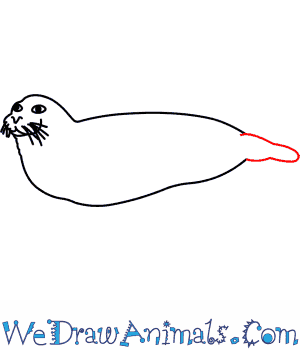 Step 4: In the gap at the rear of the body, draw a curving line that connects the two ends. 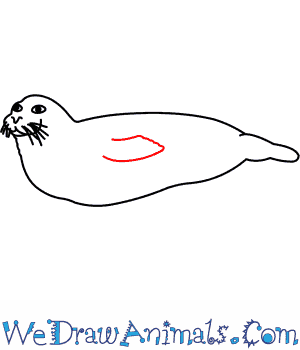 Step 5: In the middle of the body, draw a curve over a larger one, and connect the back ends to each other with a wavy line. 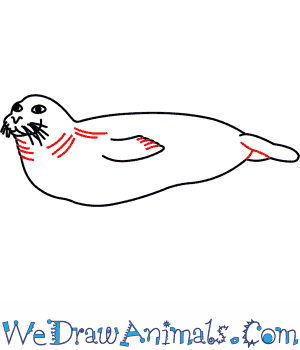 Step 6: Draw lines on the neck and back of the head, the leg, and the tail. Done! You can color it grey with a white belly.

The Hawaiian Monk Seal is a member of the mammal group and the scientific term for them is Monachus schauinslandi. This animal gets its name by having extremely short hair on its head as a religious monk does. The Latin name is derived for the founder, Mr. Schauinsland, a German scientist. Another name for this creature is the Hawaiian word Ilio-holo-i-ka-uaua which means “dog that runs in rough water” in English. Relatives of this animal are the Mediterranean Monk Seal and the extinct Caribbean Monk Seal. They are the state mammal of Hawaii.

They have a grey and thin body with a white belly, which is different from the Harbor Seal relative in Alaska. Neither of them have ear lobes, but the tropical seal is better at hunting, typically eating fish, lobster, octopus, and squid, in coral beds of deep water. These animals have a low population amount, and are considered to be critically endangered to the possibility of extinction. 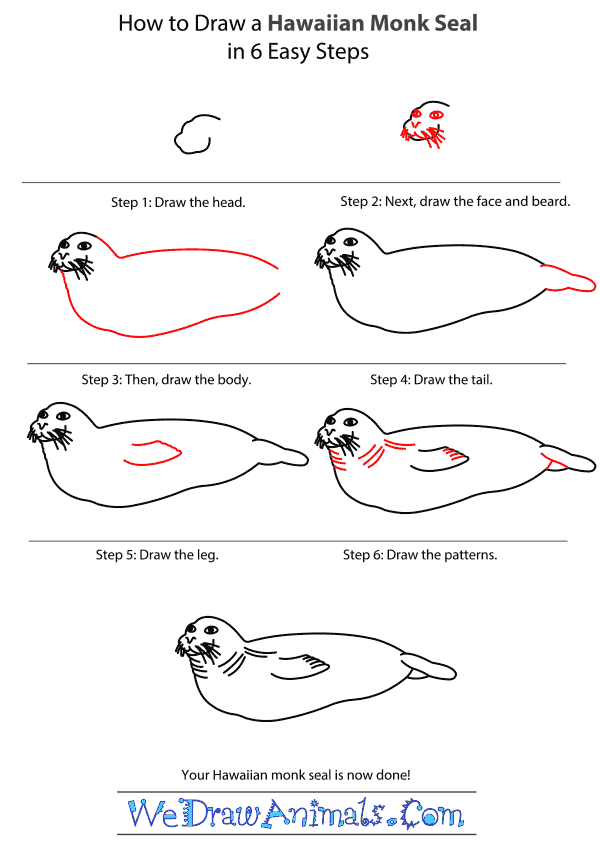 How to Draw a Hawaiian Monk Seal – Step-by-Step Tutorial