How to Draw a Horseshoe Crab 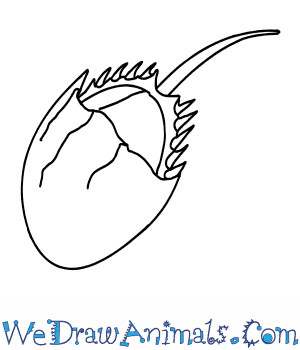 In this quick tutorial you'll learn how to draw a Horseshoe Crab in 5 easy steps - great for kids and novice artists.

At the bottom you can read some interesting facts about the Horseshoe Crab.

How to Draw a Horseshoe Crab - Step-by-Step Tutorial 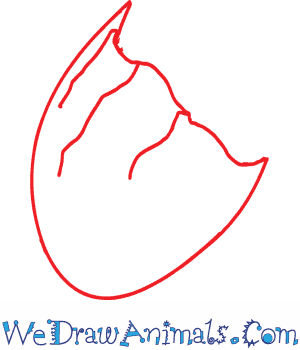 Step 1: Lets draw a Horseshoe Crab! This is a strange creature that is very old and lives in the Sea. They are not actually Crabs, but have that name because their shell is shaped like a horse shoe. Start by drawing the front of the shell by making a horse shoe shape that closes at one end. Add a few lines inside at an angle for details. 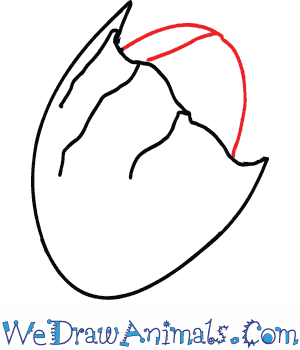 Step 2: Now, add a half circle in the end of the front of the shell for the abdomen. 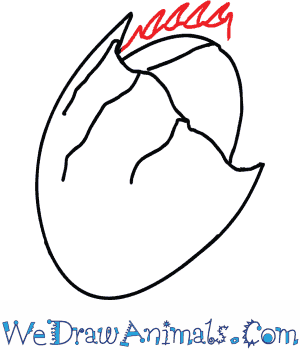 Step 3: Next, draw a series of spines along the top of the Horershoe Crab. 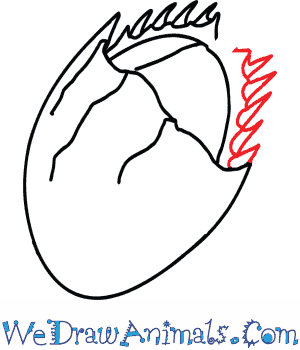 Step 4: For the front spines, draw another series of spines coming up from the shell on the right side. 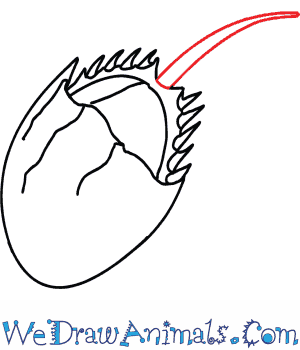 Step 5: Now, add the long tail by bringing a tube shape out of the back and ending it with a point. Color the Horseshoe crab a dark orange.

Interesting Facts about the Horseshoe Crab

Horseshoe crabs are a type of marine arthropods that can be found in shallow oceans with soft sand or muddy bottoms in areas around the coast of North America as well at other coastlines around the Atlantic, Indian, and pacific oceans.

Though these arthropods have lived for hundreds of millions of years, their population is starting to decrease because of being used as fertilizer and fishing bait. To prevent the further decline of the horseshoe crab, some states in the United States have made it illegal to fish or harm these creatures. 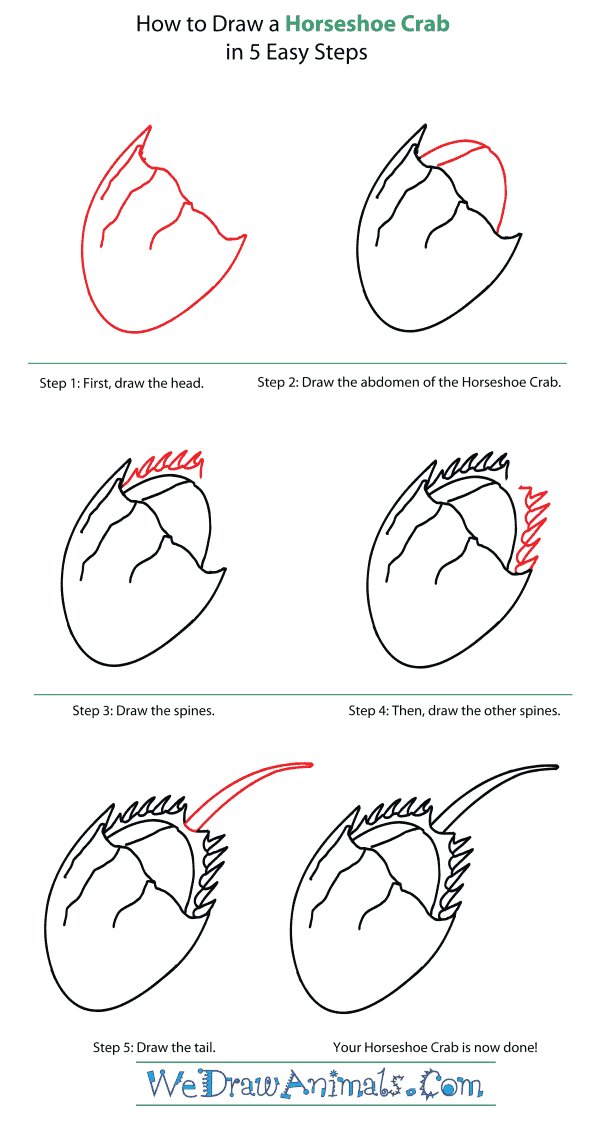 How to Draw a Horseshoe Crab – Step-By-Step Tutorial