How to Draw a Hound Dog 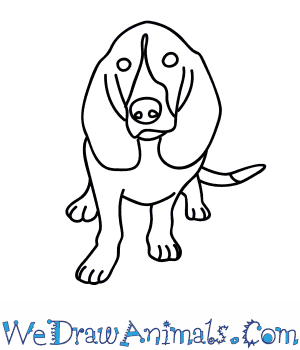 In this quick tutorial you'll learn how to draw a Hound Dog in 9 easy steps - great for kids and novice artists.

At the bottom you can read some interesting facts about the Hound Dog.

How to Draw a Hound Dog - Step-by-Step Tutorial 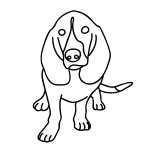 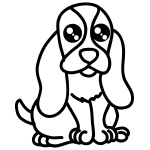 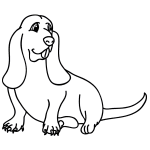 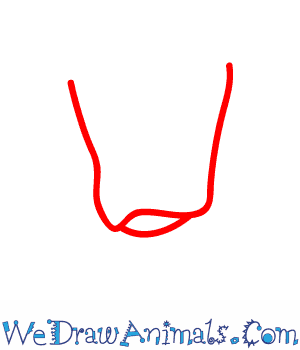 Step 1: To draw a hound dog, first let's start with the outline of his snout. Make two lines that slant inwards, curving a bit about halfway down,a nd meet with a curve at the bottom. Draw a little hump above the bottom curve to make the lips. 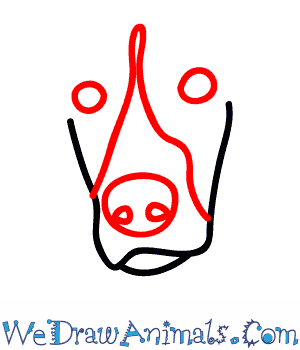 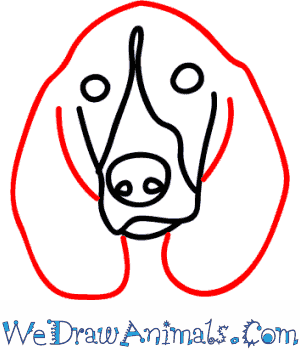 Step 3: To draw the rest of the head and ears, make a dome above the face you've drawn with a curved line. Then add two more curves on either side of that dome that droop down, and curve around to turn the other direction. Then, curve the lines back up to connect to the chin. Then draw to more lines on either sides of the cheeks to imply the obscured ears on either side of the snout. 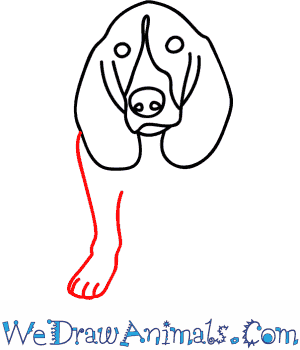 Step 4: Next we draw the left shoulder, leg and foot. Start on the lower left side of the ear, making a curved line that slants down and to the right. Then bend the line to the left with a small bump, and add a large oval-like curve to make the foot that goes back around to point up. Then add a slightly bumpy line before making the last curve to finish the leg. Put a few lines at the bottom of the foot to make the toes. 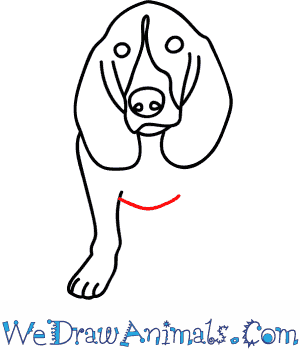 Step 5: Draw the chest with a small curve that starts on the right side of the left leg. 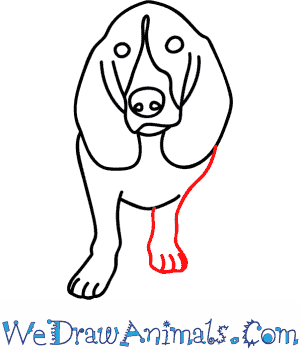 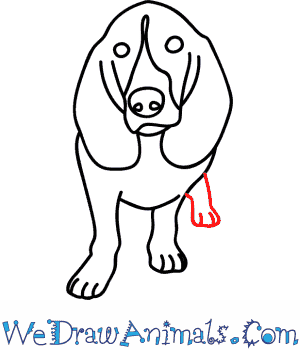 Step 7: For the back right foot, make two lines that slant down from the body, just up and to the right of the right leg. The lines should be met with a bumpy line that makes the bottom of the foot. Add lines at the small bumps to make the toes. 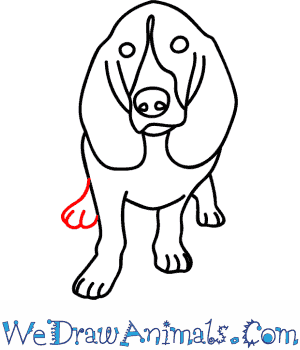 Step 8: For the back left foot, make two lines that slant down from the body, just up and to the left of the left leg. The lines should be met with a bumpy line that makes the bottom of the foot. Add lines at the small bumps to make the toes. 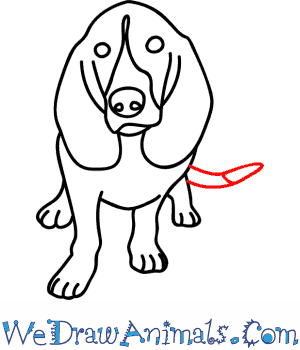 Step 9: Lastly we make a tail! Make two lines that start just above the right back foot, that go to the right. The lines should get closer, before meeting in a gentle point. Add a small vertical line to make a pattern in the tail's fur and you're done!

Hounds dogs help humans chase and track down the animals that they are hunting. They have a very strong sense of smell and great stamina, which are characteristic that are useful to hunters. There are more than 30 breeds of hound dogs that are categorized as sight hounds or scent hounds.

These days, hound dogs are more often seen as pets rather than the hunter’s helper. However, they still have their natural talent of hunting. Most hound dog breeds are loyal pets that are very affectionate and gentle with people. 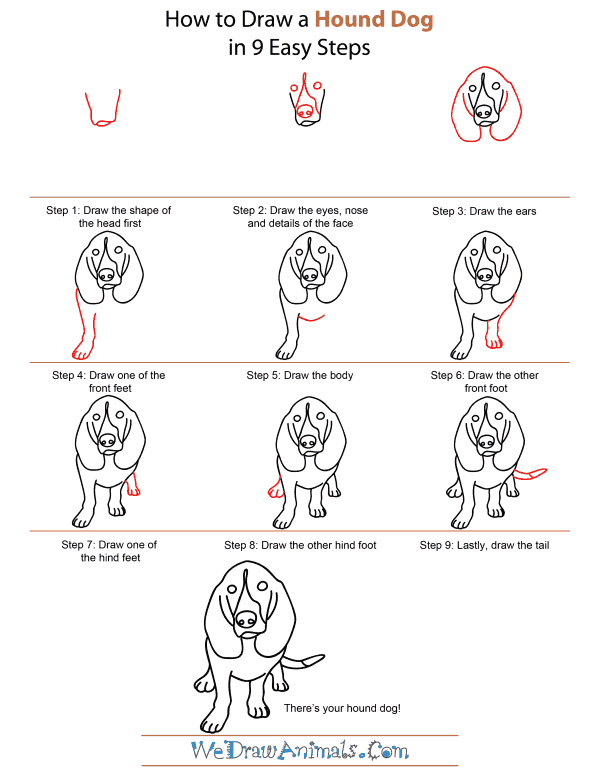 How To Draw A Hound Dog – Step-by-Step Tutorial