How to Draw a House Martin 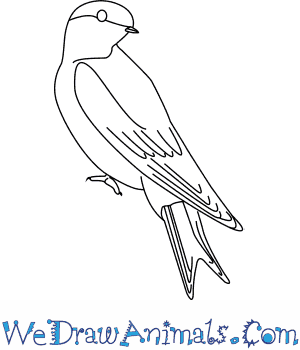 In this quick tutorial you'll learn how to draw a House Martin in 6 easy steps - great for kids and novice artists.

At the bottom you can read some interesting facts about the House Martin.

How to Draw a House Martin - Step-by-Step Tutorial 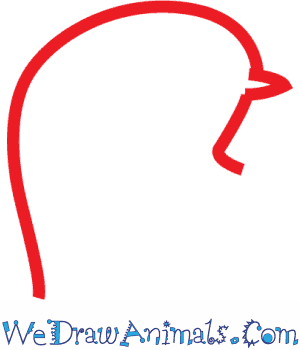 Step 1: to draw the head, starts from the left and curve down to the right, an then add a tiny beak at the right 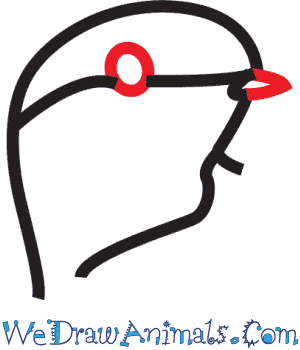 Step 2: Add a circle for the eye, and a line that goes across the face and just below the eye 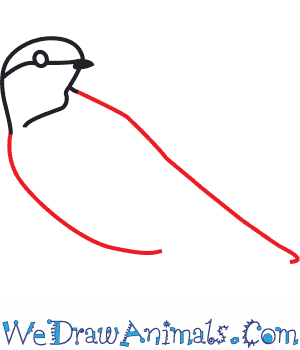 Step 3: Draw a long and narrow body by drawing two lines, one crved and the other straight 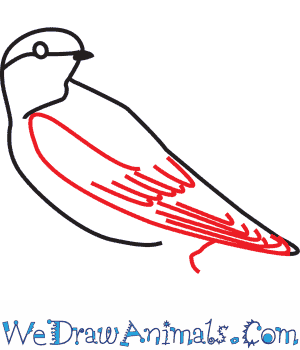 Step 4: Draw the wing by using curved lines to make feathers. Mae sure the there are more lines at the bottom to indicate more feathers. 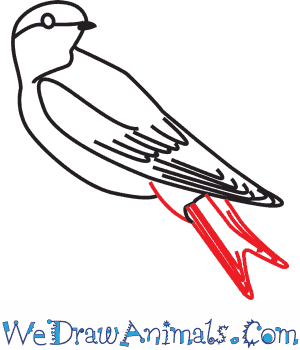 Step 5: Draw the tail, which is another series of slightly-curved lines to use for feathers. 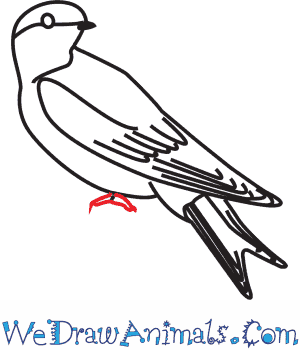 Step 6: Draw the foot, a little line right underneath the body

Interesting Facts about the House Martin

House Martin is a migratory bird that performs breeding in Europe, North Africa and temperate areas in Asia and spend winter season in Sub-Saharan Africa and tropical areas of Asia. They prefer residing in open areas where there is less vegetation such as pastures, meadows and farmlands. Their upper body is blue in color while the under parts are purely white. They are 13cm long with have a wingspan of 26-29cm and weigh about 18.3g. Their eyes are brown in color and have a black bill. Their diet includes insects, flies, aphids, ants. Hobby is their primary predator.

Lesson plan note: Draw an outline of house martins and let children fill it with colors while imitating sounds produced by house martins. 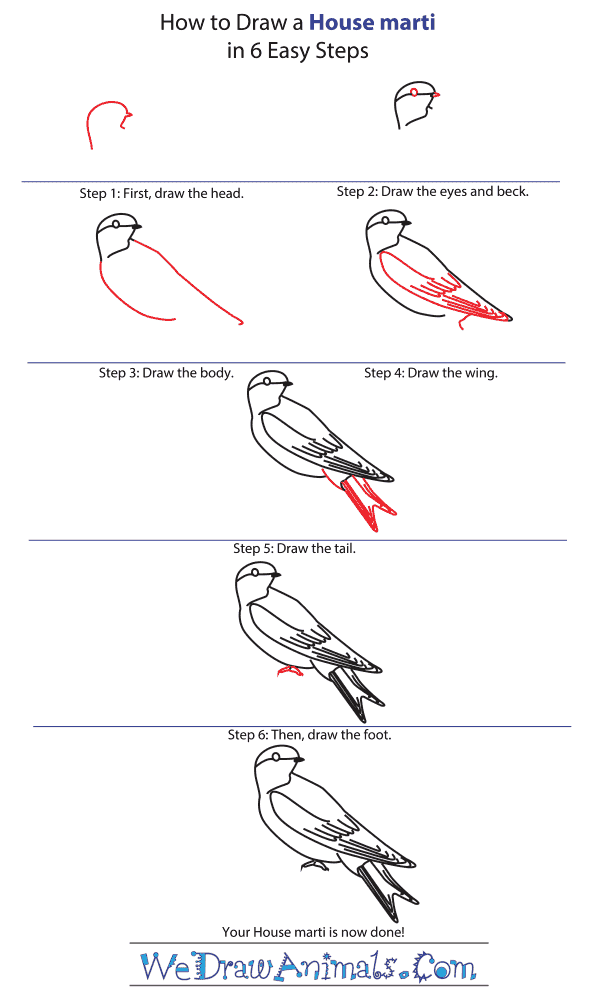 How to Draw a House Martin – Step-by-Step Tutorial