How to Draw an Imperial Woodpecker 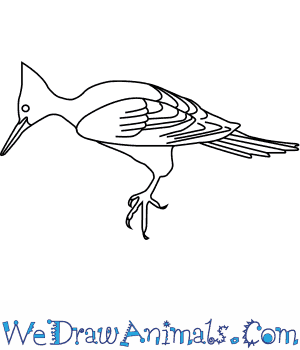 In this quick tutorial you'll learn how to draw an Imperial Woodpecker in 6 easy steps - great for kids and novice artists.

At the bottom you can read some interesting facts about the Imperial Woodpecker.

How to Draw an Imperial Woodpecker - Step-by-Step Tutorial 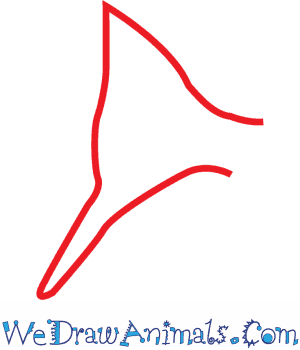 Step 1: Draw the head. The woodpecker's head is very pointed, and looks almost like a tail. Make sure the bottom is much more pointed for the beak 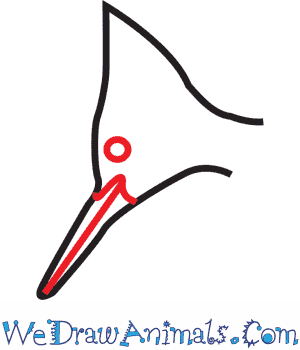 Step 2: Add a small circle for the eye, and a line for the beak. 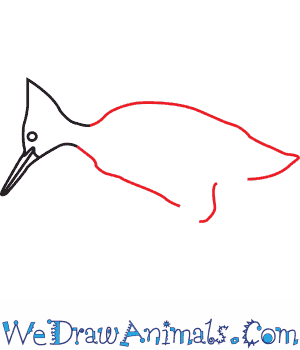 Step 3: Draw the body. Make sure to leave space for the legs. The way the woodpecker's body work, it almost looks like the bird is leaning over 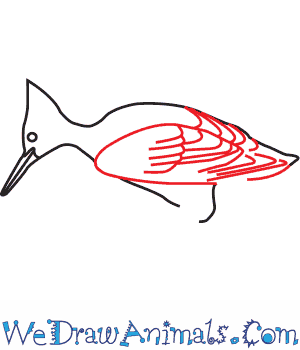 Step 4: Draw the wing. Draw an oval for the main part of the wing, and then add overlapping curved lines for feathers. 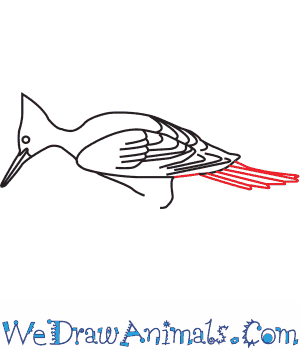 Step 5: Draw the tail, which consists of lines like the feathers. 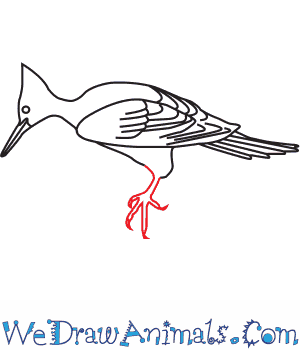 Step 6: Draw the leg, which has four toes. Make sure they are narrow and spread out with hooked talons at the end

Interesting Facts about the Imperial Woodpecker

Imperial woodpeckers are localized in 2,000m high pine trees found in Sierra Madre Occidental mountain range in Mexico. They can also be found on dead trees. They weigh about 700g and are 56-60cm long. It is pitch black in color and has white spots on both of its wings. Its beak is long and ivory white in color. Young imperial woodpeckers are brown in color. Males have a distinct red patch at the back of their neck. They feed on beetles present in the crevices of tree trunks by tapping it hard using its ivory colored bill.

Imperial woodpeckers are the largest woodpeckers found in this world in terms of their size.In late 20th century, it was believed that imperial woodpeckers have gone extinct. They are currently listed as critically endangered species.They make cackling and trumpet like sounds.They are usually found in groups of 4-8 individuals and seldom in groups of 20.The decrease in their population resulted because of destruction of their habitat and hunting practices.

Lesson plan note: Draw an outline of woodpecker. Make several copies of it and allow children to fill it using different colors. 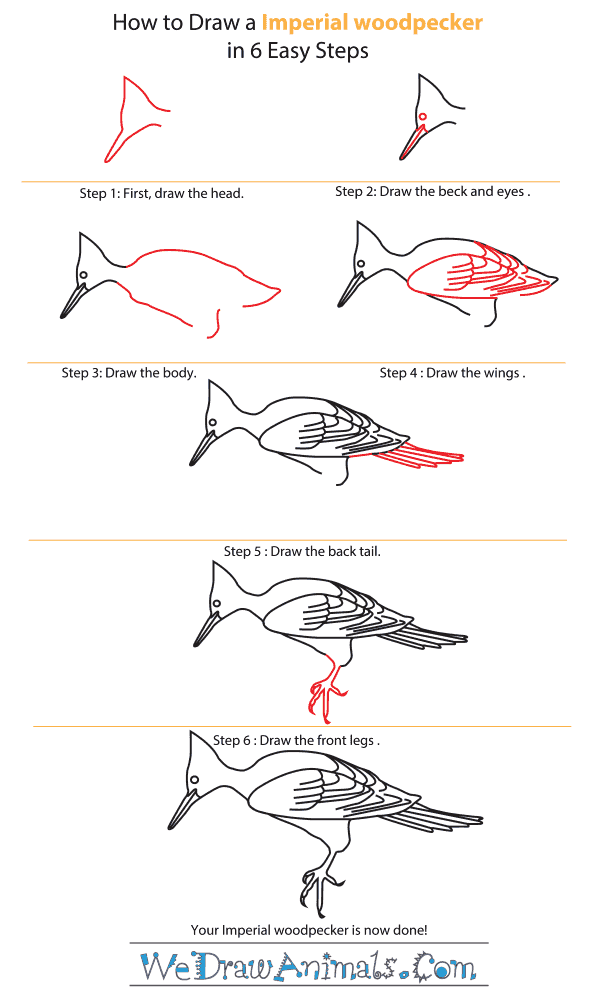 How to Draw an Imperial Woodpecker – Step-by-Step Tutorial