How to Draw a Husky Dog 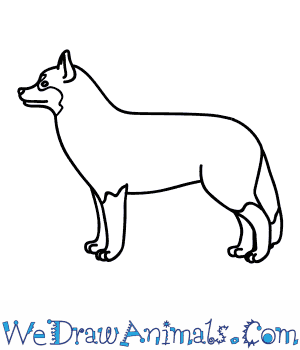 In this quick tutorial you'll learn how to draw a Husky Dog in 8 easy steps - great for kids and novice artists.

At the bottom you can read some interesting facts about the Husky Dog.

How to Draw a Husky Dog - Step-by-Step Tutorial 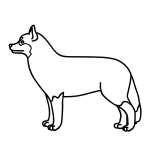 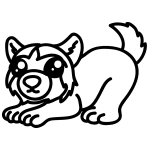 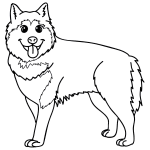 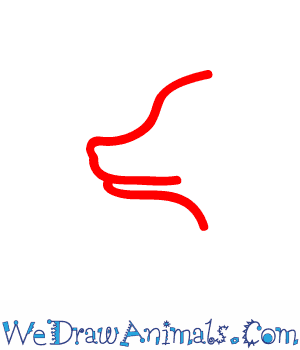 Step 1: Huskies are big, furry dogs that work in the snow! Start drawing yours by making a line that slopes down and to the left to make a forehead, before curving to the left to make a small pointy nose. The front of the snout should be drawn with two lines, with a divot between them. The bottom chin can be made with a line that goes back, and then curves down into the start of the neck. But a line just above the chin to make the mouth. 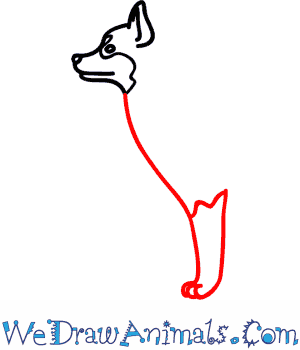 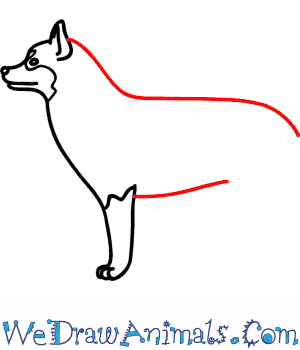 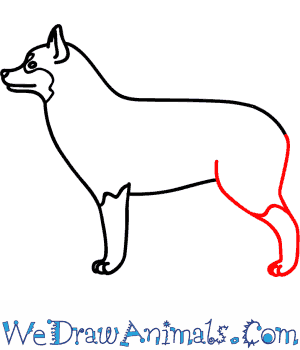 Step 5: Now draw the back leg! It starts with two lines, one at the space left at the end of the belly, the other at the rear hump of the back. They curve down, and get closer, before coming in to make another sock shape. Add a wavy line at the top of the sock shape for the fur pattern, and small loops at the bottom to imply toes. 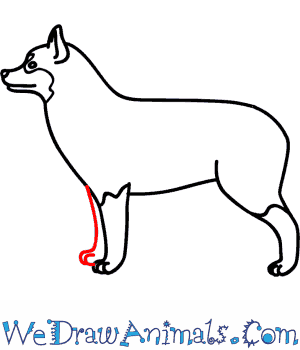 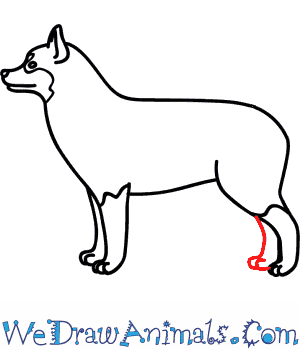 Step 7: The second back foot is drawn similarly. A line should start in front of the first back foot, curving down and then out to make the toes. Curve it back, and then add loops at the tip. 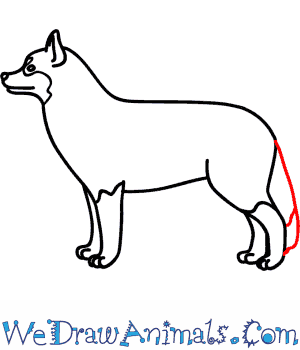 Step 8: The tail is big, and bushy! Make one big line that curves down from the rear of the Husky, going down and finishing just above the bottom of the Husky's feet. Add a line near the bottom to make the fur pattern, and you're done! Your Husky is ready to pull a sleigh through the snow!

Huskies are dogs that people use for the sport of sled dog racing. The dogs race each other by pulling people on sleds. A group of dogs pull one sled. In the past, huskies were used to deliver goods on sleds from one place to another. Huskies are a breed of working dogs. They can be found in Siberia and Alaska.

Huskies make great family pets because they are gentle with children. They are also very friendly and playful. Huskies are independent and do not need constant attention. However, they do form a close bond with their owners. Huskies love to exercise and be outdoors. 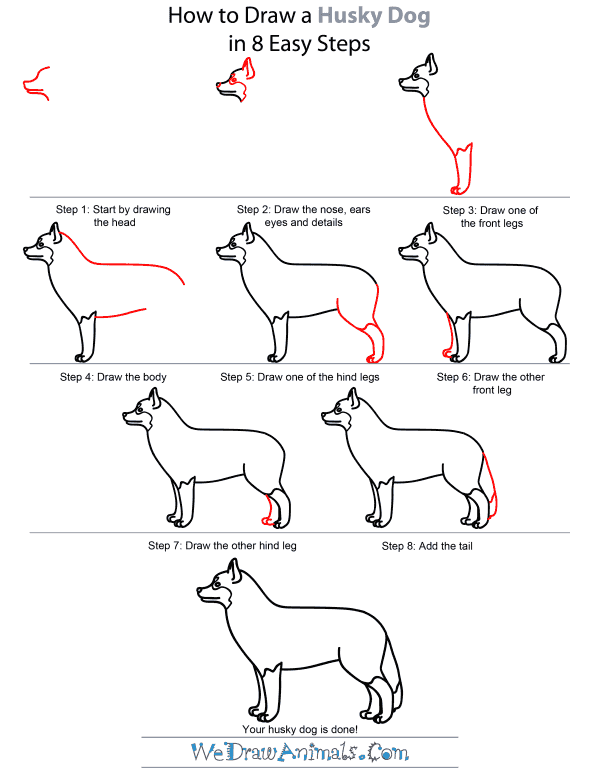 How To Draw A Husky Dog – Step-by-Step Tutorial