How to Draw a Jackdaw 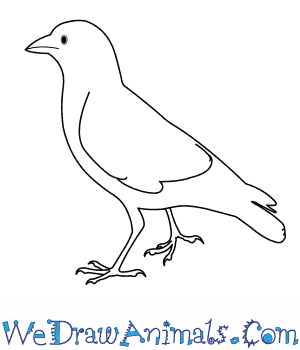 In this quick tutorial you'll learn how to draw a Jackdaw in 7 easy steps - great for kids and novice artists.

At the bottom you can read some interesting facts about the Jackdaw.

How to Draw a Jackdaw - Step-by-Step Tutorial 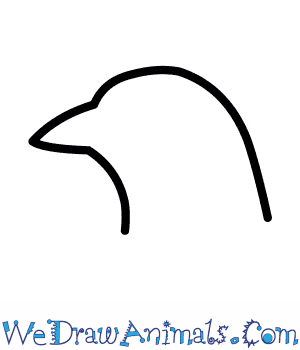 Step 1: Let's start drawing a Jackdaw! First, draw a curved shape for the top of the head with a point sticking out on the left side for the beak. 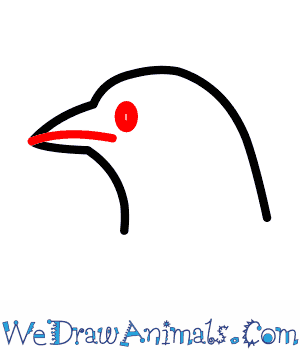 Step 2: Next, add a line for the mouth and a small dot for the eye. They like to eat insects, fruit, and acorns. 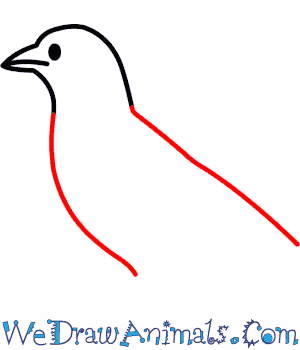 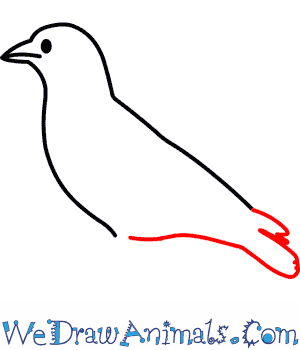 Step 4: For the tail, used curved lines that end at rounded points for feathers. 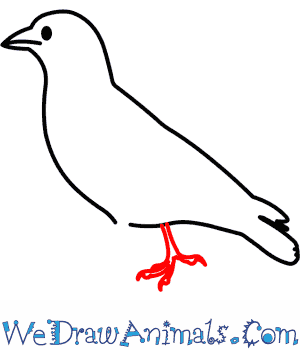 Step 5: Draw the first leg, which is two small lines that separate at the end. Add in the§ sharp little toes. 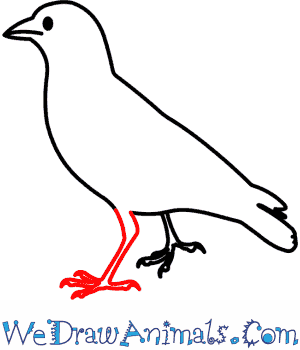 Step 6: Next, draw the second leg in front of the first. Don't forget the small talons on the ends! 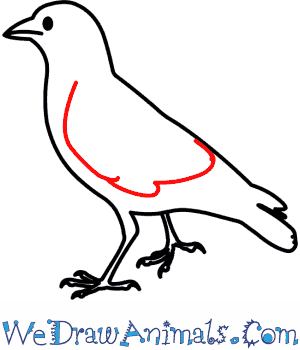 Step 7: Now, draw the wing by making a few curved lines inside the body. The Jackdraw has a wingspan of 64-73 inches and sometimes performs impressive flying displays! You can color the Jackdraw black with shiny gray neck feathers .

Jackdaws are small crows that live in Europe. The common bird is black with shiny gray neck feathers. They measure 13-15 inches long with a 64-73 inch wingspan. The Jackdaw likes to eat insects, insect larvae, small birds, fruit, and acorns. They are found all over Europe and are considered a common bird for the region. Jackdaws like to spend their time in fields, woodlands, parks, and gardens. They like to join big groups of crows no matter what the size. The only place you won’t find a Jackdaw is the Scottish Highlands.

Activity: Create a Jackdaw puppet with a black paper lunch bag, a metallic marker, a blue marker, white construction paper, and black construction paper. Cut out two large white circles for eyes. Then make some black wings and three toe feet. Glue the eyes in place on the bottom of the bag. Draw a “v” shape for the beak and make two blue pupils on the white eyes. Finish by gluing the wings to the back of the puppet and the feet behind the front of the opening. 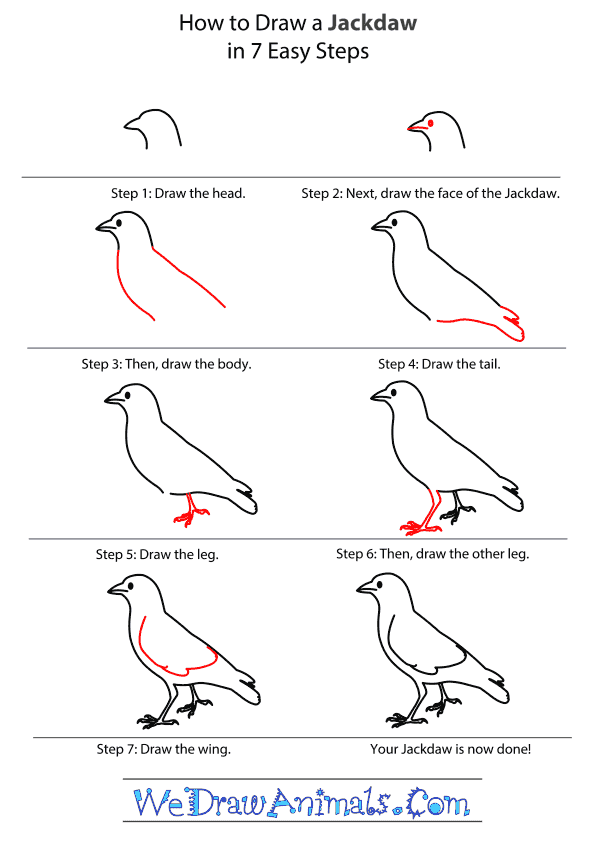 How to Draw a Jackdaw – Step-By-Step Tutorial

Previous post: How to Draw a Great Blue Heron