How to Draw a Jaguarundi 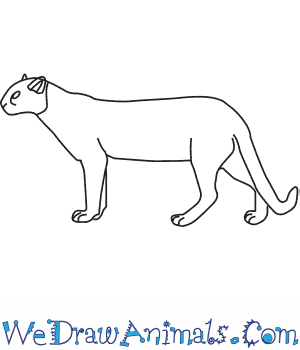 In this quick tutorial you'll learn how to draw a Jaguarundi in 6 easy steps - great for kids and novice artists.

At the bottom you can read some interesting facts about the Jaguarundi.

How to Draw a Jaguarundi - Step-by-Step Tutorial 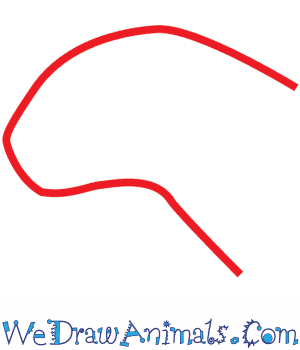 Step 1: Let's begin our jaguarundi - begin with a neck and the rounded head, be sure to include the snout. 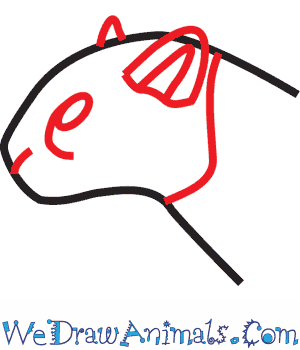 Step 2: Now add the features to the head! Draw the jawline, a balloon shape for the eye, dash for the nose, and the ears. 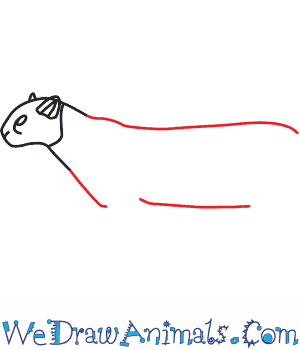 Step 3: Draw a long ridged line for the back, going all the way back to where the tail will start. Add the chest and the belly, leaving a space for the forelegs. 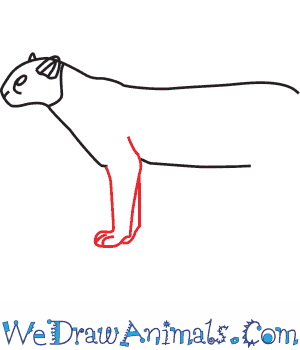 Step 4: Draw the forelegs. Add the joint and go down to the paws. Just on the other side of the leg closest to you, add a line from the joint going down. 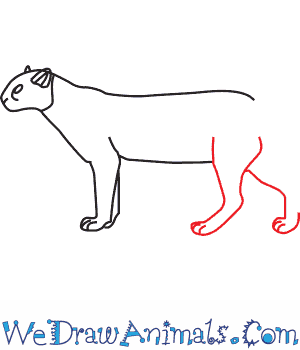 Step 5: Great - move on to the hind legs. The paws on the hind legs have a longer heel and thicker muscles. The jaguarundi uses its hind legs to run and climb! 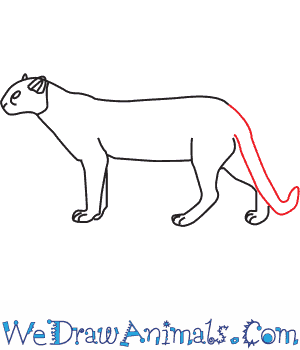 Step 6: Now draw a long tail, looping at the end to point out.

Interesting Facts about the JAGUARUNDI

The Jaguarundi is a member of the mammal family and the scientific term for them is Felis yagouaroundi. This species has an appearance similar to both a cat and a weasel. The behavior is more similar to a cat, but the legs and body are as a weasel’s. It is blackish in color and has teeth like the Mountain Lion. They live in the deserts of southern Texas, and spend much of their time climbing for food, mostly at night.

There is no set mating season, but when they do have babies, it is usually under a fallen tree. The babies can be greyish blue, dark brown, or both. They eat mostly birds, but also lizards, rabbits, rats, mice, and grass. The fur of this animal is not valuable, but as humans build more homes into their habitat, the animal’s population declines. Since there are so few of these creatures, they are endangered of becoming extinct. 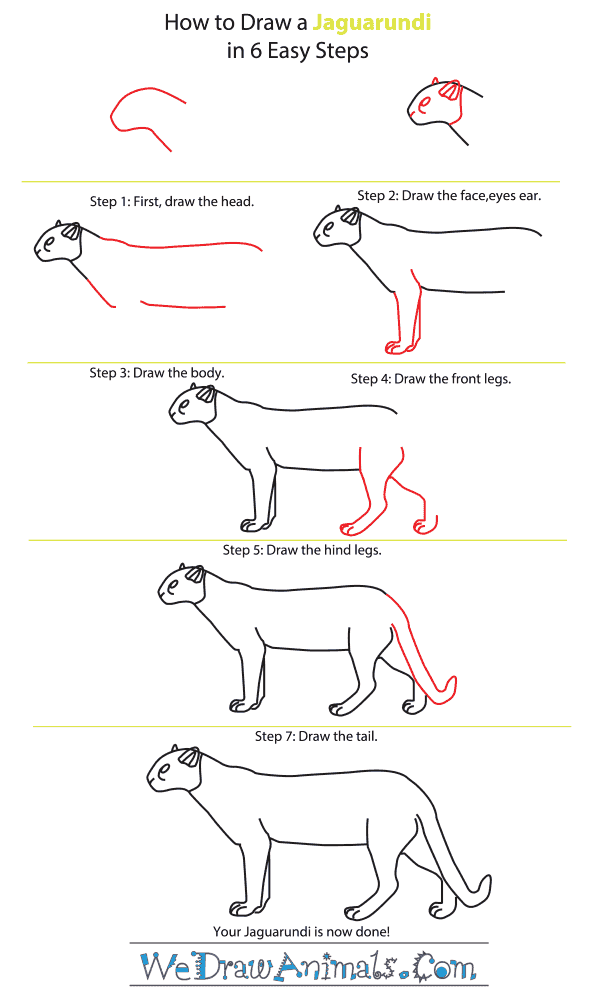 How to Draw a Jaguarundi – Step-By-Step Tutorial