How to Draw a House Sparrow 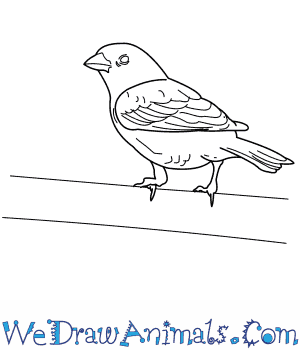 In this quick tutorial you'll learn how to draw a House Sparrow in 9 easy steps - great for kids and novice artists.

At the bottom you can read some interesting facts about the House Sparrow.

How to Draw a House Sparrow - Step-by-Step Tutorial 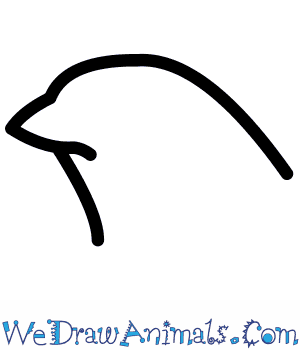 Step 1: Begin your house sparrow by drawing a dome shape for the head. Be sure to add the beak! 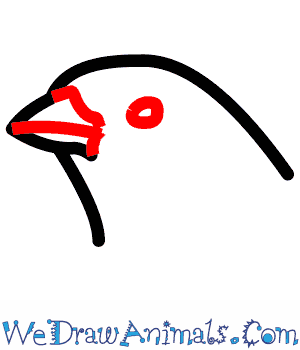 Step 2: Now add some detail to the face! Draw a circle for the eye and a line along the beak for the mouth! 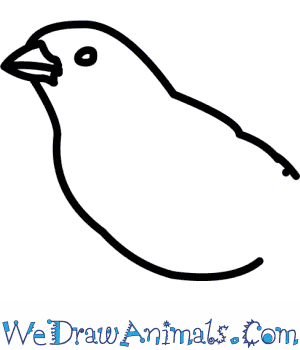 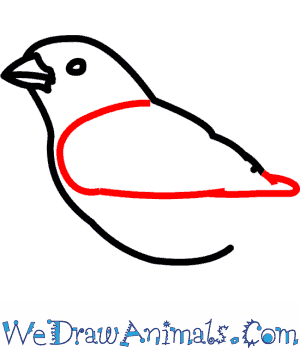 Step 4: Now add the wing! Draw a hook shape that goes along the middle of the body and comes around the base of the sparrow's neck. 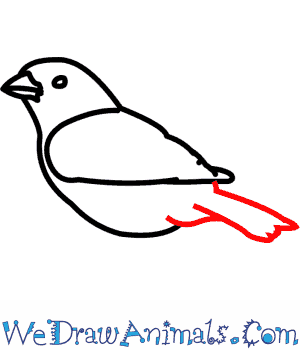 Step 5: Now draw a rectangle for the tail and add a notch to show some feathers. 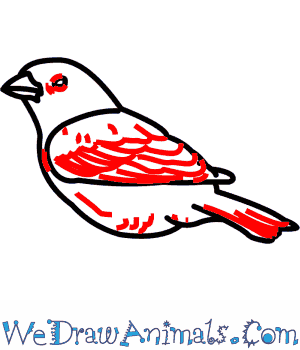 Step 6: Okay great, now add some feather patterns to the wing and tail. Thin oval shapes close together will serve! 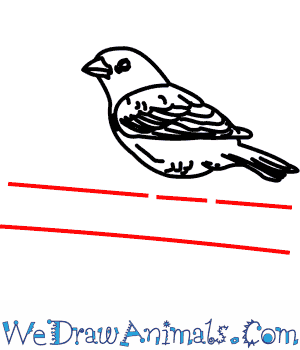 Step 7: Draw two parallel lines for the wood. On the top line, leave two empty spaces for where the sparrow's feet will go. 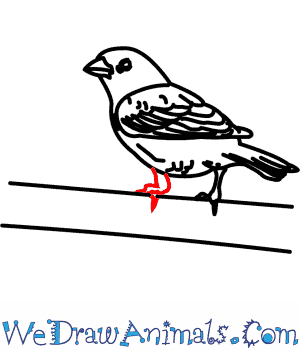 Step 8: Now draw the leg. Did you know this bird is called house sparrow because it is only found around manmade objects, like buildings? 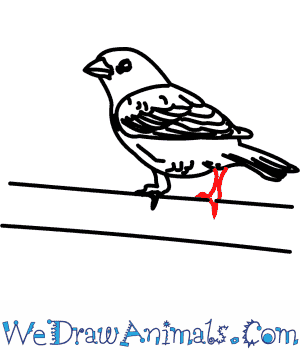 Step 9: Awesome, now draw the other leg! Like the last, make sure the sparrow's back talons are fitting into the space we left in the top line!

Interesting Facts about the HOUSE SPARROW

The House Sparrow is a member of the bird family and the scientific term for them is Passer domesticus. This species is native to Europe and Asia, are found worldwide in more places than any other bird, and focus on nesting near human habitations. They have a grey body with brown on the back, white stripes, and black on the beak and eyes.

They eat mainly seeds, grain, and weeds, but also insects and human food. Their predators are mostly cats, owls, and hawks. Sometimes this animal will lay eggs in the nest of other birds, so that the other species can spend time raising the Sparrow to instead. There is not many of these creatures, but they are the least concern for a possibility of extinction. 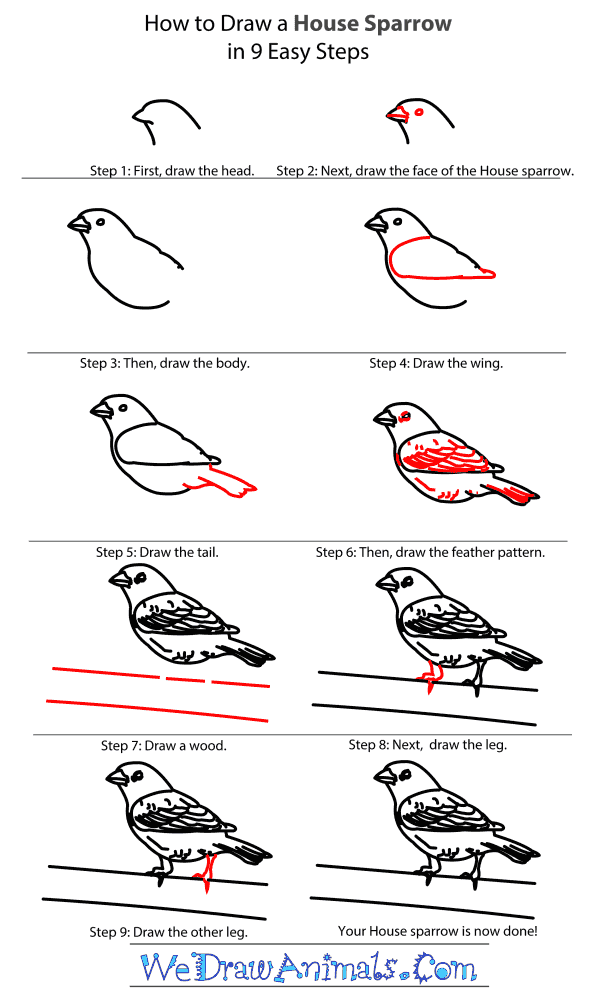 How to Draw a House Sparrow – Step-By-Step Tutorial