How to Draw a Yellowfin Tuna 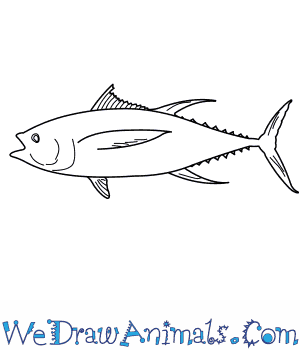 In this quick tutorial you'll learn how to draw a Yellowfin Tuna in 7 easy steps - great for kids and novice artists.

At the bottom you can read some interesting facts about the Yellowfin Tuna.

How to Draw a Yellowfin Tuna - Step-by-Step Tutorial 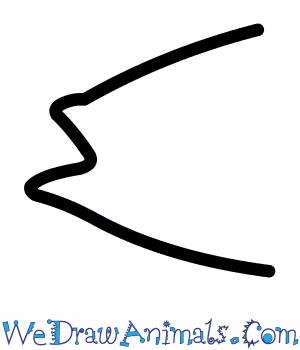 Step 1: Let's begin our Yellowfin tuna. Draw a triangular head with a large inward dent for the mouth. 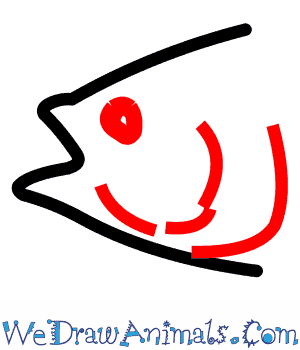 Step 2: Next, add some detail to the head - draw a circle for the eye and two half circles for the gills. 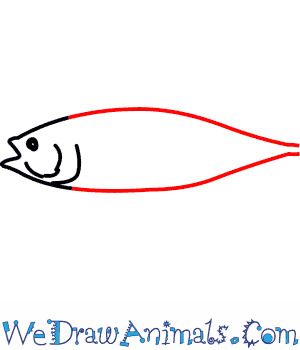 Step 3: Draw two lines for the body - sloping them outwards slightly then narrowing them at the end. Leave a gap for the tail. 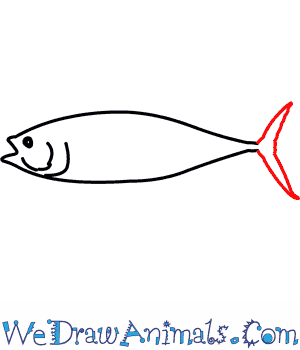 Step 4: Draw a thin moon for the tail. 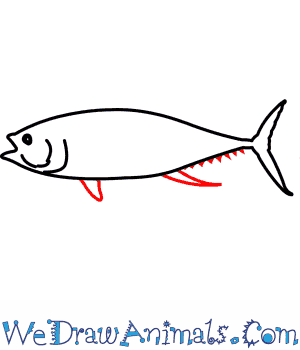 Step 5: Okay, let's draw the lower fins. Draw the first near the gills, the second towards the back of the fish (pointing it right), and finally draw several small spikes from the back fin to the tail. 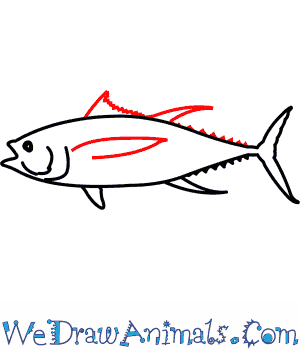 Step 6: Draw a sharp, jagged dorsal fin with the back part pointing to the right. Draw another fin on the body starting it near the gills and leaving a gap. 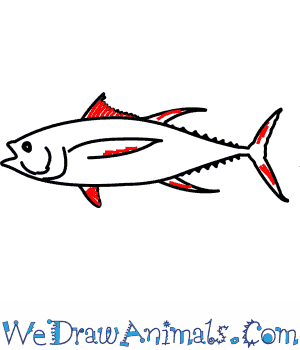 Step 7: Now you're ready to add detail - draw some lines inside each fin and on the tail.

Interesting Facts about the YELLOWFIN TUNA

The Yellowfin Tuna is a member of the fish family and the scientific term for them is Thunnus albacares. This species is a large food source and is often mistaken for and sold as the Ahi Tuna and the Albacore Tuna. They live in tropical and subtropical waters near the surface, in the central area of the ocean.

These animals are so large, that they travel in groups with dolphins and whales, or sometimes with logs and small boats. They have a characteristic top and bottom vertical fin that are yellow and shaped like sickles. Since there are so few of these creatures due to the demand of using them as food, they are near threatened to extinction. 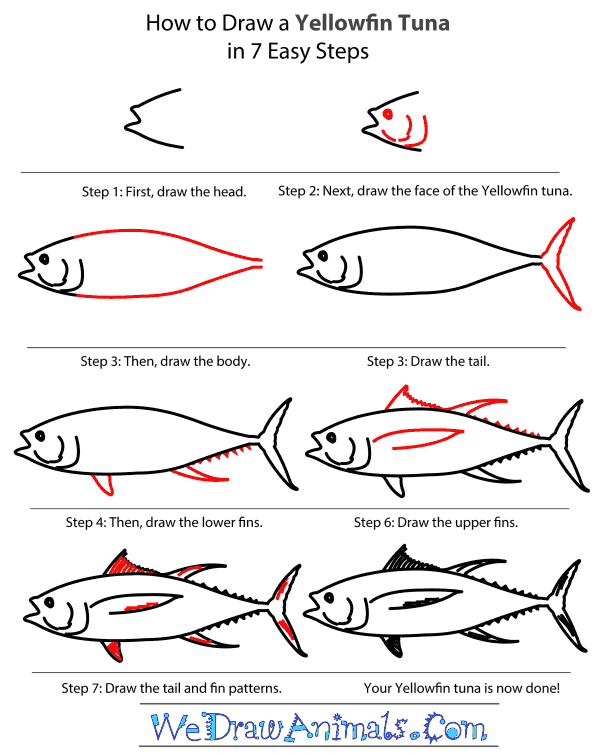 How to Draw a Yellowfin Tuna – Step-By-Step Tutorial