How to Draw a Kangaroo Rat 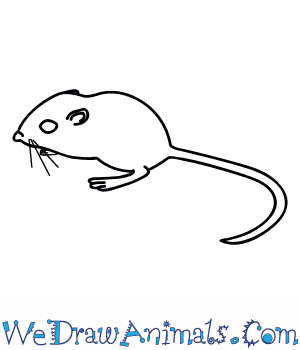 In this quick tutorial you'll learn how to draw a Kangaroo Rat in 6 easy steps - great for kids and novice artists.

At the bottom you can read some interesting facts about the Kangaroo Rat.

How to Draw a Kangaroo Rat - Step-by-Step Tutorial 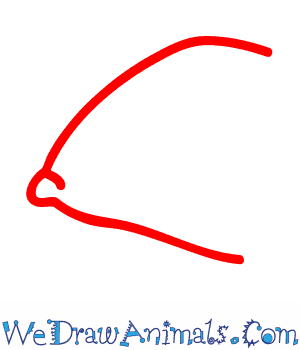 Step 1: Kangaroo Rats are tiny desert rodents, who hop to keep their feet from burning on the hot sands. Start drawing one by making the head, a small round curve for the nose, connected to a slanting line that goes up and to the right, rounding off to make the top of the head. Below the nose, make a slightly bumpy down and right slanting line to make the chin and half of its lower body. 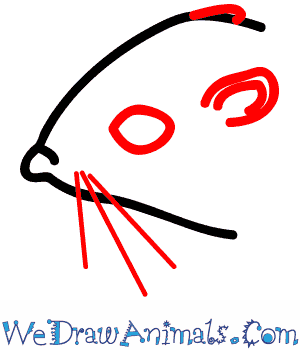 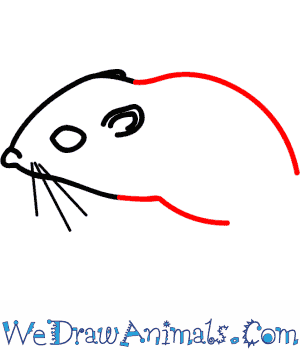 Step 3: Next we draw the body. The top is a small horizontal line, that then gives way to a big hump, going up briefly and then down. Leave space to draw the tail later! The belly is drawn with a slightly longer horizontal line, before putting in a curve that goes down, then straight back. 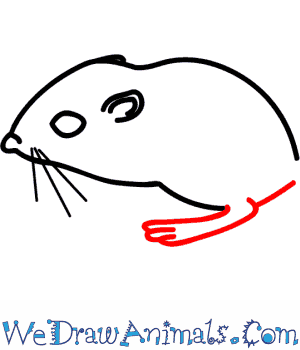 Step 4: To draw the leg, make a curve that goes from the very back of the belly you've drawn, down slightly but to the left. Make a loop back with the line to make the first toe. Add two more loops just underneath to make the next two toes, before drawing a line that curves slightly up and to the right, curving up at the end to connect to the body. At the back of the leg, put in another curve that almost touches the back. Did you know that with these legs, Kangaroo rats can jump seven to eight feet into the air? 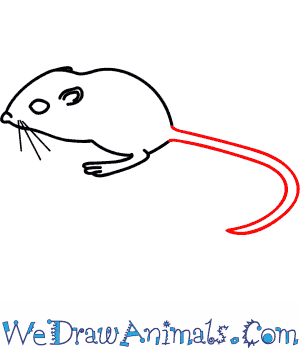 Step 5: Now for the long tail! It can be made with two sweeping curves that start on either side of the gap you've left. It can start horizontal like shown here, before turning down and to the left. The lines should in with a gentle point. Note that the tail is actually longer than the Kangaroo Rat's body! 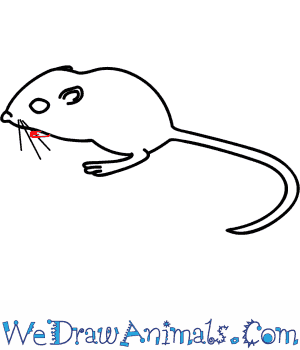 Step 6: To make the hands, simply imply them with a few looping horizontal lines just underneath the whiskers. Now you've drawn your Kangaroo Rat!

Kangaroo rats are small rodents that are native to North America. They got their name from the way they hop on their hind legs, which are larger than their two front legs. They move quickly when they hop.

Like rooms in your house, the chambers of an underground burrow system are used for sleeping, eating, and storing food. The number of chambers depends on how many kangaroo rats live in one burrow system. Kangaroo rats sometimes live in large groups called colonies, but they tend to be solitary creatures. 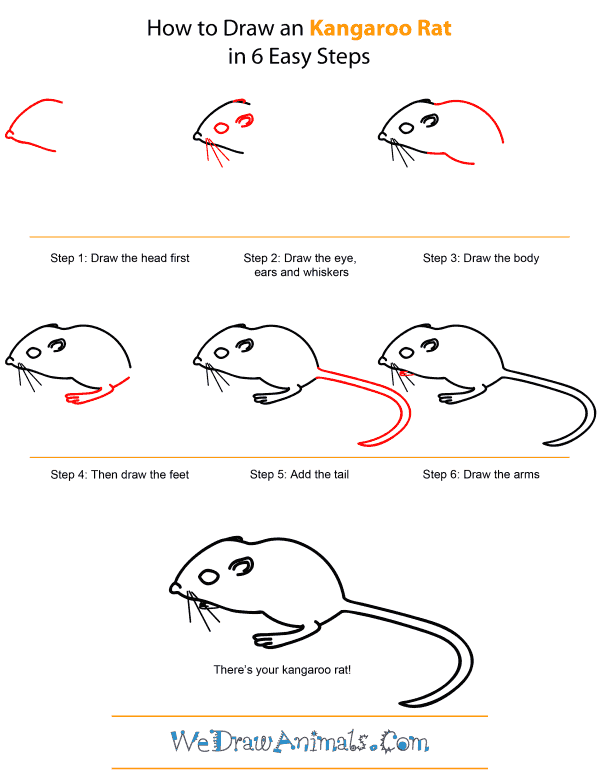 How To Draw A Kangaroo Rat – Step-by-Step Tutorial