How to Draw a Yorkie Dog 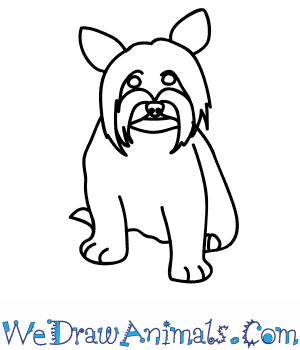 In this quick tutorial you'll learn how to draw a Yorkie Dog in 9 easy steps - great for kids and novice artists.

At the bottom you can read some interesting facts about the Yorkie Dog.

How to Draw a Yorkie Dog - Step-by-Step Tutorial 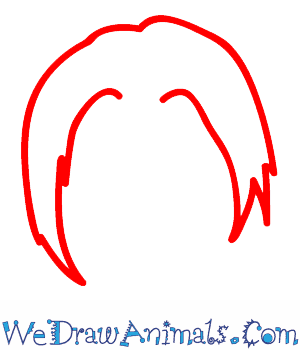 Step 1: A Yorkie is a small, long haired cute dog. To start drawing one, let's start with the floppy hair on its head. Make two curves, one left and one right, that meet with a small divot. The curves should go down on either side, making the hair on its head, with jagged lines on the ends to imply furry ends. Then make a line going up, to end in sharp curves on either side to make the interior of the fur. 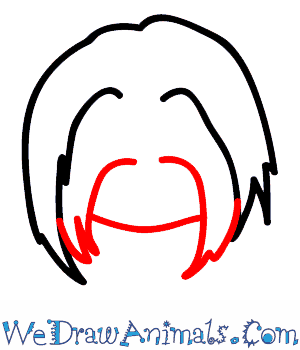 Step 2: Now for the fur around the mouth and face, which looks a bit like a mustache The Draw to lines that almost meed in the middle of the face, going left and right. The liens should curve down quickly, and end with a few jagged lines that connect to the outer hair you've already drawn. Draw a downward curving line near the bottom to connect to two sides. 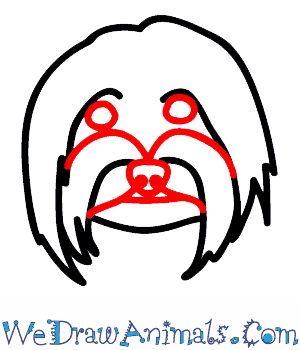 Step 3: Now for the eyes! Make two circles on either side, just under all the hair to make those. Then draw two curves underneath that to make the tops of the 'mustache.' Add an oval with two circles in it to make the nose, and put in two lines that connects the nose to the mustache to make the lips. 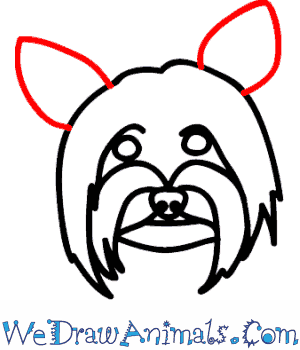 Step 4: Now put in two pointy ovals on either side of the head to make the ears. Yorkies are known to bark more than many other breeds of dogs. Maybe they can hear something we can't? 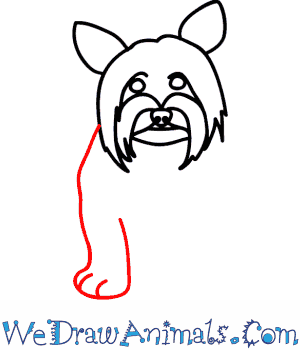 Step 5: Let's make the left shoulder, leg and paw! Draw a line from the left side of the head, that slants down and to the left, before turning at the 'elbow.' It should go down, being a bit wobbly to imply thick fur, before turning into a semi-circular shape to make the foot. The other side of the foot should have a line that goes up, and curves in slightly. Add lines at the bottom of the foot to make the toes. 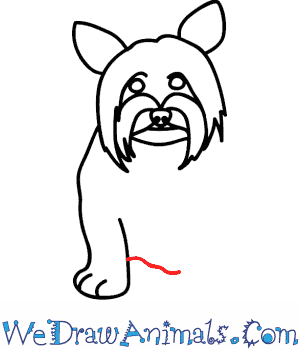 Step 6: Put in a small line that starts halfway down the leg and goes down and to the right to make the lower part of the lower body. The line can be wobbly, to imply thick fur. 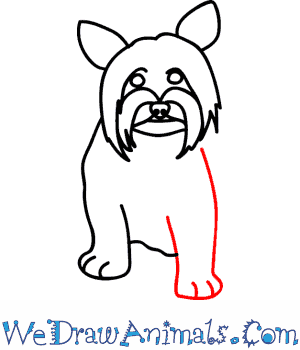 Step 7: Now for the right front shoulder, leg and foot! Start a line going down, that's not quite connected to the cheek on the right side of your dog. It should be almost horizontal, slanting to the right slight, before turning to be perfectly straight. At the bottom, it should become a rounded wedge shape to make the foot. A line should go up, but curve very slightly to the left to make the leg. Add lines at the bottom of the feet again to make more toes. 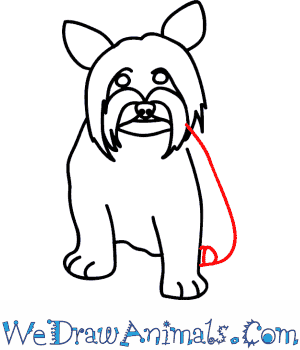 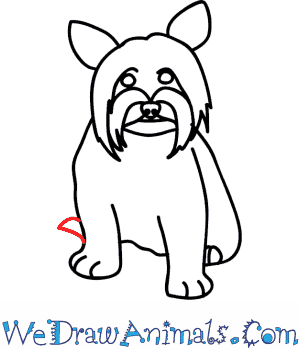 Step 9: Let's finish our dog by making a small point of a tail, poking out just left and above the left foot. And there you have it, you have a Yorkie! They are usually black and brown, so go ahead and color yours in!

The Yorkshire terrier, nicknamed Yorkie, is native to Yorkshire, England. In the 19th century, they were originally bred to kill rats and small animals that lived in burrows underground. Pet Yorkie dogs still like chasing small animals that resemble rodents.

The smallest Yorkshire terrier on record was a dog named Sylvia from Blackburn, England. She was about 2.5 inches tall, and she weighed only four ounces. Sylvia only lived to be two years old, a much shorter lifespan than the average Yorkie dog. 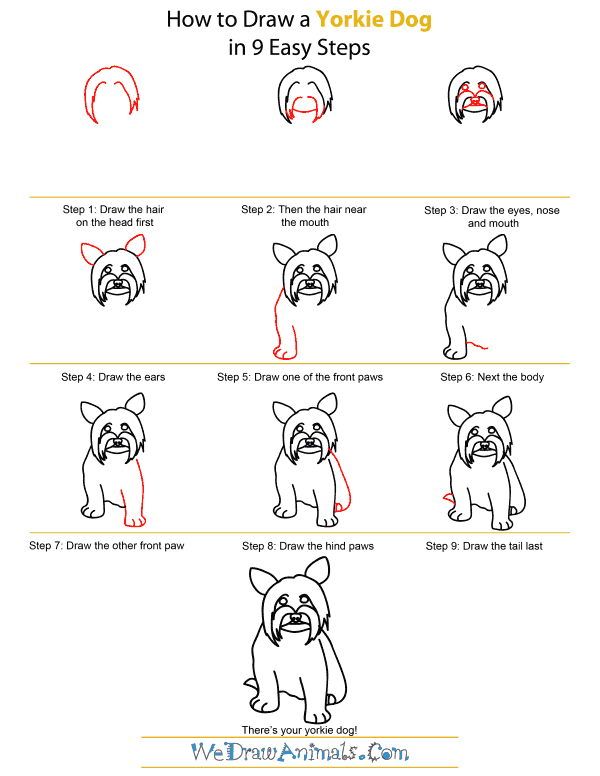 How To Draw A Yorkie Dog – Step-by-Step Tutorial