How to Draw a King Penguin 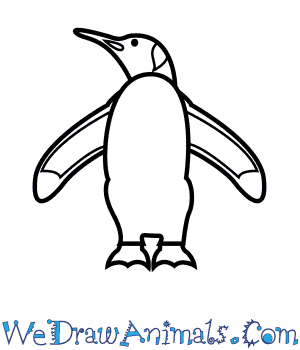 In this quick tutorial you'll learn how to draw a King Penguin in 5 easy steps - great for kids and novice artists.

At the bottom you can read some interesting facts about the King Penguin.

How to Draw a King Penguin - Step-by-Step Tutorial 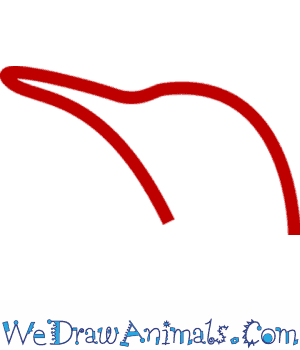 Step 1: Draw the head by drawing a long, bowed line for the bottom of the head and the beak. At the tip of the beak, turn sharply to make a long, narrow shape, then end it by curving outward to make the head. 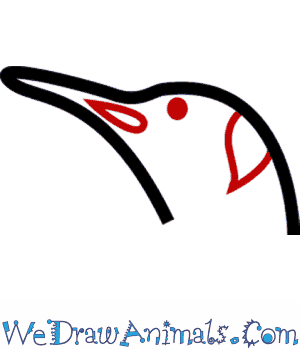 Step 2: Add the eye and patches. There will be one patch on the back of the head and another along the side of the beak. On the king penguin these are bright orange. 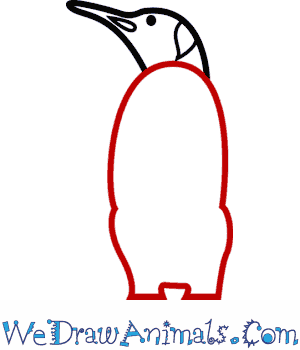 Step 3: Draw the body. Start with a long egg-shape just under the head, then straighten out the sides downward till you draw two humps for the legs, with a notch in the middle at the bottom of the body where they separate. 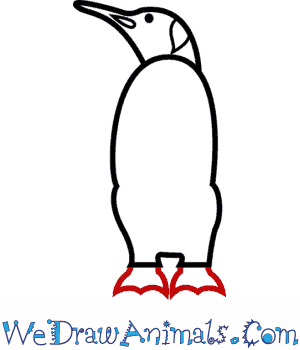 Step 4: Then draw the feet, using two fan shapes with two semi-circle dips in each. These look almost like duck fins. 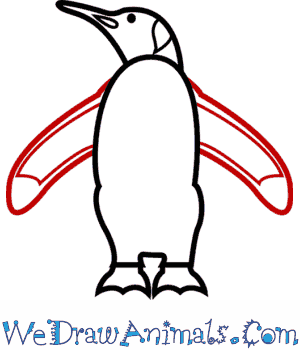 Step 5: Finally, draw the feathers. For this step, imagine two halves of a boomerang on either side of the penguin, starting at the shoulders and sloping more than halfway down the body and outward. Make sure to include and outline on each to show the inner white pattern against the outer black feathers.

Interesting Facts about the King penguin

The king penguin is a type penguin that is the second largest of all penguins, second to the emperor penguin, and can be found in sub-Antarctic waters. These large penguins grow to be around 95cm in total length as adults and a weight of 13kg. Unlike the usual idea of penguins being only black and white, these penguins are more colorful and have a vibrant orange-gold color on the sides of its neck and paler orange at the top of its chest. 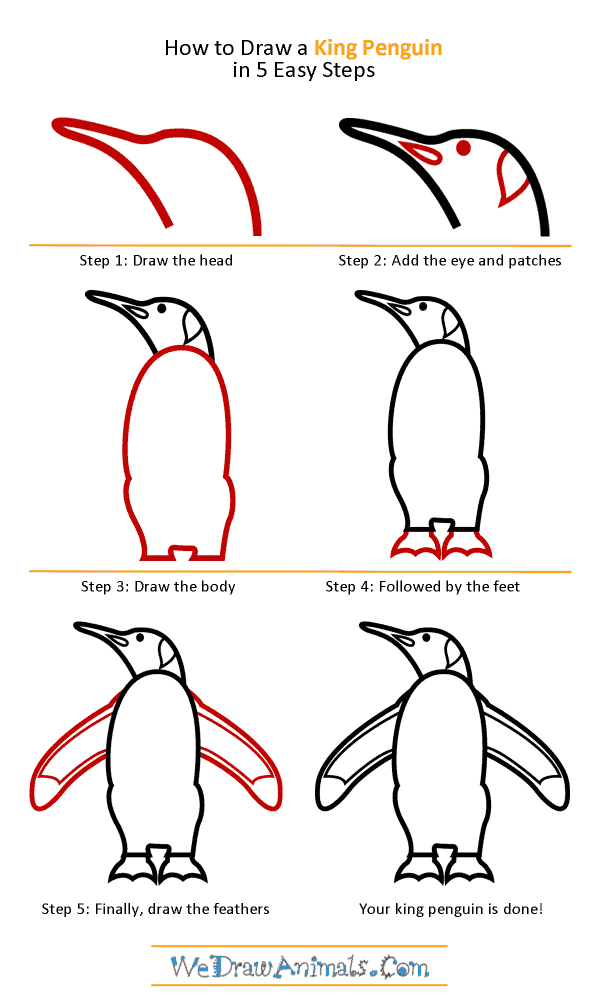 How to Draw a King Penguin – Step-by-Step Tutorial