How to Draw a Killer Shrimp 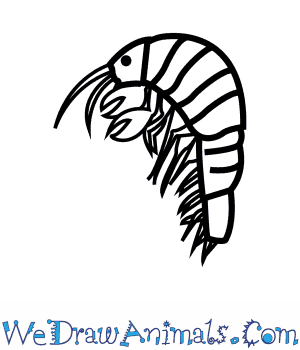 In this quick tutorial you'll learn how to draw a Killer Shrimp in 8 easy steps - great for kids and novice artists.

At the bottom you can read some interesting facts about the Killer Shrimp.

How to Draw a Killer Shrimp - Step-by-Step Tutorial 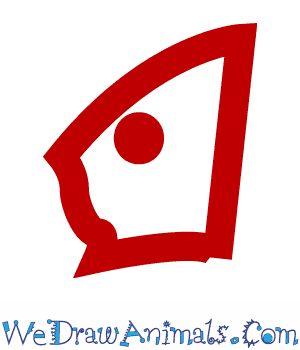 Step 1: Draw the head, using a shape almost like a slice of pie, round edge as the face, with a small notch near the bottom, and a large dot for the eye. 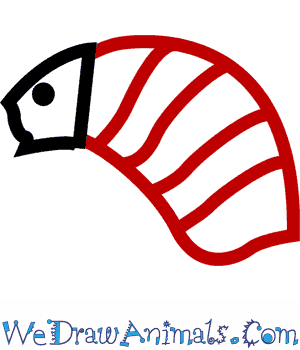 Step 2: Then draw the segmented abdomen. This should look like a seashell, which is a related body type. It will start behind the head and taper back, pointing down. Draw a group of lines for the segments. 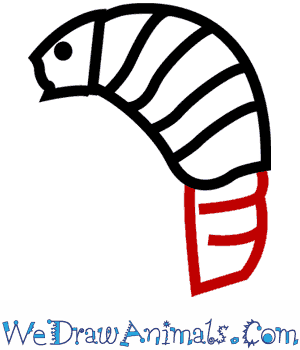 Step 3: Draw another layer of segmented body, under the larger first part. This will be straighter and much shorter. 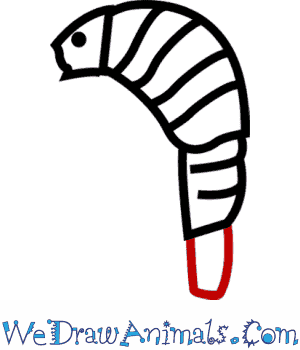 Step 4: Add the tail, which is another short rectangular shape at the bottom of the body, with no lines for segments. 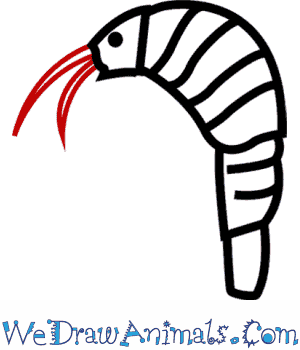 Step 5: Draw the antennae, using two long, curved, narrow lines, starting from the middle of the face—between the notch and the curve of the “pie piece” shape. 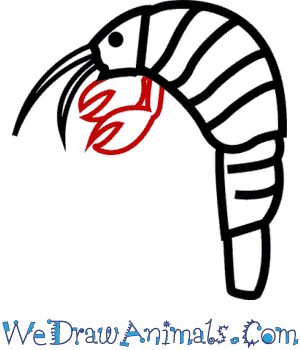 Step 6: Draw the clamps. These will be two open oval shapes just under the head, attached to the body with two narrow arms. 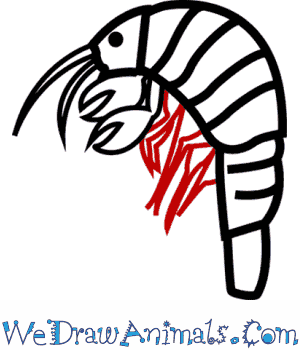 Step 7: Draw its three pairs of legs, with very thin, bent lines coming from the middle of the body above the tail. 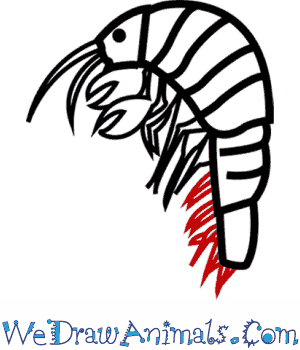 Step 8: Then draw a group of smaller legs below it, on the lower segment and tail.

Interesting Facts about the Killer shrimp

The killer shrimp is a highly invasive type of shrimp that is native to eastern Europe and is started to be introduced to other parts of the continent. This shrimp has become quite notorious as they will invade areas and kill the preexisting creatures, though often won’t eat them. They have earned the title of being one of the most successful invaders of freshwater systems. 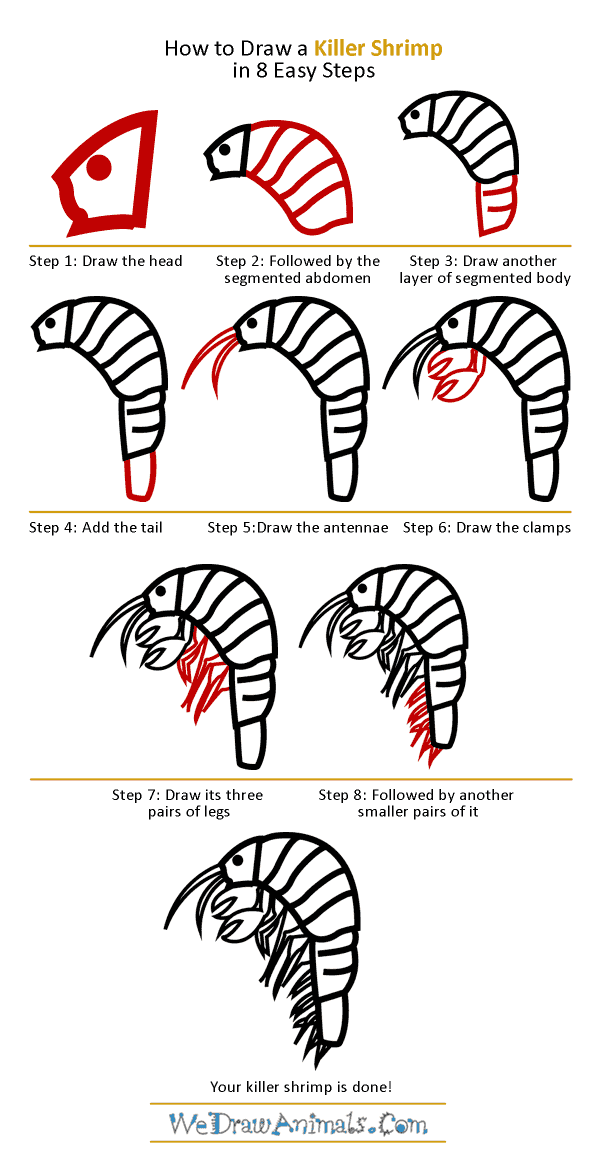 How to Draw a Killer Shrimp – Step-by-Step Tutorial