How to Draw a Humboldt Squid 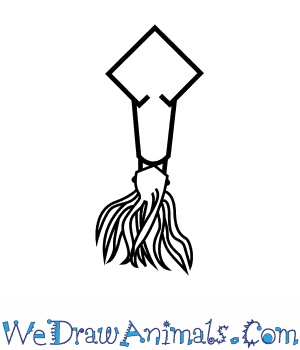 In this quick tutorial you'll learn how to draw a Humboldt Squid in 4 easy steps - great for kids and novice artists.

At the bottom you can read some interesting facts about the Humboldt Squid.

How to Draw a Humboldt Squid - Step-by-Step Tutorial 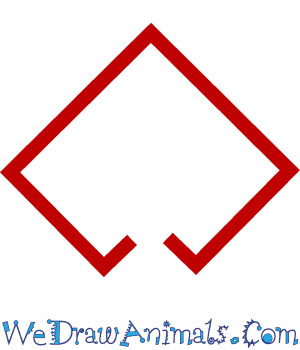 Step 1: First, draw the head. Start with a square turned on its edge, like a diamond. Leave a gap at the bottom point and draw two small lines tapering into the square. This will be the fin at the top of the body. 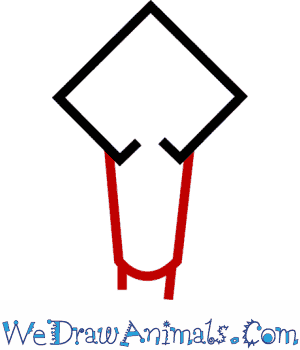 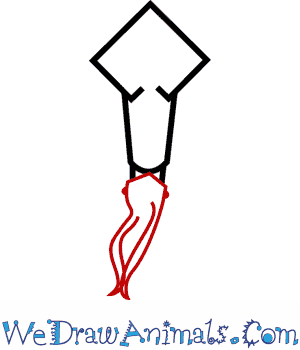 Step 3: Draw the eyes and tentacles. Start with two lines meeting below the mantle like the roof of a house, and then use long, smooth lines descending from that to show the face and two narrow tentacles. Don’t forget the eyes on the side of the head, which are very large on Humboldt squids and squids in general. 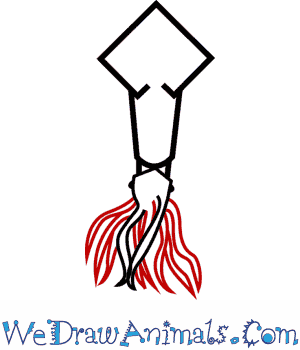 Step 4: Continue adding the eight tentacles. Draw these like the first two tentacles, waving in different directions and coming from the side and bottom of the head along with the front two.

Interesting Facts about the Humboldt squid

The Humboldt squid, also commonly known as the jumbo squid, is a type of large quid that can be found in parts of the eastern Pacific Ocean. These squids are one of the largest of all squids, growing to be around 1.5m in total length of their mantle.

How to Draw a Humboldt Squid – Step-by-Step Tutorial