How to Draw a Kit Fox 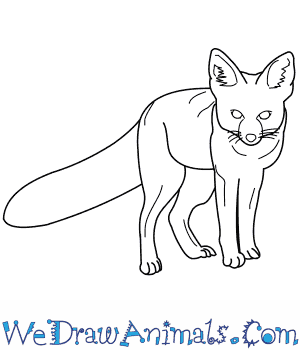 In this quick tutorial you'll learn how to draw a Kit Fox in 9 easy steps - great for kids and novice artists.

At the bottom you can read some interesting facts about the Kit Fox.

How to Draw a Kit Fox - Step-by-Step Tutorial 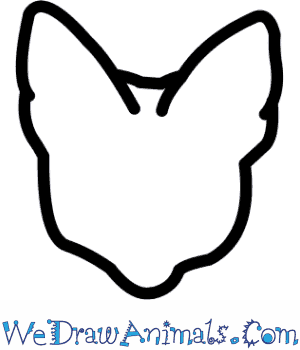 Step 1: First, let us draw the almost heart-shaped outline of the Kit Fox’s head. Draw the large, pointed ears side-by-side on top of the fox’s head. 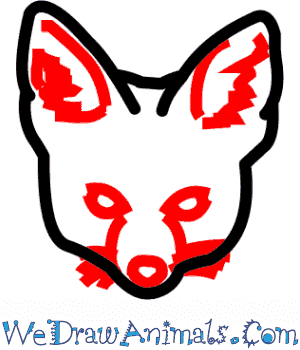 Step 2: Next, draw small dashes on the ears to show the shape of the ears. Draw two slanting oval shapes for the eyes and join them with a U-shaped curve to show the nose of the fox. Draw the nostrils of the fox and add small dashed lines for the whiskers on the face of the Kit fox. 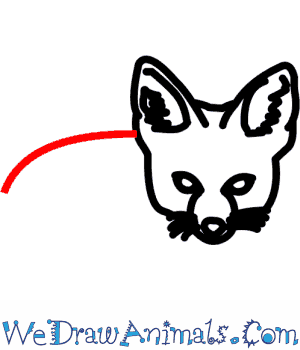 Step 3: Now, draw a curved line for the body of the fox. 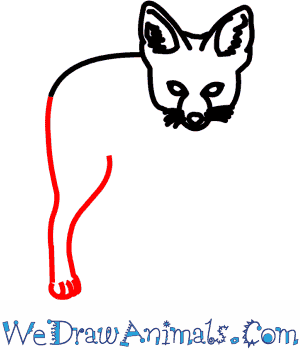 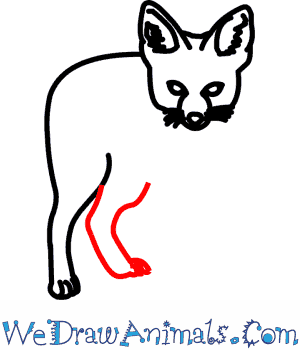 Step 5: Draw the outline of the other hind leg next to the previous one using curved lines. Make it a little smaller than the other and add the small curved lines for the toes. 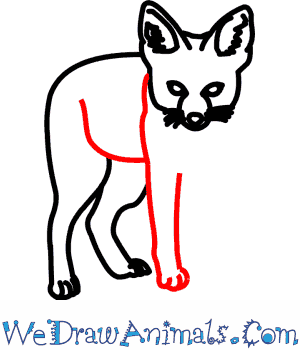 Step 6: Draw a curved line to show the belly of the Kit Fox. Then, draw the front leg, foot and toes as you did in the previous step. Make the front leg thinner and straighter than the hind legs. Leave a blank space to draw the other front leg. 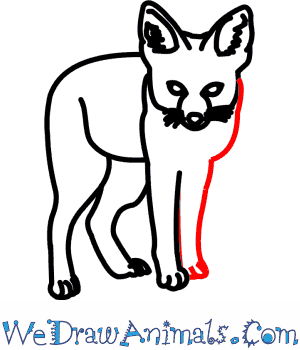 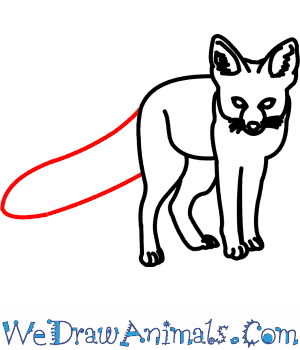 Step 8: Draw the long and bushy tail of the Kit Fox using gently curved lines as shown in the image. 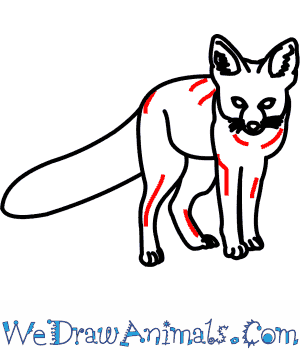 Step 9: Draw the fur patterns on the Kit Fox’s body using short curved lines. Once you finish your drawing, you can start to color in the Kit Fox.

The Kit Fox is the smallest species of wild canine in North America. A grown adult Kit Fox only weighs between three and six pounds. Its body is only about a foot and a half long, not including its tail, which can add another ten to thirteen inches. It’s color is usually a yellowish grey to help it blend in with its desert habitat, with little dark patches near its nose.

The Kit Fox can be found in the far southwestern parts of North America – California, Nevada, Arizona, Utah, Texas, New Mexico and parts of northern Mexico. Sometimes they go as far north as Oregon and as far east as Colorado, though. The Kit Fox is not currently in danger of extinction and is listed as a species of least concern by conservationists. 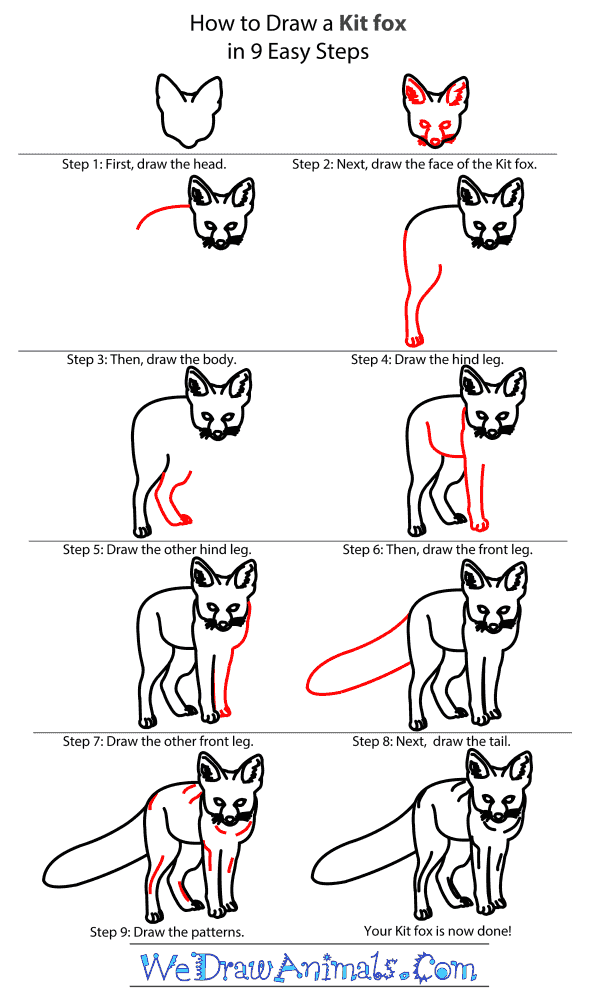 How to Draw a Kit Fox – Step-by-Step Tutorial

Previous post: How to Draw Sally Acorn From Sonic The Hedgehog