How to Draw a Kiwi 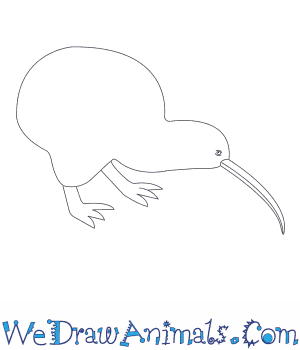 In this quick tutorial you'll learn how to draw a Kiwi in 6 easy steps - great for kids and novice artists.

At the bottom you can read some interesting facts about the Kiwi.

How to Draw a Kiwi - Step-by-Step Tutorial 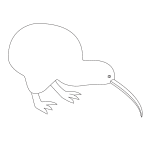 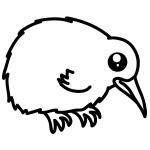 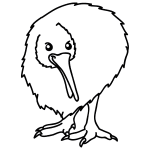 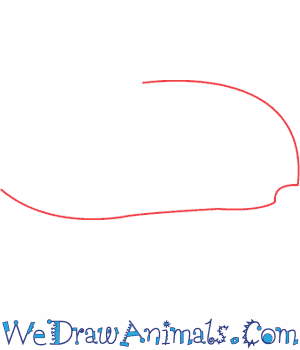 Step 1: Your first step to drawing a kiwi is the head. Since your kiwi will be bent over, draw a line that is straight on the bottom and curved at the top. 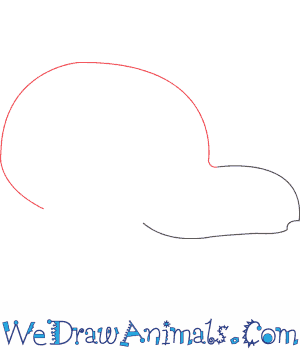 Step 2: Next, draw the body. The kiwi's body is bigger and more round than the head. Kiwis can weigh up to 7 pounds.Now draw the leg. This is just the furry part of the leg, not the bony part, so all you need to do is draw a small hump. 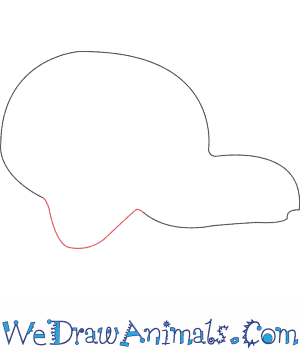 Step 3: Then draw the feet. Like many other birds, kiwis have long bony legs with claws on their feet. 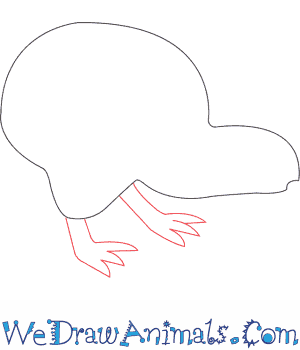 Step 4: Your next step is to draw the beak. Kiwis have very long and narrow beaks, much longer than most other birds. Did you know? Kiwis are the only birds in the whole world who have nostrils at the end of their beaks! They also have an excellent sense of smell. 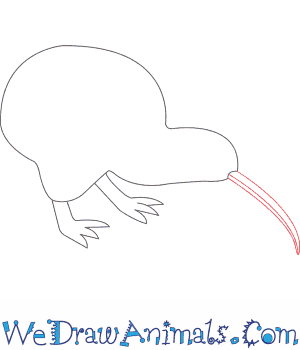 Step 5: For your last step, draw the eye. Just draw a small circle with curved lines above and below it. 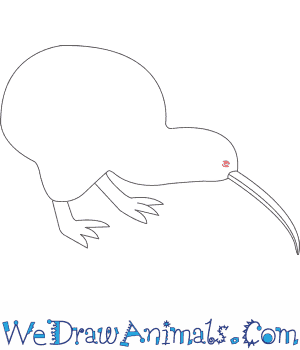 Step 6: Now that you're done drawing your kiwi, you can color it and add detail! Kiwis are brown or tan and their fur has a shaggy, spiky look to it. If you'd like, you can add some trees and other plants as well.

Kiwis are brown and fuzzy birds that cannot fly. They have long sharp beaks and round bodies that resemble the kiwi fruit. Kiwis all live in the forests of New Zealand. The kiwi is the national bird and icon of New Zealand.

Kiwis are said to be related to ostriches and emus, two other kinds of birds that are flightless. Kiwis are endangered, and there are approximately 200 left in the wild. The kiwi population in New Zealand decreased due to their predators, which are typically dogs, cats, rats, weasels, and ferrets. 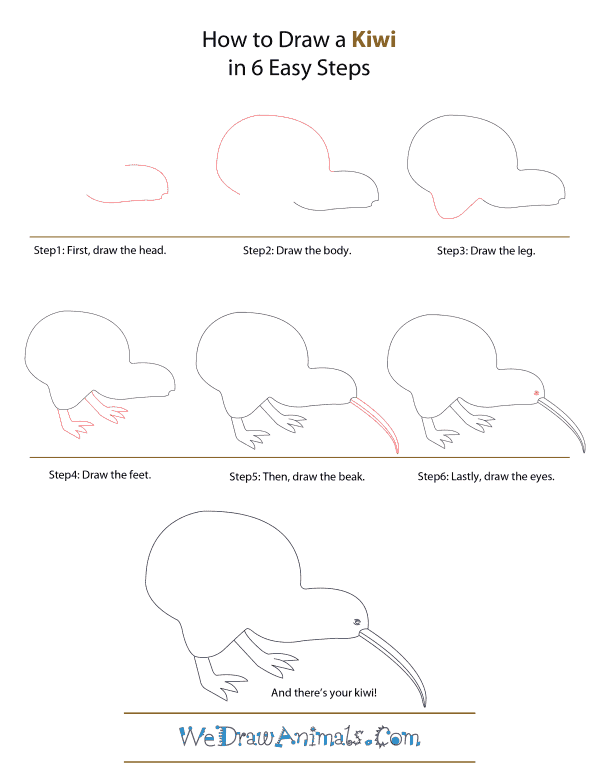 How To Draw A Kiwi – Step-by-Step Tutorial