How to Draw a Lake Magadi Tilapia 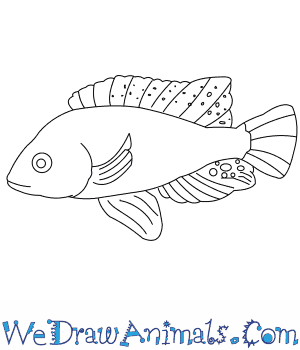 In this quick tutorial you'll learn how to draw a Lake Magadi Tilapia in 7 easy steps - great for kids and novice artists.

At the bottom you can read some interesting facts about the Lake Magadi Tilapia.

How to Draw a Lake Magadi Tilapia - Step-by-Step Tutorial 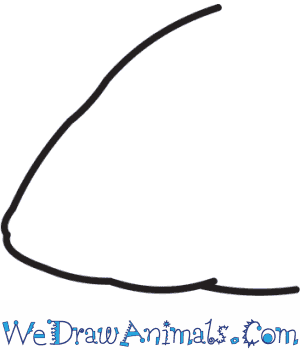 Step 1: Draw a curved, sideways V-shape for a head. 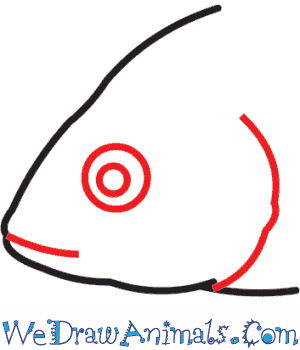 Step 2: Draw a small curve in the point, a circle within a circle in the upper-middle, and a large upward curve from the bottom end. 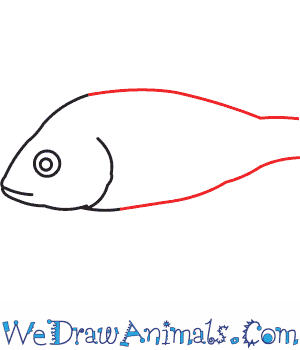 Step 3: Connect each end of the head to a curved line that stretches outward, then back in, making a vase-like shape. 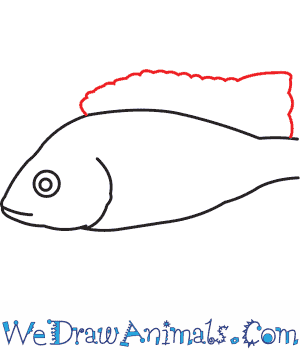 Step 4: From the back of the top of the head, draw a wavy, angular shape that goes up slightly, bends back over the body, then bends down to meet the rear end. 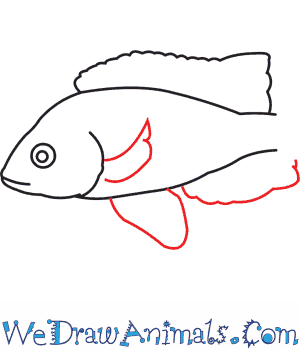 Step 5: Next to the gill, draw a curve that goes back and upwards, then bends back under itself. At the same point underneath the body, draw a U-shape. Behind this fin, draw a wavy curve that goes from this point to the rear end. 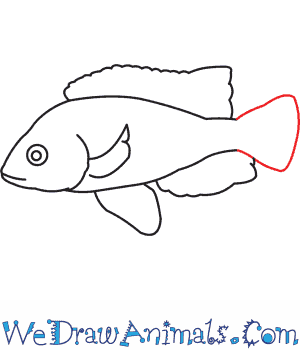 Step 6: In the gap at the rear, draw a curved, triangle-like shape that connects the ends. 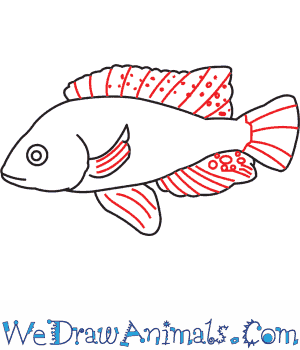 Step 7: Draw lines in all of the fins, and add a few small circles in the top and bottom rear fins. You have drawn a Lake Magadi tilapia! You can color it a pale greenish color with darker markings. These fish can survive in very high temperatures, but it makes it hard for them to breathe, and they have to gulp air to help.

The Lake Magadi Tilapia is a member of the fish group and the scientific term for them is Alcolapia grahami. Their aquatic habitat is in Kenya of Africa and is extremely saturated with saltwater and is very alkaline. Unlike most fish expelling ammonia, this creature only expels urea since the pH level of the lake is so high and therefore prevents the absorption that the other species’ can do.

Another unique trait of this animal is in how it diffuses nitrogen into the water after eating bacteria that contains a lot of nitrogen. When the water temperature increases to an extreme level, the available oxygen in the water decreases. Simultaneously, the urea amount and the metabolism rate, increase. This extra demand for oxygen in the fish causes them to breach the water’s surface and gasp for air, which satisfies their demand. These animals have a low population amount and are considered to be vulnerable for extinction. 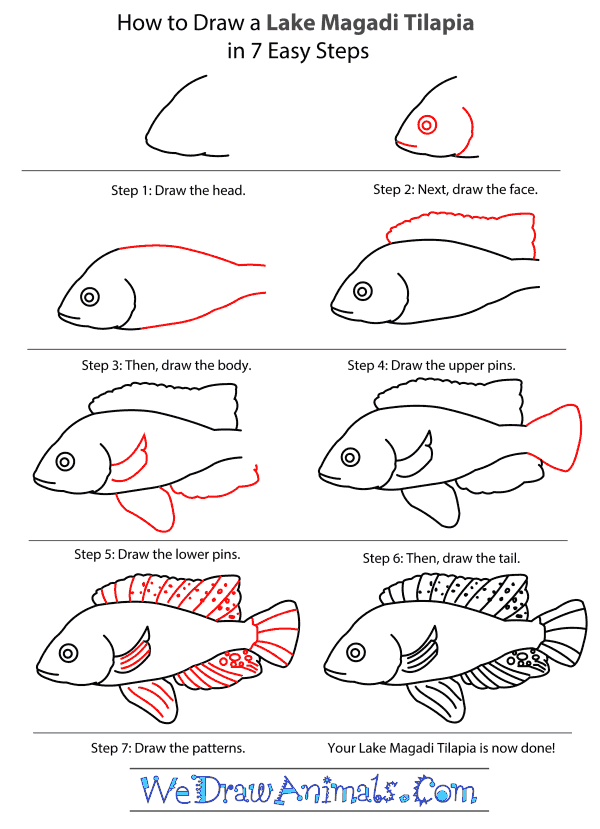 How to Draw a Lake Magadi Tilapia – Step-by-Step Tutorial

Next post: How to Draw a Lamington Spiny Crayfish