How to Draw a Lamington Spiny Crayfish 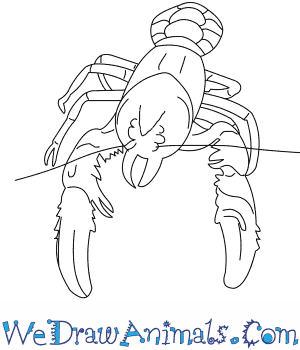 In this quick tutorial you'll learn how to draw a Lamington Spiny Crayfish in 7 easy steps - great for kids and novice artists.

At the bottom you can read some interesting facts about the Lamington Spiny Crayfish.

How to Draw a Lamington Spiny Crayfish - Step-by-Step Tutorial 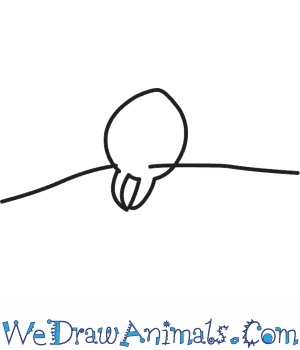 Step 1: Draw a teardrop for the head. At the bottom of the head, draw two long lines that go straight out from the sides, and two pairs of curves that meet at a sharp point under those. 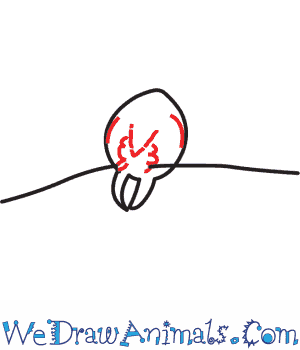 Step 2: Draw a V in the middle of the head. Under that, draw a 3 on the right and a backwards 3 on the left. Draw small curved lines on the sides of the head, and two small lines on the bottom left side. 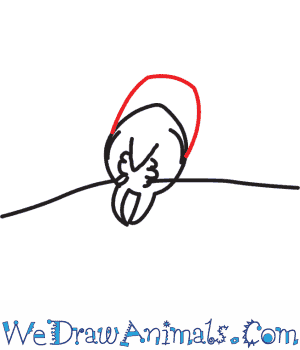 Step 3: Draw a curve that goes up from ones side of the head, over it, and down to meet the other side for the body. 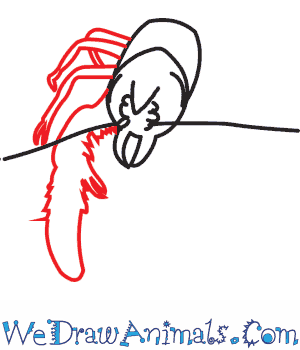 Step 4: On one side of the head, draw a curve down, which zig-zags at the midpoint, then curves back up under itself to meet the head again, and zig-zags at the upper part. On the same side of the body, draw a line going straight out, bends down into two-pointed foot, then back up and to the body. Make two more legs like this. 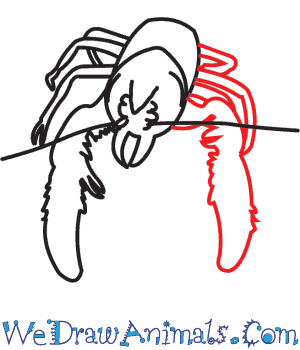 Step 5: Make a mirror image of step 4 on the opposite side of the body. 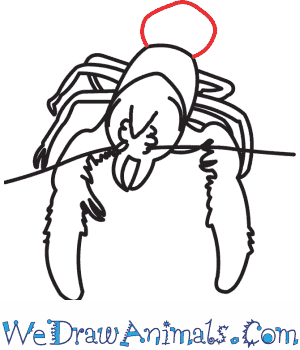 Step 6: Draw a teardrop shape above the body. 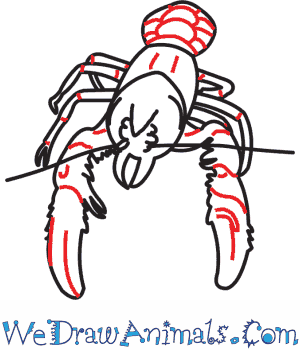 Step 7: Using the image guide for help, draw line patterns all over the body. Done! You can color it blue with pale yellow/white marks on the body, and small red marks on the front claws.

The Lamington Spiny Crayfish is a member of the crustacean group and the scientific term for them is Euastacus sulcatus. They are a freshwater crayfish that lives in Australia. This is a Cherax type of animal because it is the most common crayfish in the Southern Hemisphere. They are in the Parastacidae family because fossil records place it on every continent that is south of the equator.

The creature has a brilliant blue body and roams in the forest when the ground is wet. In some areas the trees are in a rainforest, but sometimes it is a sclerophyll forest because the leaves are hard and clustered, where the animal lives mostly in streams. They are frequently abducted as a food source to humans, and they are often found at dams, ponds, lakes and rivers in the eastern states of Australia. This species is usually caught on a string that has crayfish food on it, or by some other trapping method. These animals have a low population amount and are considered to be vulnerable for extinction. 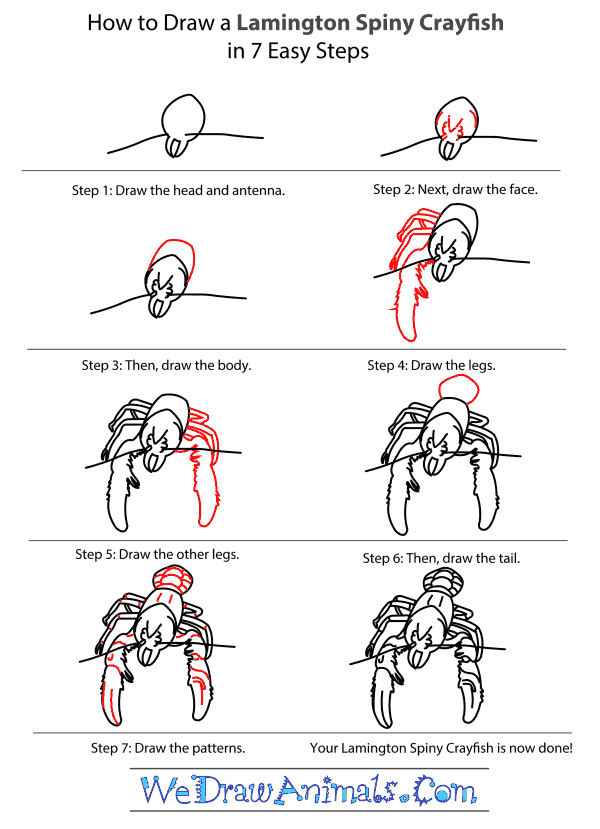 How to Draw a Lamington Spiny Crayfish – Step-by-Step Tutorial

Previous post: How to Draw a Lake Magadi Tilapia