How to Draw a Leopard Robber Frog 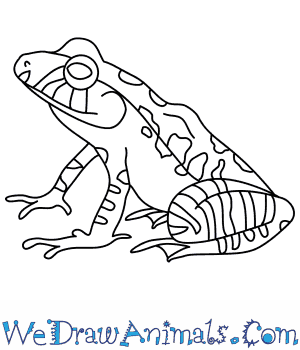 In this quick tutorial you'll learn how to draw a Leopard Robber Frog in 8 easy steps - great for kids and novice artists.

At the bottom you can read some interesting facts about the Leopard Robber Frog.

How to Draw a Leopard Robber Frog - Step-by-Step Tutorial Step 1: First draw the head of your Leopard Robber Frog. To do this draw a curved line at the top connecting to a straight line and then curve it up into a half loop. 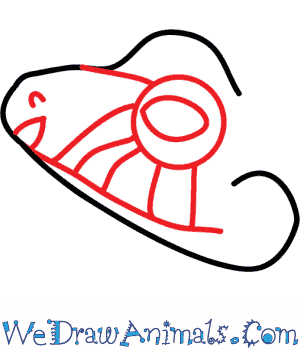 Step 2: Now you will need to add the facial features to your frog. To start draw an oval, surrounded by a circle for the eye. Next draw a small semi circle for the nose and a line for the mouth. Then create the facial pattern above using straight lines. 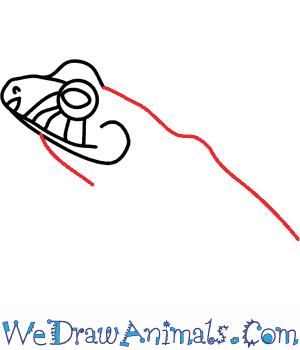 Step 3: The next step is top draw the body. Draw a long line going angled downward from the top of the head. Draw a short line coming out of the bottom. 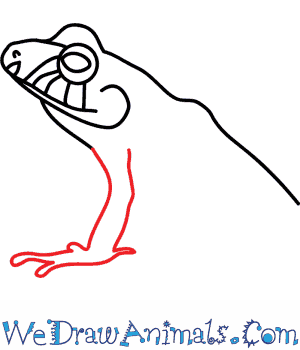 Step 4: Next you will need to draw the first leg. Start with two lines coming straight out of the body. For the foot create 4 long toes and connect them together. 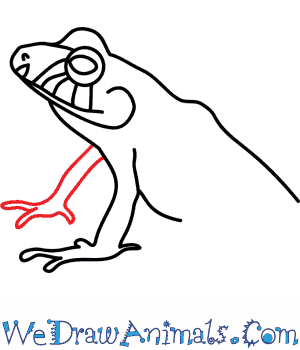 Step 5: Now draw the other front leg. Make it similar to the first but this time only draw three toes. 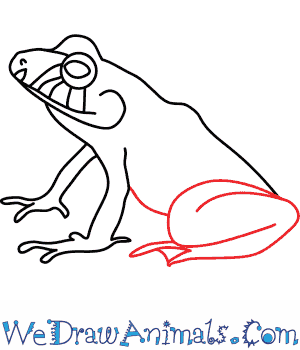 Step 6: The next step is to draw the abdomen and the hind leg. Draw a curved line from the front leg to the beginning of the hind leg. For the hind leg, Use two curved lines to create an S shape like shown above. Add the frogs foot by creating two toes webbed together. 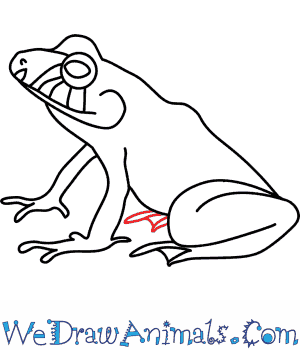 Step 7: To create the back hind leg, you simply need to draw the toes behind the body. Step 8: The final step is to add the pattern to the body. Draw a curved line following along the back. Then drawn a pattern of elongated lines on the hind leg, and jagged semi circles along the body. You have now drawn a Leopard Robber Frog/

The Leopard Robber Frog is a member of the amphibian family and the scientific term for them is Pristimantis pardalis. This animal is native to northern South America and local regions. There are more types of this species than any other vertebrate, amounting to about over 400 variations. They are of the Strabomantidae family because they always give live birth.

This species is active at night and is found usually on low-lying vegetation. These are not a vocal species of frog, but can be found in lowland areas. The iris of the eyes has a copper color. Their back is dark grey to black, while the belly is mostly dark brown, and the sides have irregular silvery white spots that are included in the armpits, groin, down the thighs, and on the lower limbs. Since there are so few of these creatures, they are near threatened to extinction. 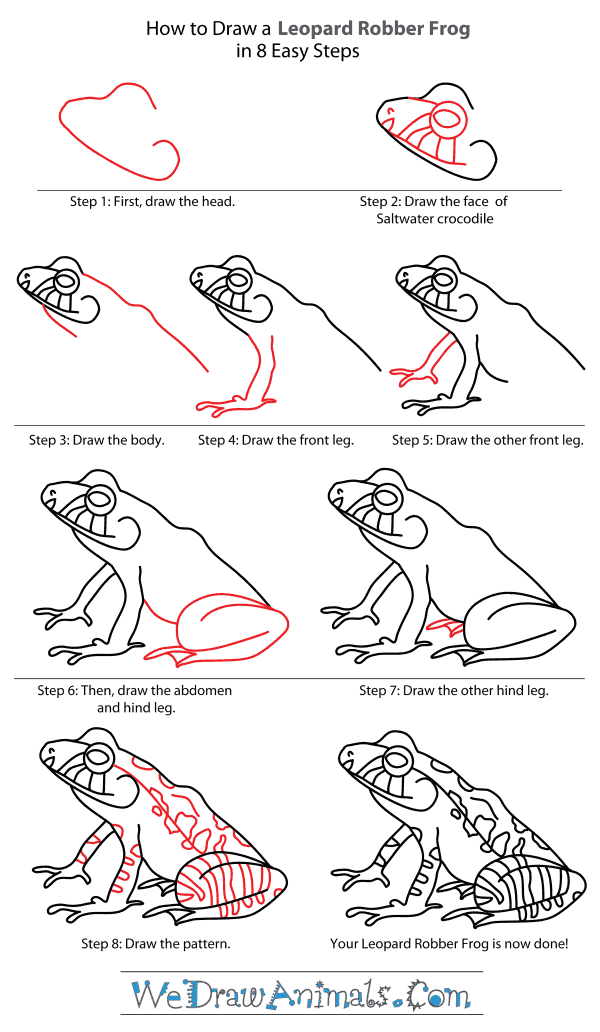 How to Draw a Leopard Robber Frog – Step-By-Step Tutorial