How to Draw a Mandrill 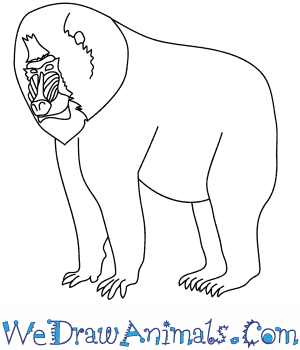 In this quick tutorial you'll learn how to draw a Mandrill in 8 easy steps - great for kids and novice artists.

At the bottom you can read some interesting facts about the Mandrill.

How to Draw a Mandrill - Step-by-Step Tutorial 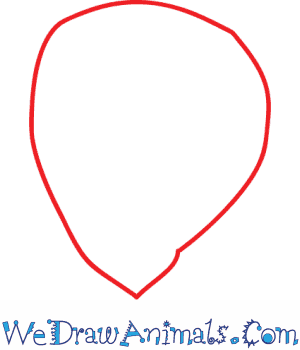 Step 1: To begin drawing your Mandrill, you will need to start the head by drawing a circle. 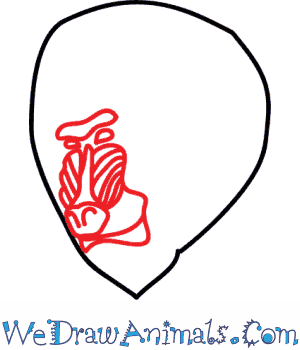 Step 2: The next step is to draw the face. To start add small circles for the eyes and a large circle for the nose. Create and oblong shape for the brow and the mouth. Then fill in the rest of the face by drawing the pattern above. 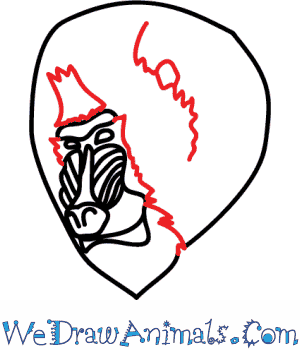 Step 3: Then you need to draw the other facial details. Using squiggly lines, draw a line in the middle of the head and around the face. 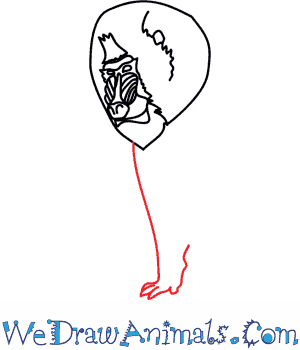 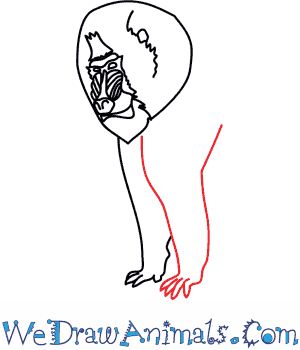 Step 5: Now draw the other front leg. Make it similar to the first but bring the next second line up farther. 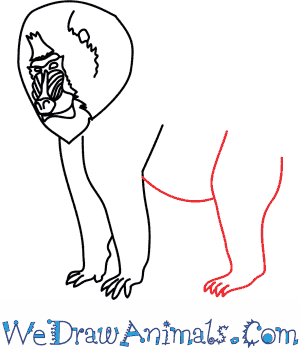 Step 6: For the next step you will need to draw the abdomen and the hind leg. Draw a curved line from the front leg to the hind leg to create the abdomen. Draw the back leg with two parallel lines and create a foot and add four toes. 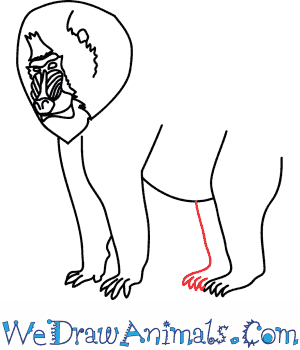 Step 7: Next draw the other hind leg behind the first one the same as the front. 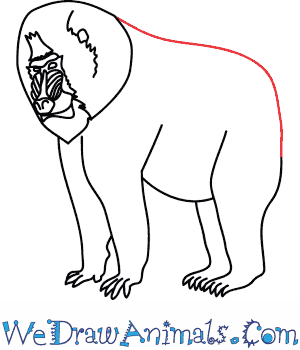 Step 8: The final step is to draw the back, by creating a curved line that attaches the head and the hind leg. You have now completed your Mandrill.

Interesting Facts about the MANDRILL

The Mandrill is a member of the primate family and the scientific term for them is Mandrillus sphinx. This animal is a member of the Old World monkeys, but is related to the baboons, and strongly associated with Drills. They are the largest monkey in the world, and the most colorful of all primates. This species lives in tropical areas such as the general Congo region.

The primate has an olive green and dark grey coat with yellow and black bands, and a white belly. The face is red and blue, while its rump and groin is pink, scarlet and purple. They occasionally eat spiders, snails, scorpions, porcupines, rats and antelope. Since there are so few of these creatures, they’re vulnerable to extinction. 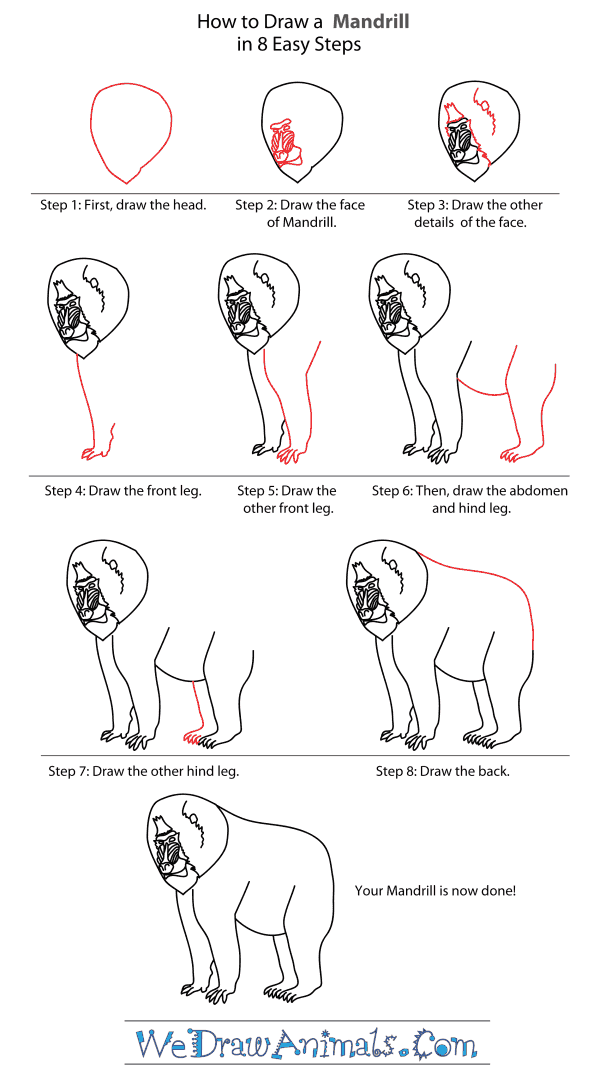 How to Draw a Mandrill – Step-By-Step Tutorial

Previous post: How to Draw a Leopard Robber Frog