How to Draw a Maned Wolf 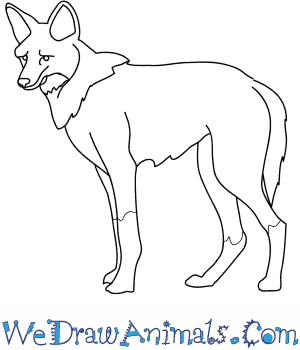 In this quick tutorial you'll learn how to draw a Maned Wolf in 8 easy steps - great for kids and novice artists.

At the bottom you can read some interesting facts about the Maned Wolf.

How to Draw a Maned Wolf - Step-by-Step Tutorial 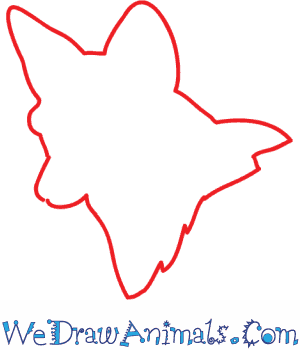 Step 1: The first step in drawing your maned wolf, is to draw its head. Be sure to create two triangle shapes for the ears and one for the nose. At the bottom of head draw a jagged line to look like hair. 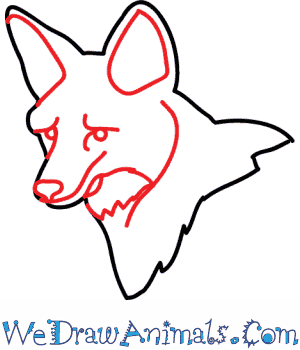 Step 2: The next step is to add the facial details. Draw the inside of the ears with triangle shapes and use an oval shape for the nose. For the eyes, draw a circle with curved line along the top and bottom. Use curved lines as shown above to finish the details of the nose and shape of the chin. 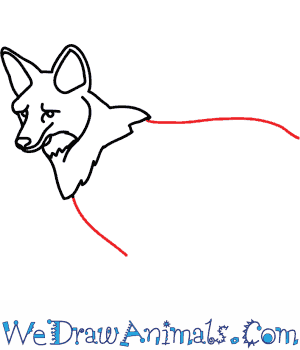 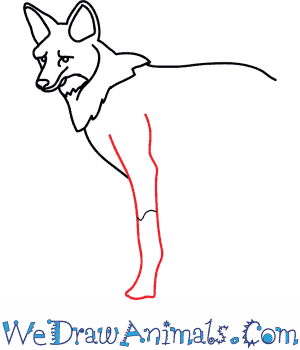 Step 4: Next you will need to draw the front leg. Draw to parallel lines and join them together with another straight line to complete the foot. 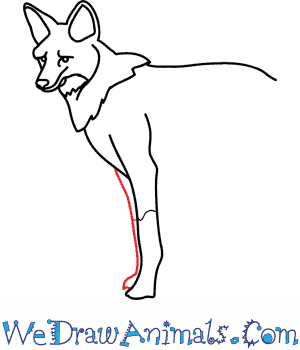 Step 5: to draw the other front leg, draw a straight line a little bit off from the first one and join at the bottom part of the foot. 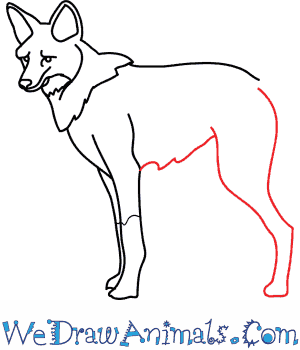 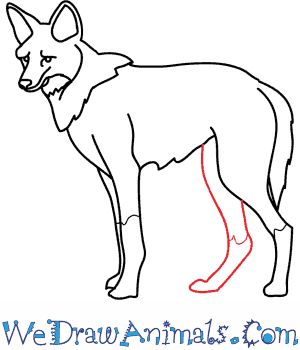 Step 7: For the other hind leg, draw a similar one to the first, coming out form the back. 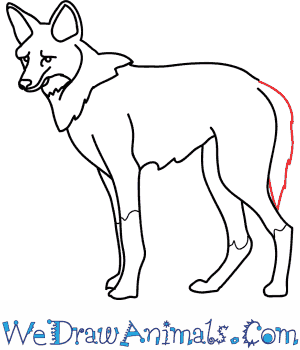 Step 8: The final part to draw is the tail. Draw a curved line coming out of the back and ending in a point at the rear. You have now finished drawing your Maned Wolf.

Interesting Facts about the MANED WOLF

The Maned Wolf is a member of the canine family and the scientific term for them is Chrysocyon brachyurus. The name Chrysocyon means “golden dog.” This animal is the largest member of their species in South America.This creature with red hair thrives well in the grasslands, prairies, and forests.

Sometimes they eat small mammals such as rodents and rabbits, and also birds, fish, sugarcane, tubers, and fruit such as the wolf apple. Hazards to this animal include cars and feral dogs who spread diseases to them, so they are often better accounted for in captivity, where they adapt very well and seem to breed without difficulty. Since there are so few of these creatures, they are near threatened to extinction. 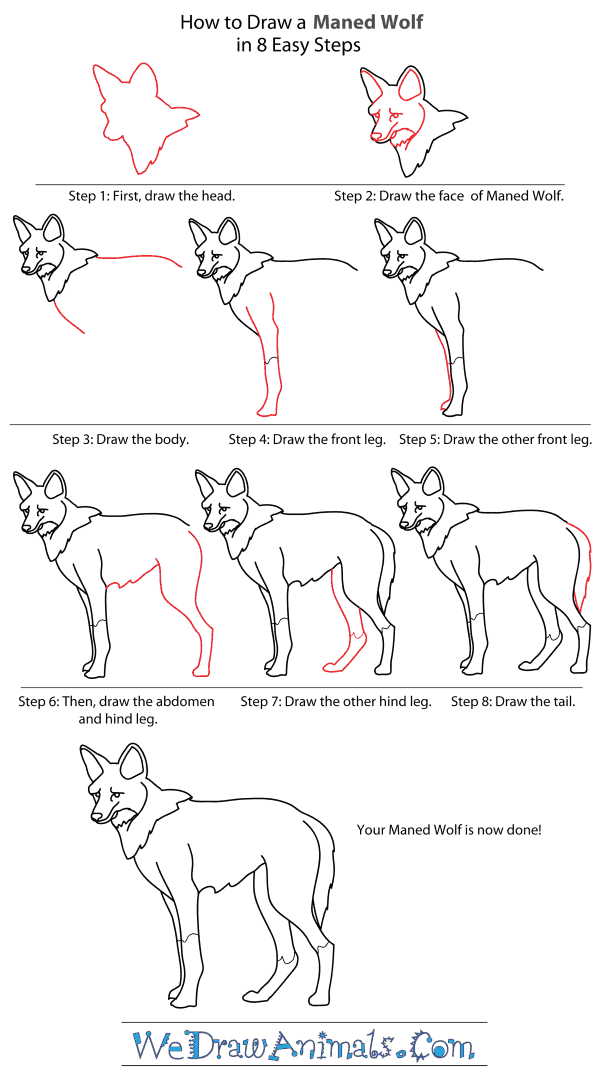 How to Draw a Maned Wolf – Step-By-Step Tutorial