How to Draw a Leopard Seal 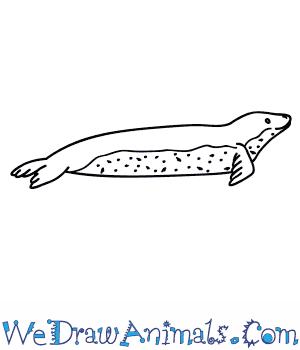 In this quick tutorial you'll learn how to draw a Leopard Seal in 7 easy steps - great for kids and novice artists.

At the bottom you can read some interesting facts about the Leopard Seal.

How to Draw a Leopard Seal - Step-by-Step Tutorial 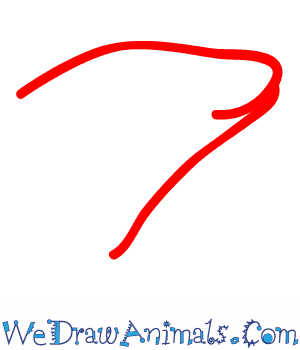 Step 1: Start drawing your Leopard Seal by making the head. It's just two curved lines that meet at the nose. The top should curve from the back to the right, going up slightly, before bending down. At the nose this line should curve in to make the mouth. Just under that mouth, draw another curved line to make the chin and neck, slanting left and down. 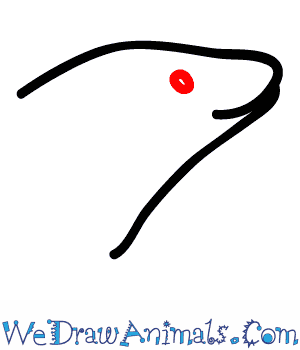 Step 2: Add a small dot for the eye 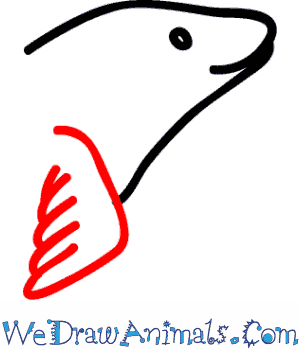 Step 3: For the front flipper, draw two sides of a square, with round corners. At the bottom left side of this half-square, start making looping lines that curve up and slant to the right to make the individual 'fingers' of the flippers. 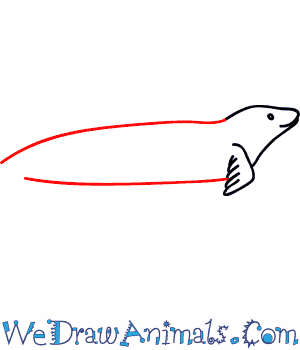 Step 4: Next draw the back and the belly. This will be made by two long lines The top one should curve down as it goes left, while the bottom should very slightly curve up. The two lines should not meet, leaving room to add the tail. 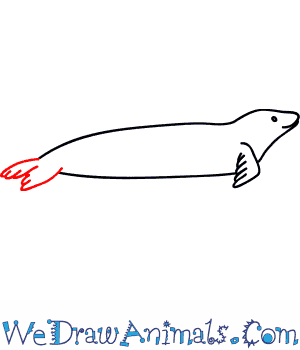 Step 5: To make the tail, start with two more small curved lines that begin at the top and bottom of the gap you've left. The top should curve very slightly down and to the left, right the bottom one should start slanting down, and curve up very slightly the more left it goes. At the end of each line, start drawling loops to make the individual 'toes' of the flipper. The loops should get deeper the further towards the middle they are. 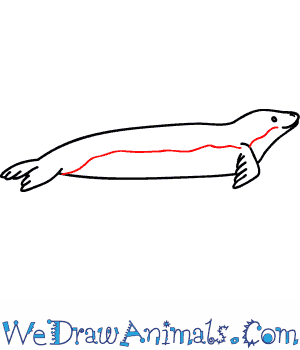 Step 6: Now draw the line that bisects the entire animal from mouth to tail. It should start at the corner of the mouth, and go to the flipper. From the flipper, take the line all the way back to just below the tail. 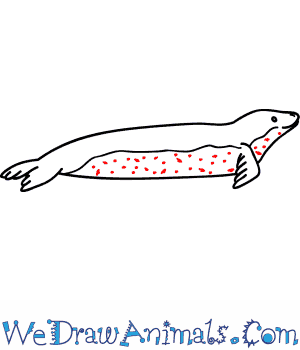 Step 7: Now add the dot-pattern that leopard seals are known for by making many small dots along the body. These dots are usually brown or black, but you can make them whatever color you want. 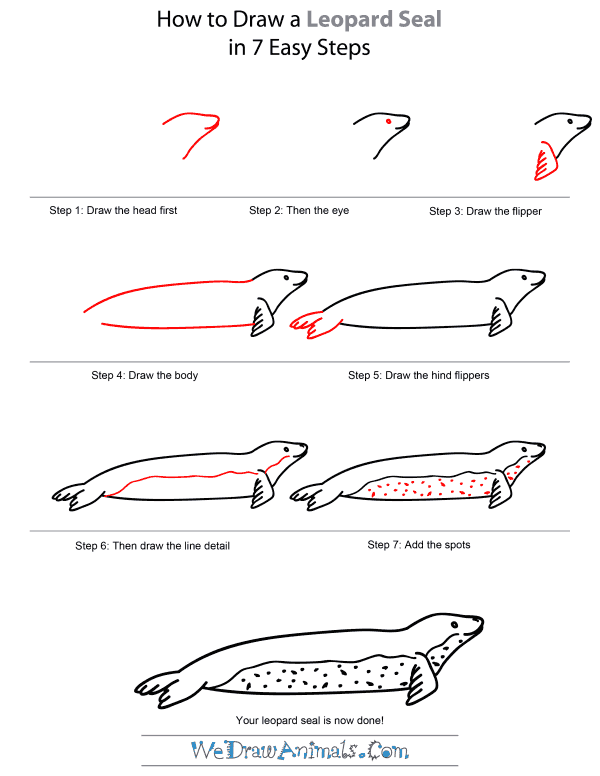 How To Draw A Leopard Seal – Step-by-Step Tutorial