How to Draw a Long-Horned Beetle 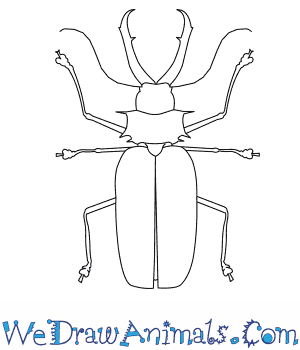 In this quick tutorial you'll learn how to draw a Long Horned Beetle in 7 easy steps - great for kids and novice artists.

At the bottom you can read some interesting facts about the Long Horned Beetle.

How to Draw a Long Horned Beetle - Step-by-Step Tutorial 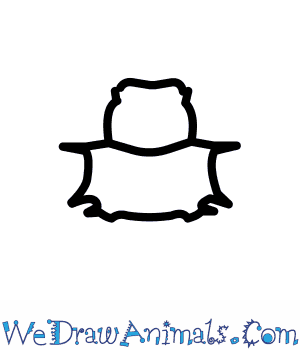 Step 1: Let’s first draw the head of the Long-horned beetle. It looks like two small boxes stacked on top of each other. 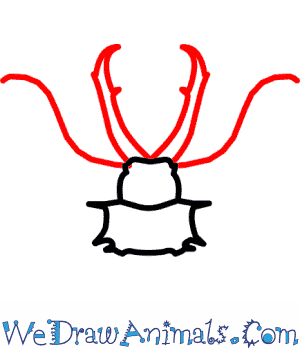 Step 2: Next, draw the horns and antenna. The horns should have small spikes on them, so they can grab items easier. 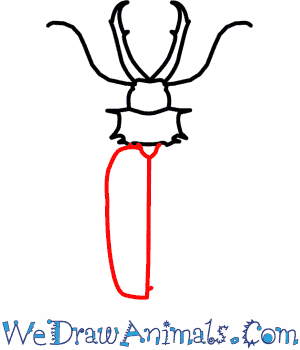 Step 3: We are going to draw the first wing. The wing looks like a backwards ‘D’ and should be the same size as both the head and the horns. 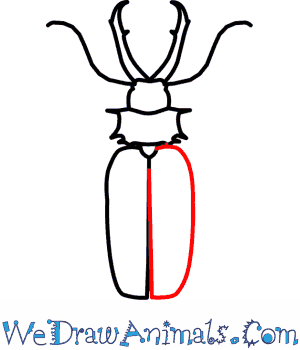 Step 4: The second wing is next and it should look like the letter ‘D’. These are call mirror image. 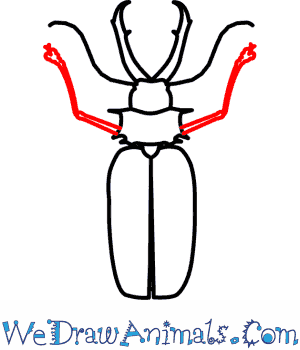 Step 5: The next step is to draw the front legs. These legs are long and thin that almost reach the antenna. 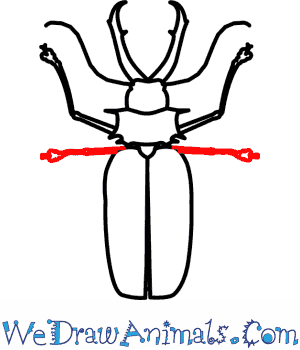 Step 6: Then we are going to draw the middle legs. These legs are shorter than the front legs and almost straight from the body. 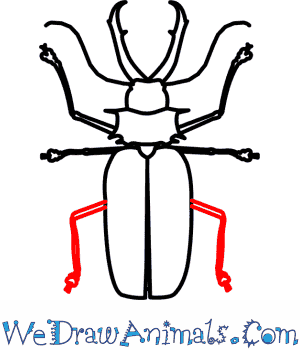 Step 7: The last step is to draw the hind legs, which go back away from the body with a turn in the leg.

Interesting Facts about the Long-Horned Beetle

The long-horned beetle lives in tropical forests. It can be found in the Amazon Basin occurring in Peru, Bolivia, Columbia, Brazil, eastern Ecuador, Suriname, French Guiana, and Guyana. This species is large and has enlarged jaws. Males grow to a length from 13 to 14 centimeters. Females grow to a length from 10 to 11 centimeters. Long-horned beetle larvae are large and reach up to 21 centimeters in length. Long-horned beetles have brown and black bodies. Their wings have ornate black markings. This beetle is active at night and feeds on plant material. 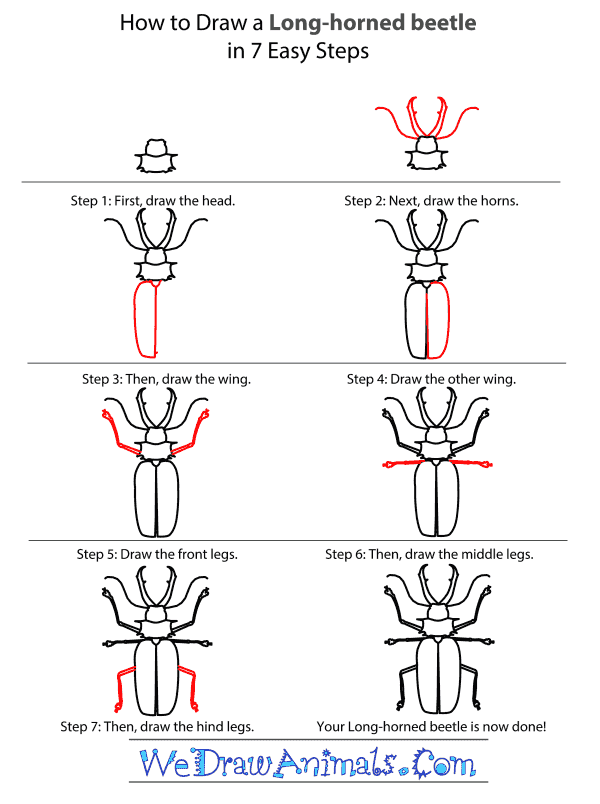 How to Draw a Long-Horned Beetle – Step-by-Step Tutorial