How to Draw a Little Egret 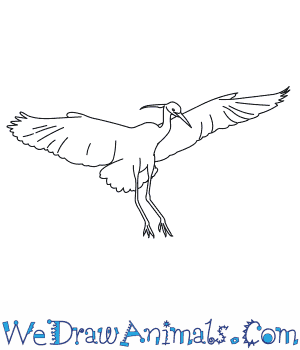 In this quick tutorial you'll learn how to draw a Little Egret in 6 easy steps - great for kids and novice artists.

At the bottom you can read some interesting facts about the Little Egret.

How to Draw a Little Egret - Step-by-Step Tutorial 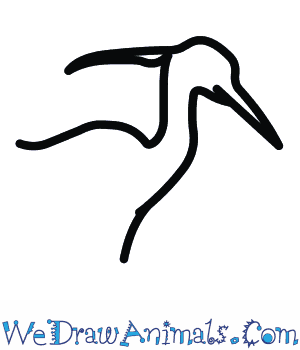 Step 1: Let’s first draw the head of the Little egret. The bird has a long beak and a long thin neck. The Little egret has extra long, thin feathers on the back of its head. 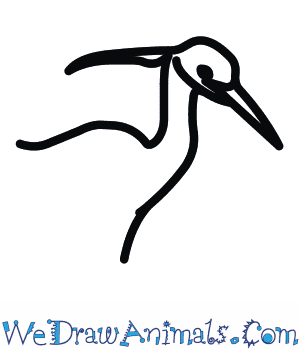 Step 2: Next, we are going to draw the face. Add a curved line from the back of the head to below the beak, an oval eye, and a small line at the end of the beak to show its mouth. 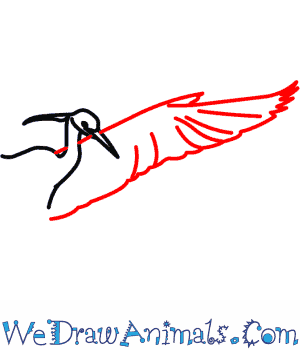 Step 3: The next step is to draw the right wing. This Little egret is flying, so draw the wing outstrenched and add feather details by drawing curved lines. 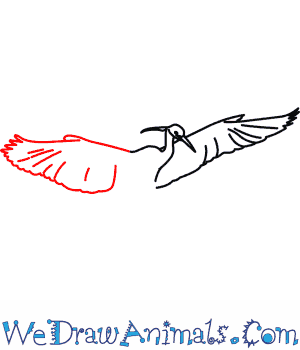 Step 4: The left wing is next. Try to draw the wing similar to the right wing, but leave space for the rest of the body. 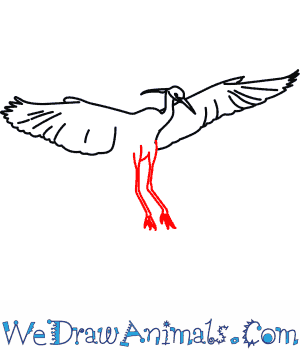 Step 5: Since the Little egret is a water bird they have long by thin legs, try drawing them now. 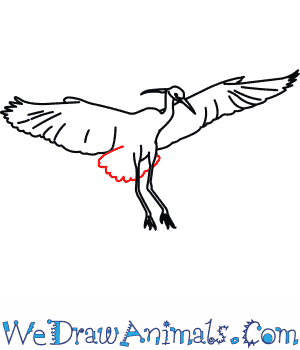 Interesting Facts about the Little Egret

The little egret is a member of the heron family. It has pure white feathers, an elongated neck, long, black legs, and a dark, pointed bill. The little egret grow to about 64 centimeters in length, has a wingspan from about 88 to 106 centimeters, and weighs about 300 grams. This bird can be found throughout southern Asia, southern Europe, and Africa. Australia is also home to a small population. It stays near water and is usually found in wetland areas. The little egret feeds mainly during the day in shallow open water by stabbing prey with its bill. It eats small fish mainly but also feeds on bivalves, invertebrates, and crustaceans.

Lesson plan note: Draw a large picture of the little egret. Make copies and distribute to each child. Have the children use markers, crayons, or colored pencils to color their bird. Write the name of each child on the back of their bird. Then, hang each little egret on the bulletin board for everyone to see. 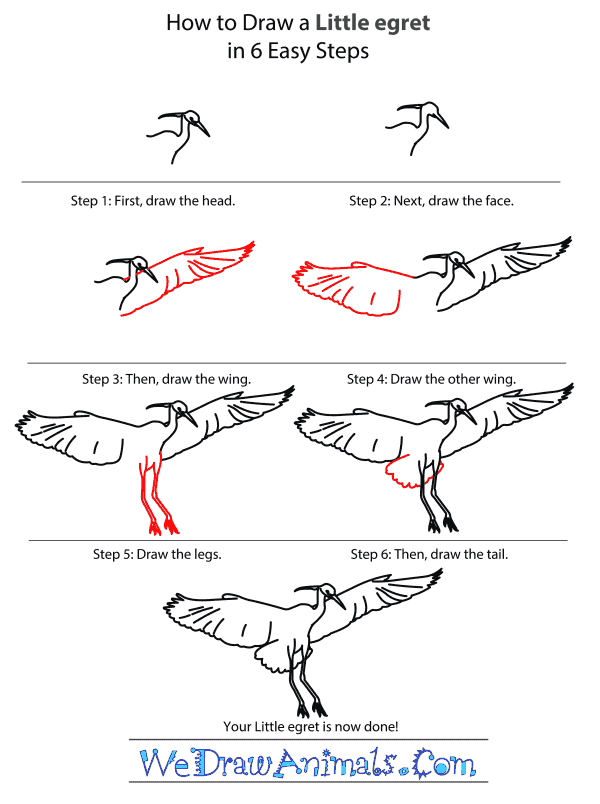 How to Draw a Little Egret – Step-by-Step Tutorial