How to Draw a Longhorn Cattle 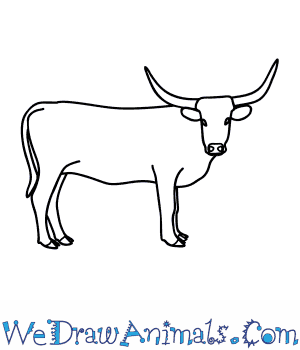 In this quick tutorial you'll learn how to draw a Longhorn Cattle in 9 easy steps - great for kids and novice artists.

At the bottom you can read some interesting facts about the Longhorn Cattle.

How to Draw a Longhorn Cattle - Step-by-Step Tutorial 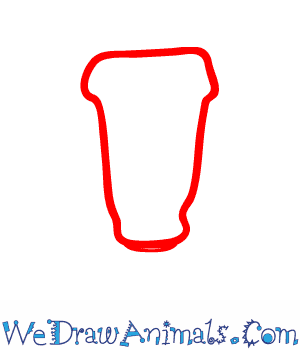 Step 1: Start drawing your Longhorn Cattle by making the head. It will generally rectangular, with some edges that jut out at the top and bottom. AT the top you want to have two flat surfaces to put the horns on, and at the bottom you want some space for your nose, while also adding divots to the sides to imply the existence of a mouth. 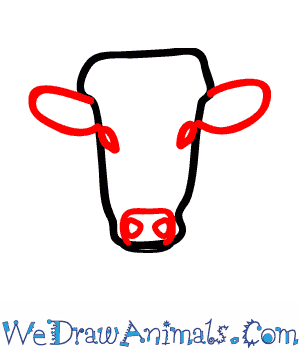 Step 2: Now put in two ovals, one on either side of the face just below the flat surfaces you drew before, to make the ears. Put in two small ovals for the eyes, and make a circle for the nose at the bottom. Inside the circle, put in two more circles to make the nostrils. 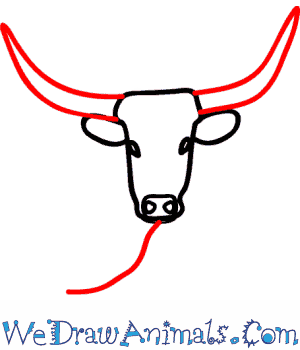 Step 3: Now draw the horns. On the flat surfaces at the top of the head, put in two lines that curve out, then put, before meeting at sharp tips. Then draw a line that starts at the center of the head, and goes down, curving back to make the chest. 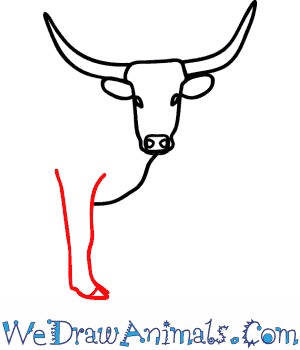 Step 4: Draw the first leg by making two lines that slant in towards eachother slightly. The bottom of the lines should slant to the right and slightly down to make the foot. Then add a triangle at the end of the foot to make the hoof. 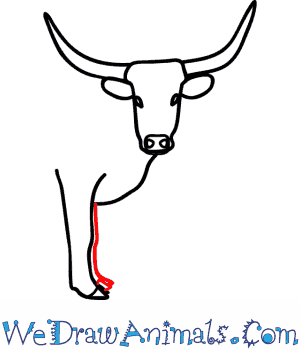 Step 5: Put in another line behind the first leg to make the impression of an obscured leg. 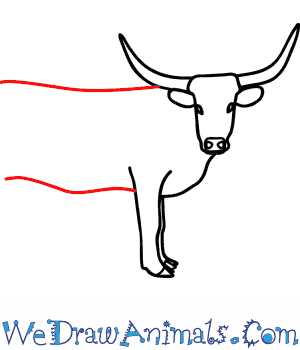 Step 6: Now draw the back and belly. Do this by drawing a line that starts just left of the head, and goes left. The belly should have two small curves in it, to imply the ribs and muscles there. 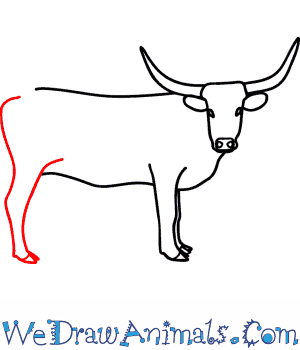 Step 7: For the back leg, draw two lines, one that starts near, but not connected to, the line for the back, curving to the left and down, before curving right, then left, then right again, before turning down to a right slant to make the bottom of the foot. The other line should start above the belly, slanting down and left, curving down and meeting the first line at a point. A triangle should be drawn at the bottom of the foot to make the hoof. 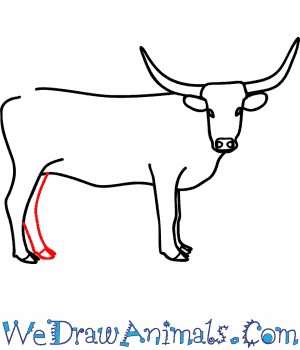 Step 8: Now add the last leg, with a curved line that starts infront of the first leg, and curves left then right. Then draw another line that starts about halfway down the other back leg that slants down and to the right, meeting the other line with a triangle to make the hoof. 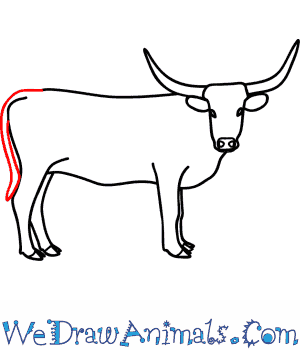 Step 9: Lastly, put in the tail. It will be two lines that curve together, starting in the gap you've left at the left side of the back, and curving behind the animal. And now you're done! You've drawn a Longhorn Cattle.

As their name suggests, the longhorn cattle have long horns. From one tip to the other tip, they can be three to seven feet wide. They are a symbol of southwestern living. The Texas longhorn is the school mascot of the University of Texas. Many decorations from the southwestern United States are adorned with the cattle’s horns. 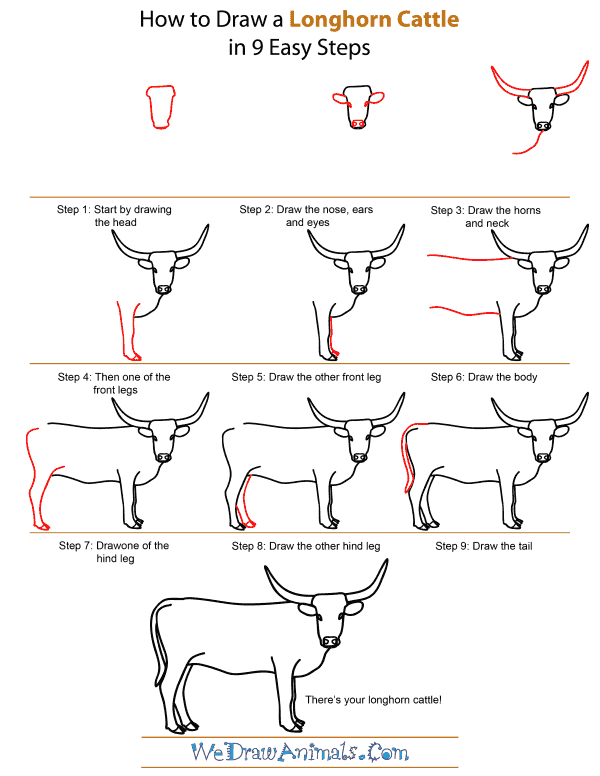 How To Draw A Longhorn Cattle – Step-by-Step Tutorial