How to Draw a Bull Shark 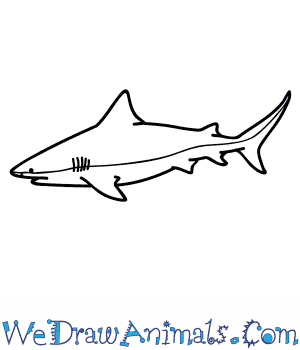 In this quick tutorial you'll learn how to draw a Bull Shark in 8 easy steps - great for kids and novice artists.

At the bottom you can read some interesting facts about the Bull Shark.

How to Draw a Bull Shark - Step-by-Step Tutorial

Step 1: For the head, draw a downward slope and curve it around for the nose. Complete the head by curving the line in for a mouth and making a flat base. 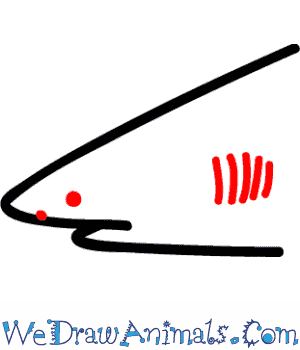 Step 2: Draw a dot for the eye and four vertical lines for the gills. 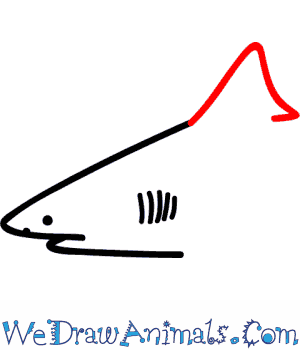 Step 3: To draw the dorsal fin, make two parts of a slightly curved triangle and then draw a very small part of the last third. 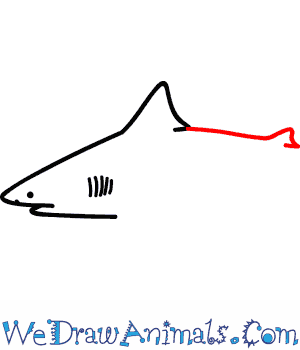 Step 4: Keep drawing the body by continuing from the dorsal fin, and then draw a second fin like the first, except smaller. 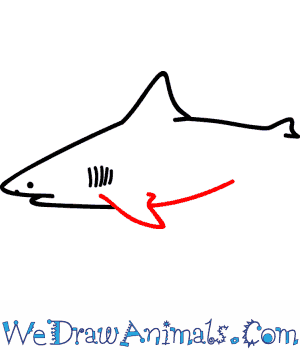 Step 5: To draw the pectoral fin, draw two parts of a triangle coming out slightly above the line used for the bottom of the shark. Continue a curved line for the body. 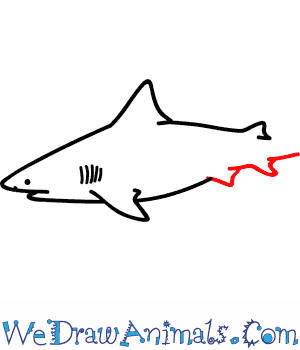 Step 6: Draw two more fins along the bottom much like the first two you drew, except upside down. 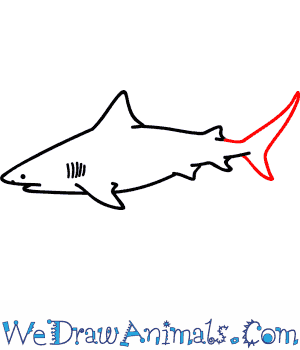 Step 7: Draw the tail by making two unminished and wavy triangles coming from the ends of the shark and connecting them. 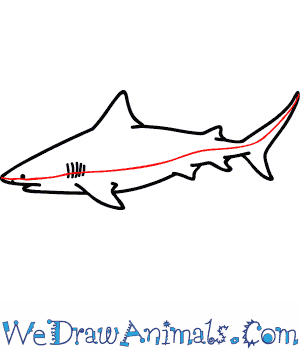 Step 8: Add a line going down the middle of the shark that curves where it curves, going up at the split in the tail. Your Bull Shark is now done!

Bull sharks live in the shallow waters of all seven oceans. They can sometimes be found in freshwater rivers. They are considered to be one of the most aggressive and dangerous sharks in the world. Bull sharks can often be seen near ocean shorelines where people go swimming.

Bull sharks got their name for their short snouts that similar to bulls. Like actual bulls, bull sharks head butt their prey before they attack them. 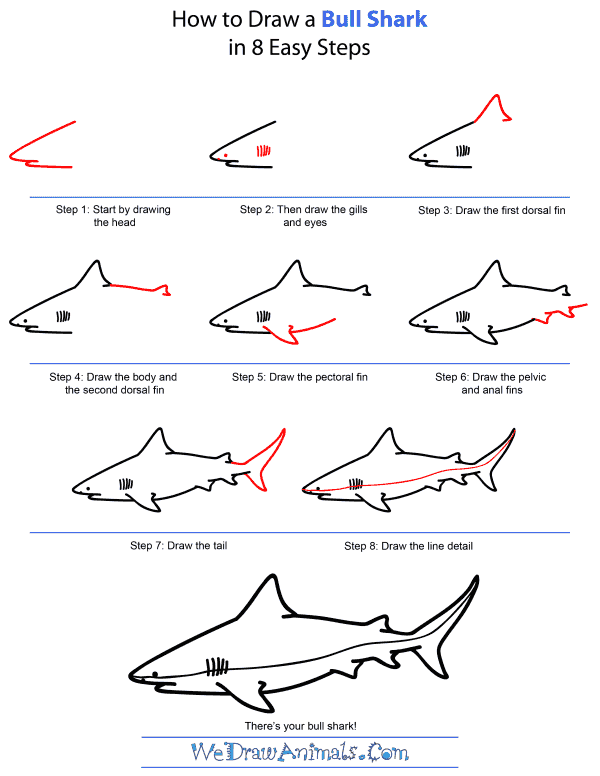 How To Draw A Bull Shark – Step-by-Step Tutorial