How to Draw a Mao 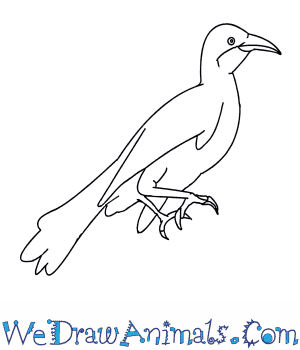 In this quick tutorial you'll learn how to draw a Mao in 8 easy steps - great for kids and novice artists.

At the bottom you can read some interesting facts about the Mao.

How to Draw a Mao - Step-by-Step Tutorial 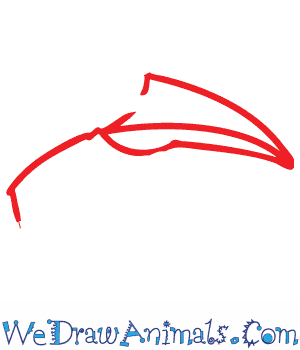 Step 1: To begin drawing the Mao, draw the beak by making two curved triangle shapes to the right. These usually eat insects, small fruits and nectars. Add another curved line under the beak for the neck. 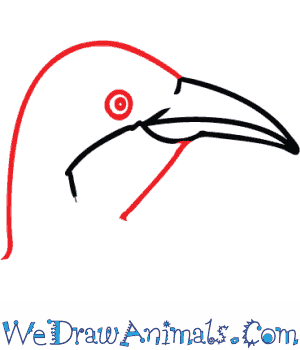 Step 2: Next add the top of the head by drawing a curved line around to the back. Add the small eye by making a circle with another smaller circle inside. Lastly, add another curve underneath the beak. 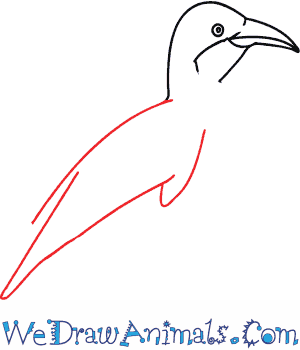 Step 3: To draw the wing, making two long lines down to a point for the wing tips. Also, draw the curve behind the neck for the back. 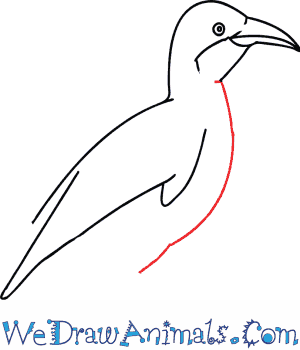 Step 4: Then you can add the chest of the Mao by drawing a feathery curve down the front side. 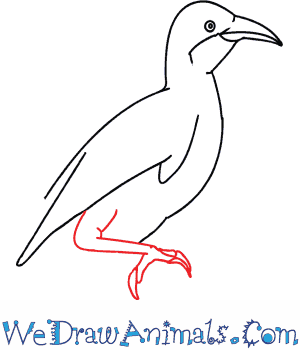 Step 5: For first leg, draw an 'L' shape, but make the bottom longer. Add a few sharp toes and talons at the end. 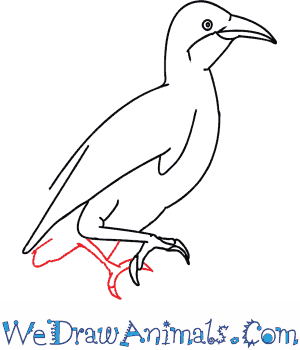 Step 6: Now, add the second leg behind the first one. Also, draw a small curve to make the tummy detail. 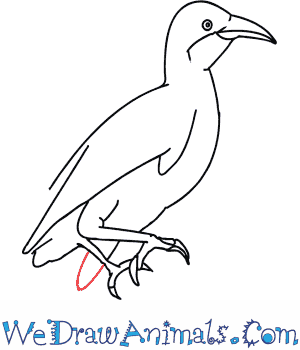 Step 7: Now add a large round oval for the other wing. 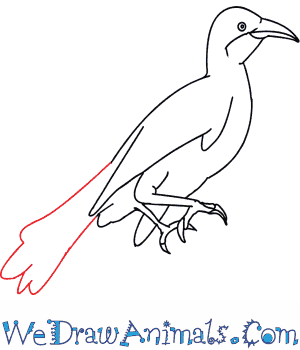 Step 8: Lastly, draw the large tail feathers by bringing two lines down away from each other. Draw a lot of oval bumps for the feather pattern. This bird is usually olive green in color.

Interesting Facts about the Mao

The mao is a pretty olive green bird with a striking emerald green streak at the base of its eye. This bird is very good at camouflaging with its surrounding tree canopies that it likes to spend time in because of the olive greens and browns making it blend in perfectly. You can find these birds on the two main islands of Samoa, located in the South Pacific Ocean. They tend to be in forests that are located on sharp slopes with rivers nearby, mostly in high elevations.

How to Draw a Mao – Step-By-Step Tutorial

Next post: How to Draw a Naked Mole Rat