How to Draw a Naked Mole Rat 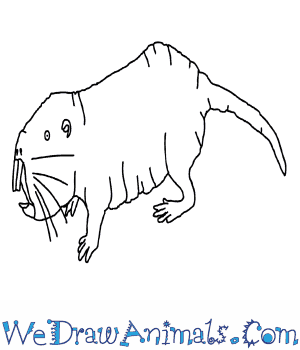 In this quick tutorial you'll learn how to draw a Naked Mole Rat in 9 easy steps - great for kids and novice artists.

At the bottom you can read some interesting facts about the Naked Mole Rat.

How to Draw a Naked Mole Rat - Step-by-Step Tutorial 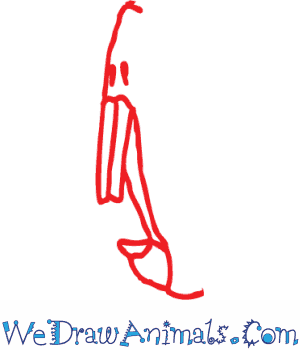 Step 1: Let's start drawing a Naked Mole Rat, also known as sand puppies and desert mole rats, with the mouth. These animals have long, front teeth, you can make two rectangles for the teeth, and a curve around them for the mouth. Above that, make two small nostrils and another curved line for the nose. 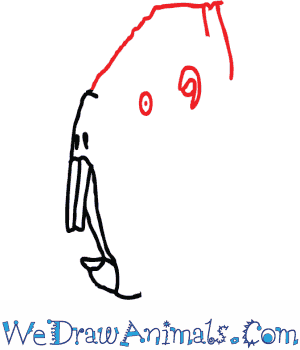 Step 2: Draw the head by making a curved line along the top . Draw a small eye with a point in the middle. Naked Mole rats live their lives underground in the darkness, but they are not blind. Add a small curvy shape for the ear. 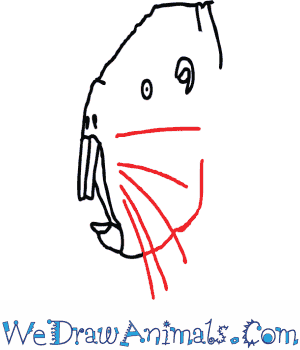 Step 3: Add some long whiskers coming away from the mouth. Then, draw two bumps underneath the mouth for the neck. 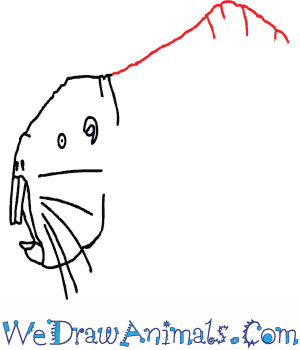 Step 4: Now, draw a long line across the back with a few other lines coming down from it for detail. 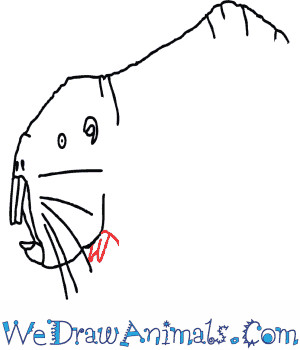 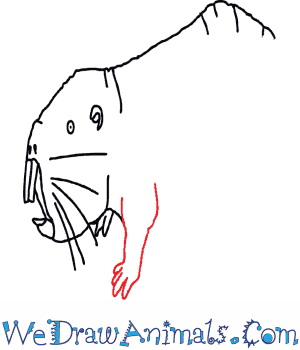 Step 6: To add the next leg, make the arms first by bringing two lines down. Add several toes at the bottom. 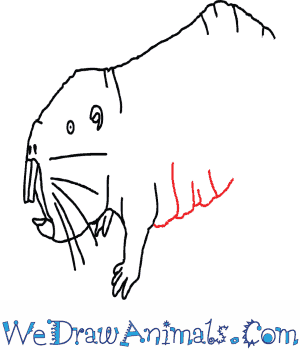 Step 7: Now add a few skin folds for the tummy below. Make sure to include the long lines for detail. 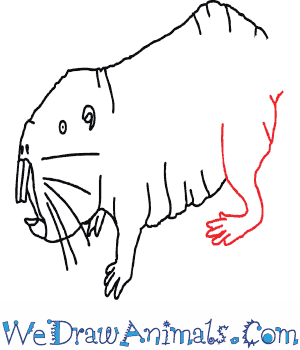 Step 8: Now, add the hind leg by making the thigh a bit rounder, bent the foot down at the bottom and add a few more toes. 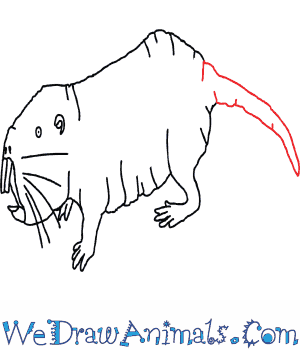 Step 9: Finish the Mole Rat by drawing a long straight tail with a pointy end. This animal can be colored dark brown with black eyes.

The naked mole rats, also known as sand puppies and desert mole rats, are burrowing rodents from Eastern parts of Africa. Though they are called naked mole rats, they actually aren’t moles nor rates, plus they aren’t even entirely hairless!

How to Draw a Naked Mole Rat – Step-By-Step Tutorial