How to Draw a Sperm Whale 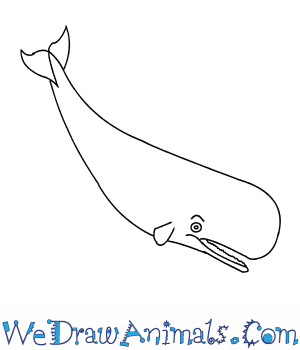 In this quick tutorial you'll learn how to draw a Sperm Whale in 5 easy steps - great for kids and novice artists.

At the bottom you can read some interesting facts about the Sperm Whale.

How to Draw a Sperm Whale - Step-by-Step Tutorial 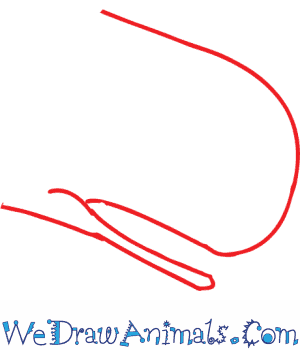 Step 1: The Sperm Whale is the largest of the toothed whales that exist. Males can grow to be 52 feet long! Start with the head, which has been described as a giant block. Leave the mouth open by bringing in two lines at the bottom. 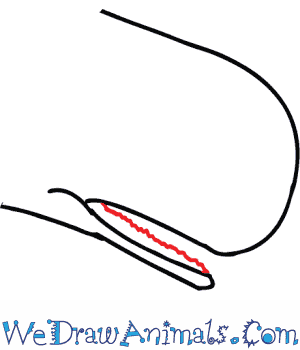 Step 2: Now add the teeth by drawing a long, spikey line inside the mouth of the whale. 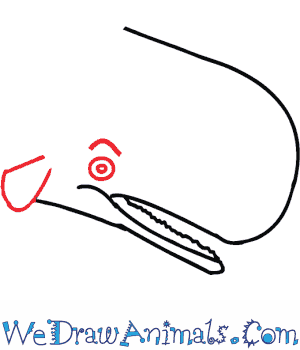 Step 3: Next, add two circles, one inside the other for the eye. Above that, draw an eyebrow by making a curved line above the eye. Also draw a fin by making a leaf shape with the point open. 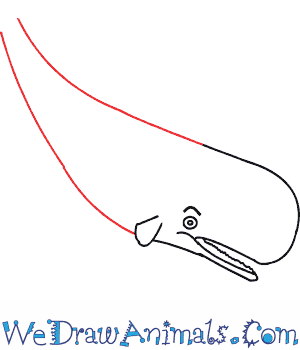 Step 4: Next, draw the long body of the Sperm Whale by bringing two lines back that get closer at the end. 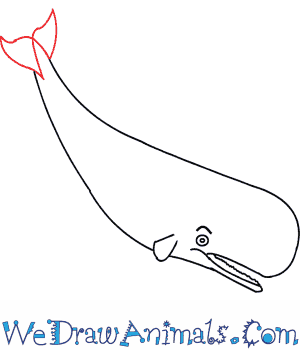 Step 5: To draw the fluke, or the tail, draw two curvy triangles at the end of the body. Color your Sperm Whale dark blue.

Interesting Facts about the Sperm whale

The sperm whale is the largest of the toothed whales as well as the largest of all toothed predators, not just in the sea! These massive animals on average can get to a length of 52ft for a male and 36ft for a female, but they can grow to be as long as 67ft. That is larger than the typical school bus! You can find these whales swimming around all over earth’s main oceans. 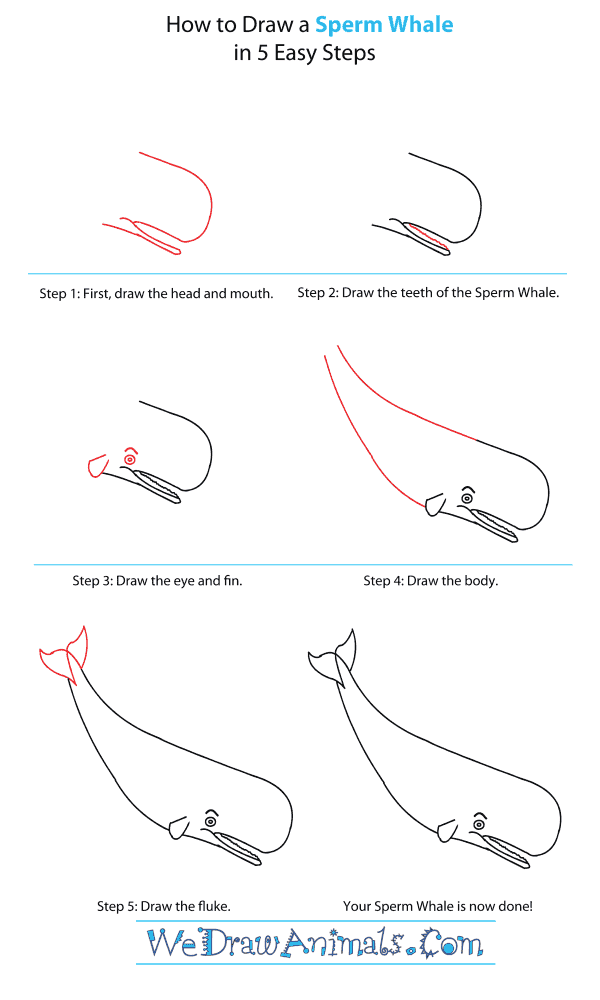 How to Draw a Sperm Whale – Step-By-Step Tutorial

Previous post: How to Draw a Naked Mole Rat