How to Draw a Markham’S Storm-Petrel 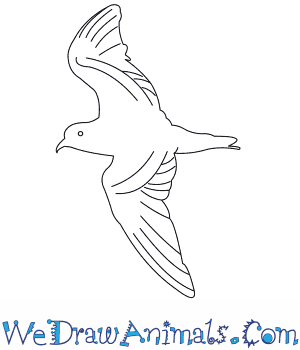 In this quick tutorial you'll learn how to draw a Markhams Storm Petrel in 6 easy steps - great for kids and novice artists.

At the bottom you can read some interesting facts about the Markhams Storm Petrel.

How to Draw a Markhams Storm Petrel - Step-by-Step Tutorial 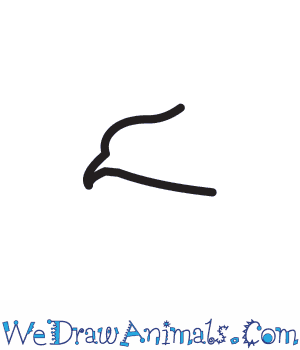 Step 1: Draw a downward-pointing curve with a bump on the top. Draw another downwards-point curve below the first that meets its end in a sharp point. 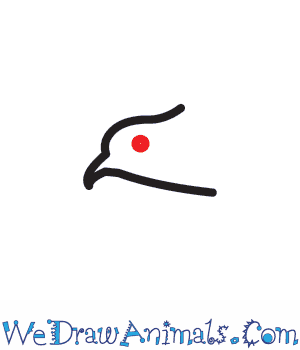 Step 2: Draw a dot in the middle of this shape for the eye. 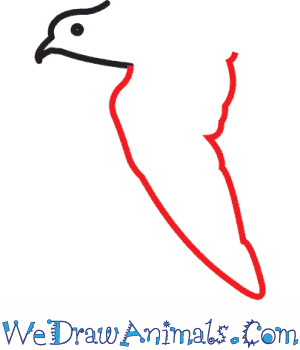 Step 3: At the bottom of the head, draw a bent V-shape for the wing. 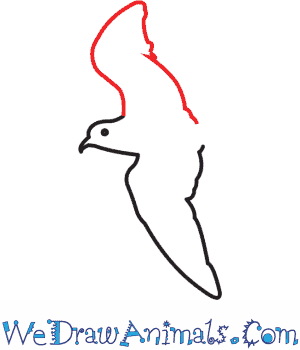 Step 4: At the back of the top of the head, draw an upside-down bent V-shape for the other wing. 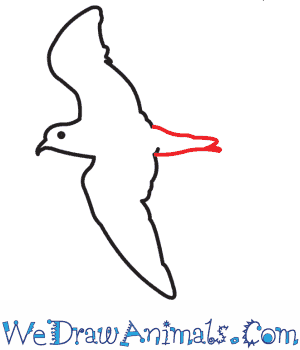 Step 5: In the gap between the wings, draw an angle for the tail. 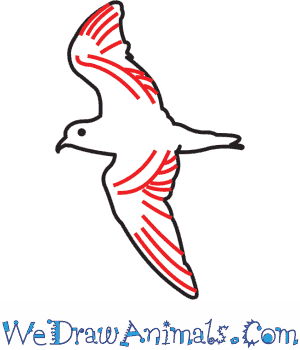 Step 6: Draw curves and lines along the wings for feathers. Your Markham’s storm-petrel is complete! You can color it dark brown with white wing markings. These birds live throughout South America, close to the coast of the Pacific Ocean. A particularly large population was found in Peru, but there may be more in Chile that have not been documented yet. Markham’s storm-petrel feed on fish, crustaceans, and cephalopods. They nest in colonies during breeding season, but these colonies can be hard to find. Because of this, very little is known about them.

The Markham’s Storm-Petrel lives and breeds off the coast of Peru on the Paracas Peninsula along with other islands in the area of coastal Chile and Peru. The estimated number or population is only at around 50,000 individuals.Breeding occurs in tropical waters of the Eastern Pacific. They spend January to July in cool water near Peru and in July to September they spend time in warmer waters near the equator.

The physical characteristics of the Markham’s Storm-Petrel are a large dark brown bird. The brown coloration covers the entire bird. It has a pale bar under its wing reaching forward to the edge of the wing. Their tail is more of a forked shape than conspecifics of other Petrels. 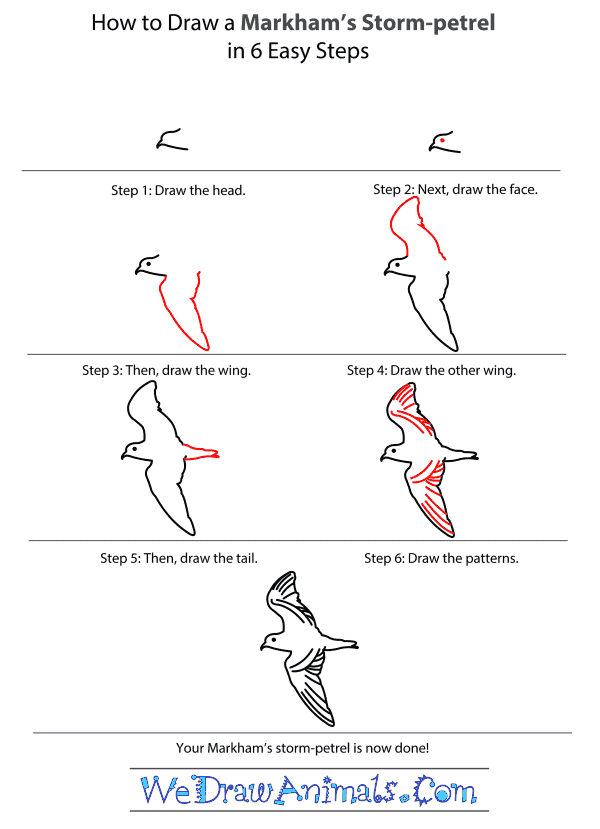