How to Draw a Mayfly 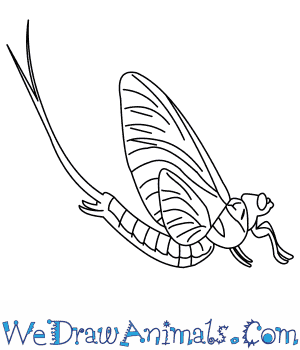 In this quick tutorial you'll learn how to draw a Mayfly in 9 easy steps - great for kids and novice artists.

At the bottom you can read some interesting facts about the Mayfly.

How to Draw a Mayfly - Step-by-Step Tutorial 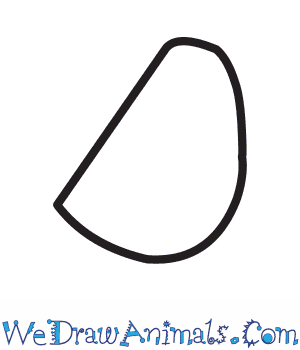 Step 1: To draw the Mayfly, let's start with the body. First, draw a half circle that is closed off with a line down the middle. 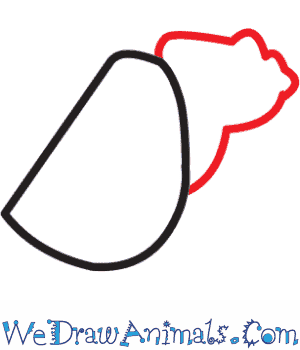 Step 2: Now, draw the head as shown with two small curved lines, and another bumpy line to connect them both. 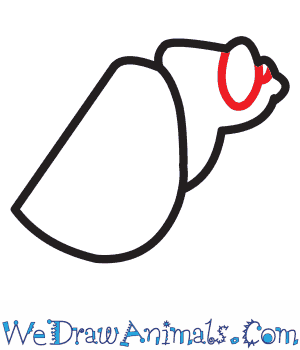 Step 3: For the eye, draw a circle in front of the head. 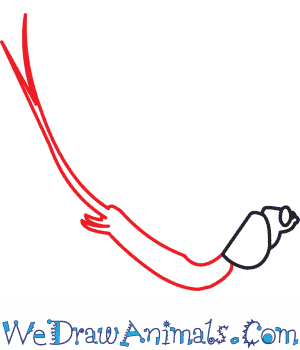 Step 4: Now for the tail. Draw a long curved line on top that ends at a point as shown. Now, draw a second curved line at the bottom with two small feet that come out towards the back. Finish by bringing that curve to meet the top at a 'V' shape. 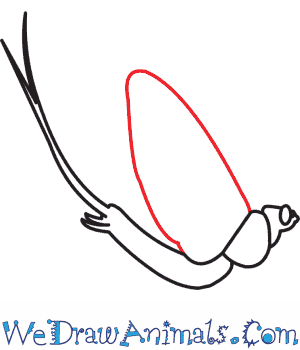 Step 5: Now draw a large round line to make wing behind the body. They fly very close to the water, and live very short lives! 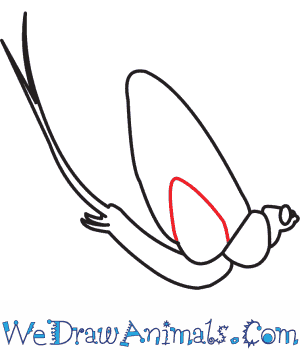 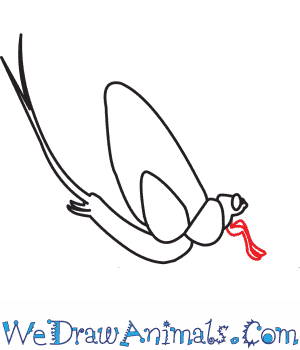 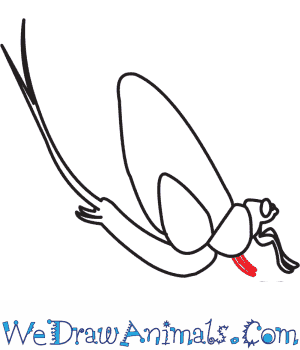 Step 8: Add veins in the wings by drawing lines all throughout them. Also add a few lines in the body and tail for more detail. 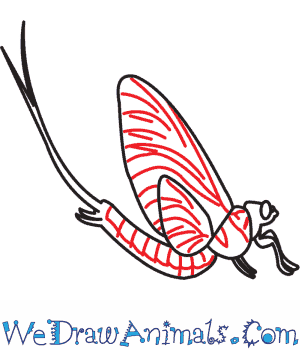 Step 9: You can color the body of the Mayfly with a black and yellow patterns, and the tail is yellow.

Mayflies are a common flying insect in North America. The Mayfly has three stages that bring it to adulthood. They begin as an egg laid in water like a pond or lake; next they hatch into a naiad, finally, the pass a final step, and become adult Mayflies. Once they are adults they will live a short time. A short time could be a day to even just a week. The closest relative of a Mayfly is the dragonfly and a damselfly. In the naiad state a Mayfly has 7 gills along its body. Whatever the species, the naiad state can last up to a year. When the second change takes place the Mayfly gets a set of wings. Many fishing lures are meant to resemble the second stage because that is when a fish wants to eat it the most. This stage may only last an hour or two. Then the insect molts off its skin and becomes an adult. An adult Mayfly spends the rest of its life looking for mates. When mating is done, so is the Mayfly.

Activity: A fun game for any age group is “What are You Doing?” The game is a simple form of a mimic game. Students sit in a circle and one is chosen to be it. Tell the student to pick an activity to act out. When the game begins, encourage other students to guess what the actor is doing. The first to guess right is to approach the actor in the middle of the circle and ask “What are You Doing?” The actor is to stop their activity and assign a new one to the next student. (For example: “What are you doing?” and the actor answers, “I’m making a bed.” The student who just asked begins to mimic making a bed.) The game can be timed for a more competitive feel, when a student can’t answer in a minute or two, then they forfeit their next turn. Older kids and teenagers would enjoy this activity more. 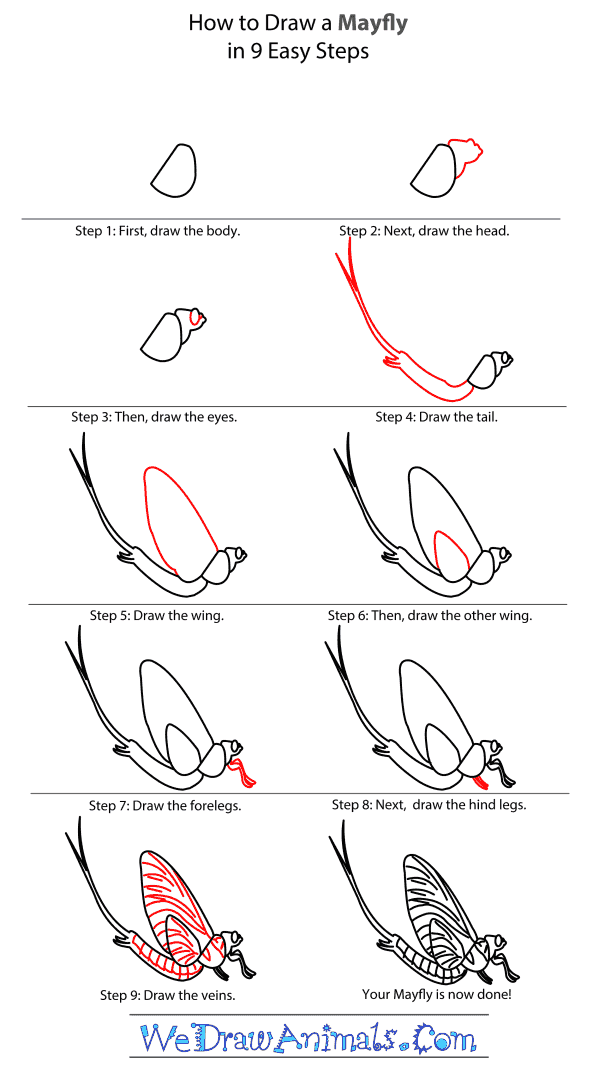 How to Draw a Mayfly – Step-By-Step Tutorial