How to Draw a Melba Finch 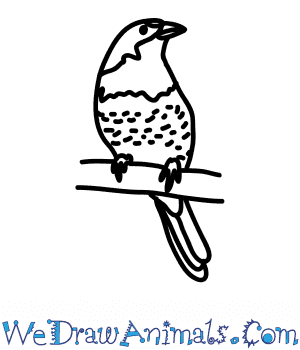 In this quick tutorial you'll learn how to draw a Melba Finch in 7 easy steps - great for kids and novice artists.

At the bottom you can read some interesting facts about the Melba Finch.

How to Draw a Melba Finch - Step-by-Step Tutorial 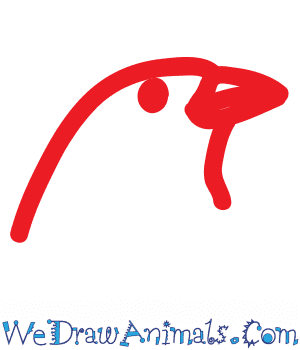 Step 1: Use curved lines to draw the head and beak from a side angle 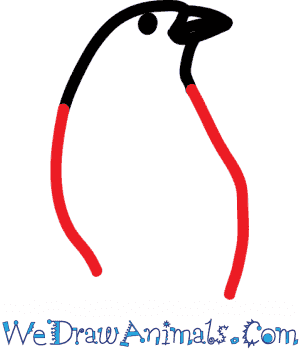 Step 2: Extend the neck lines to create the body 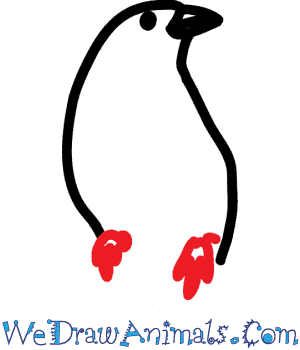 Step 3: Draw small claws/feet in between the end of the two lines 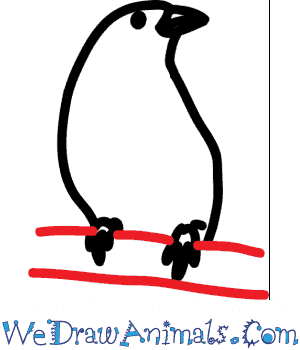 Step 4: Add two horizontal lines beneath the feet to make a branch for it to sit on 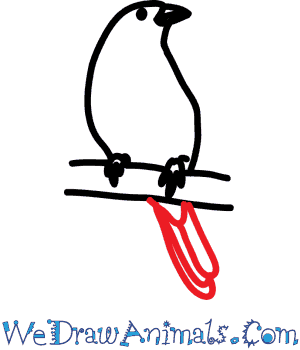 Step 5: Draw the tail feathers beneath the branch between its feet 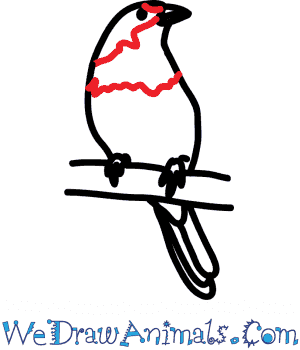 Step 6: Draw a crooked line across its head and chest 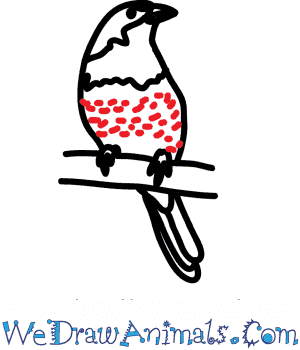 Interesting Facts about the Melba Finch

The Melba Finch, also known as green-winged pytilia or Melba Waxbill, is a species of estrildid finch that is found most commonly in sub-Saharan Africa. They are popular pets because of their beautiful colors: red-orange, black, brown, olive and burgundy. Only males of this species have the red coloring in their beaks and feathers, as hens are a fair bit plainer and darker in coloring. They are a small species of African bird, with a weight up to seventeen grams and a length up to thirteen centimeters. Because they have fairly long life expectencies of seven years or so, and because of their bright coloring, the melba finch is very desirable as a domestic pet. However, it is unadvisable to house any melba finches in your home unless you are already accustomed to the finicky nature of these unique birds. They can eat seeds, but vastly prefer and need live insects to survive.

When the female finch lays eggs, she will lay three to four eggs that have a total incubation time of about twelve days. After the chicks hatch, both parents will care for them until the third day, by which point they will be ejected from the nest. Breeding season can be slightly unpredictable, as it is brought on by rainfall and when there is an increase in live insects as food. Whether this bird is out in the wild or in captivity, it requires live insect prey to survive. 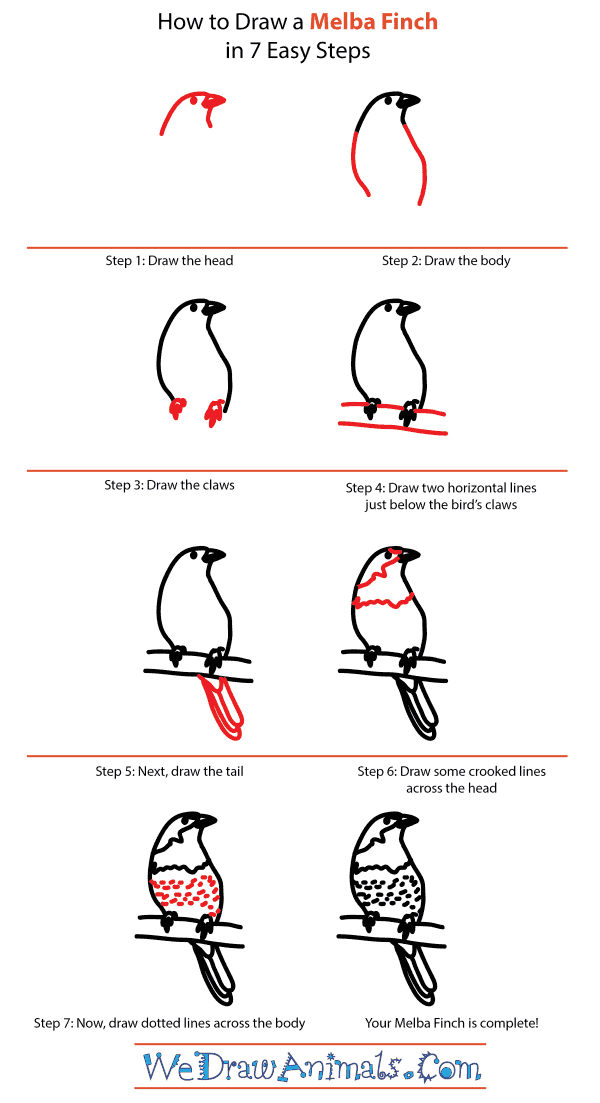 How to Draw a Melba Finch – Step-by-Step Tutorial