How to Draw a Military Macaw 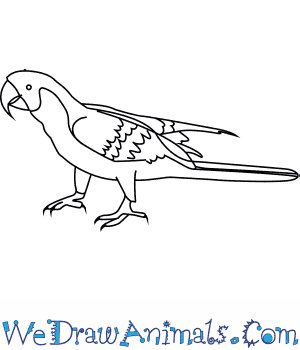 In this quick tutorial you'll learn how to draw a Military Macaw in 7 easy steps - great for kids and novice artists.

At the bottom you can read some interesting facts about the Military Macaw.

How to Draw a Military Macaw - Step-by-Step Tutorial 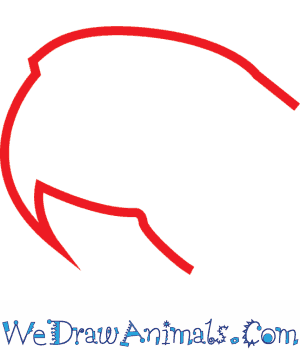 Step 1: First, draw the outline of the head with the beak pointing downward. You can do this in one continuous line or section by section 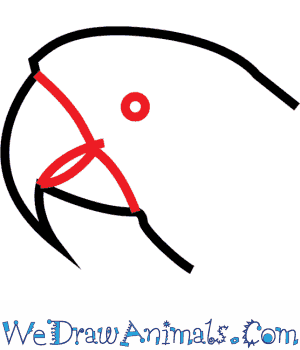 Step 2: Draw the beak and the eye. Draw a line between the head and the beak, then draw two lines to separate the bottom beak from the top beak. Draw a small circle for the eye. 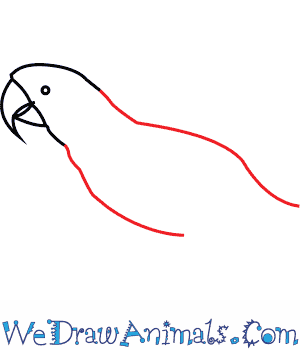 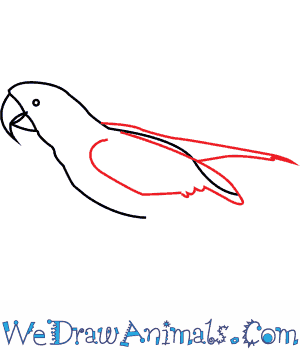 Step 4: Draw the wings and feathers. Draw one wing at a time 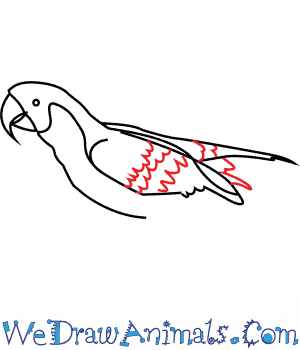 Step 5: Draw the details of the feathers as squiggly lines on the wings 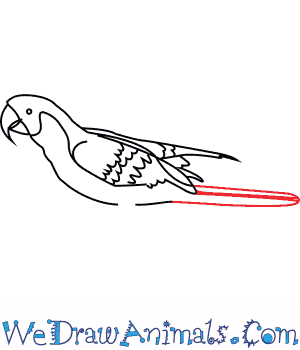 Step 6: Draw the tail of the bird by drawing three straight lines that connect at a curve at the end. Make the line in the middle thicker 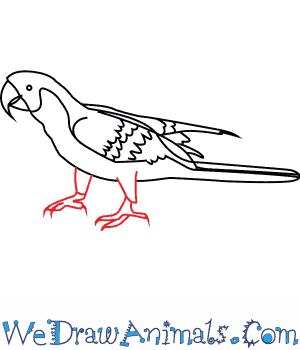 Step 7: Draw the legs and feet. Draw the legs first, then the feet, and then draw the claws by making small lines coming out of each toe

When most people think of parrots, they think about Military Macaws. Military Macaws live in the rainforests of Mexico and South America. The ones that you buy at the pet store are bred in captivity. It’s illegal to buy a wild bird. Military Macaws are normally a bright lime green with red foreheads and black and white striped patches on their faces. Full grown birds reach 70 centimeters long with 99 to 110 centimeters in wingspan. Military Macaws eat seeds, berries, nuts, and fruit.

Activity: Parrots are known to be great talkers. Why not lead your children or students in a game of “Telephone?” Make a circle and whisper something to the child next to you. Then have the child whisper what they heard to the one next to them. Let the message go around and then the message gets back to you ask the student on the other side of you what they heard. Sometimes the answer can funny and sometimes the answer can be shocking so be prepared for anything! 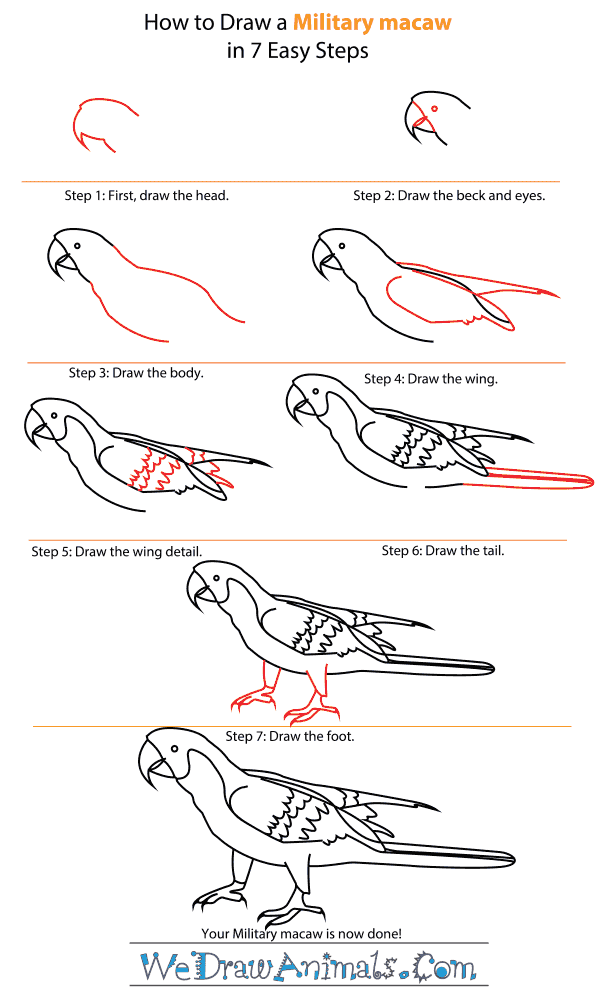 How to Draw a Military Macaw – Step-by-Step Tutorial

Previous post: How to Draw a Mary River Turtle