How to Draw a Nightingale 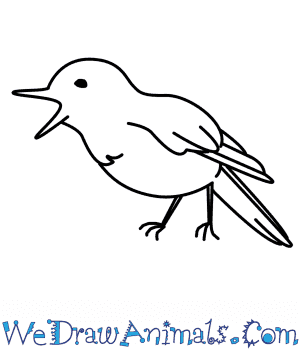 In this quick tutorial you'll learn how to draw a Nightingale in 7 easy steps - great for kids and novice artists.

At the bottom you can read some interesting facts about the Nightingale.

How to Draw a Nightingale - Step-by-Step Tutorial 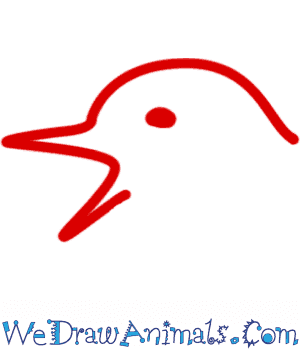 Step 1: Draw a rounded head with a wide, open beak. 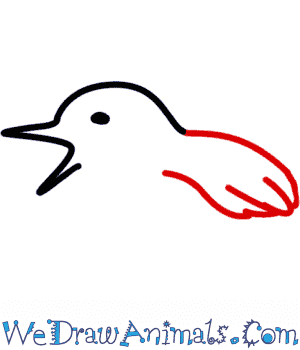 Step 2: Extending from the back of the head, draw a wing with small feathers. 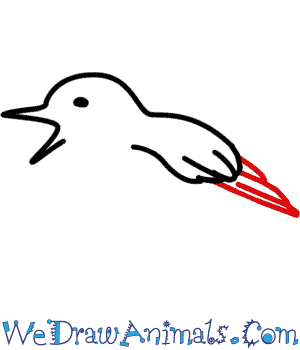 Step 3: Add longer feathers to the end of the wing that you just drew. 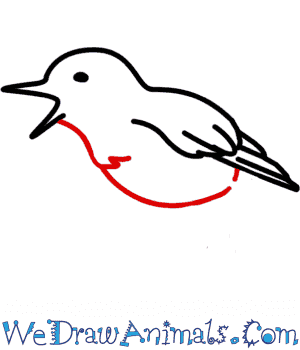 Step 4: Beneath the bottom part of the beak, draw a curved line to indicate a round belly. 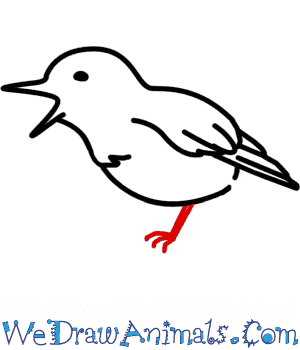 Step 5: Draw the first leg, a tiny little leg with claws on the end. 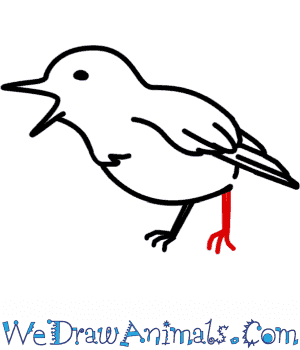 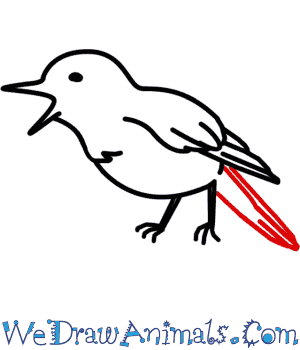 Step 7: Now add the tail, finishing it off with some feathery details.

Interesting Facts about the Nightingale

The Nightingale is a singing bird that lives in several parts of Europe and Asia. Habitats include dense thickets and forests. Throughout history they were captured from the wild and sold in cages as a commodity. This practice has become less but it still left its mark on the Nightingale population. While the population is still strong, the species is suffering from severe habitat loss in England.

Lesson Plan Idea – Have a singing concert (or play) for the family of your students. Possibly have them split into groups and create their own nightingale themed costumes. Decorate the classroom with photos and crafts made by the students for the event. 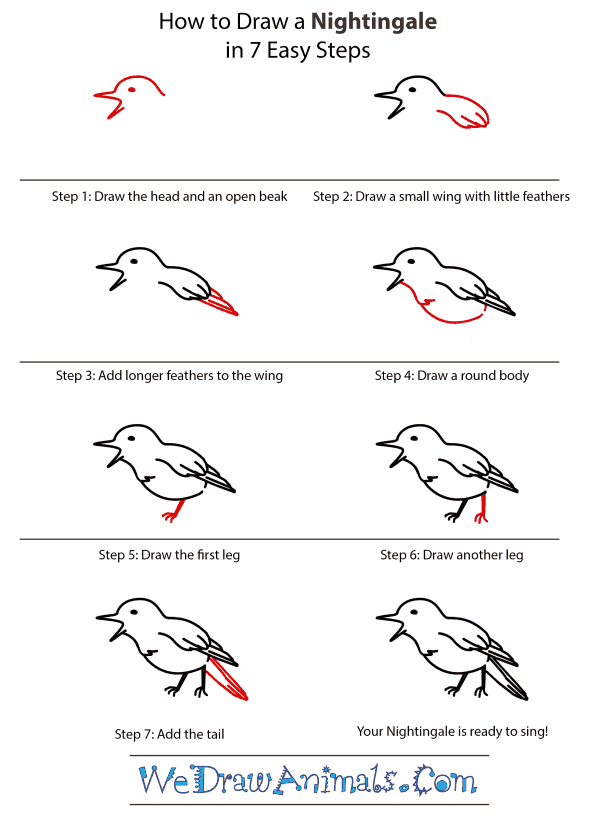 How to Draw a Nightingale – Step-by-Step Tutorial