How to Draw a Northern Goshawk 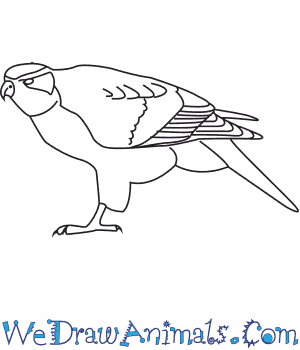 In this quick tutorial you'll learn how to draw a Northern Goshawk in 7 easy steps - great for kids and novice artists.

At the bottom you can read some interesting facts about the Northern Goshawk.

How to Draw a Northern Goshawk - Step-by-Step Tutorial 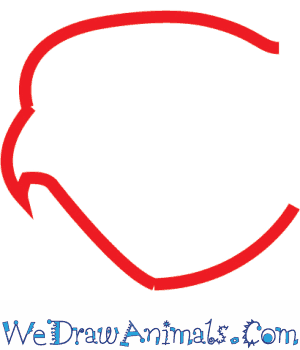 Step 1: Begin by drawing the outline of the head and beak 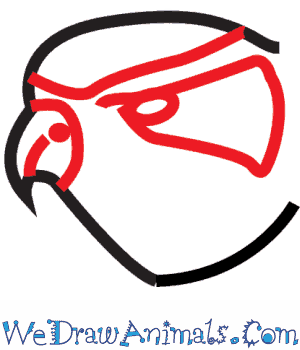 Step 2: Draw the face and eye one section at a time. Draw a small circle for the eye and then the pieces around it. Draw a line seaparating a beak and then another line separating the top and bottom parts of the beak 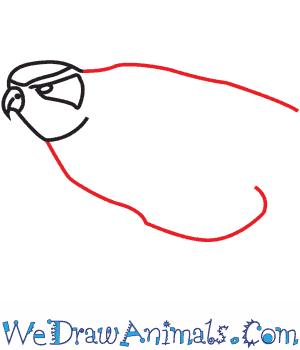 Step 3: Draw the body with two lines on each side of the body 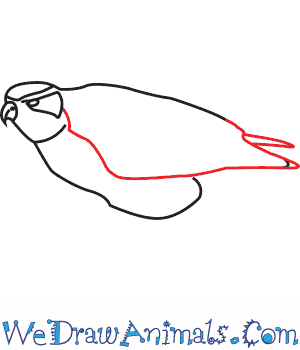 Step 4: Draw a big wing on its side that starts in the center of the head and fills in the gaps between the two lines of the body 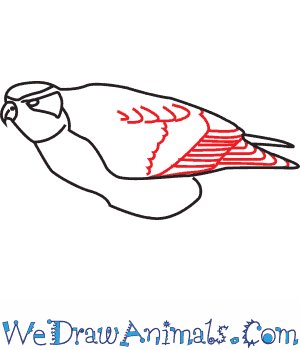 Step 5: Draw some lines to make feathers on the wing. Some of the lines are curved, some are straight, and some are arched. Copy the picture exactly 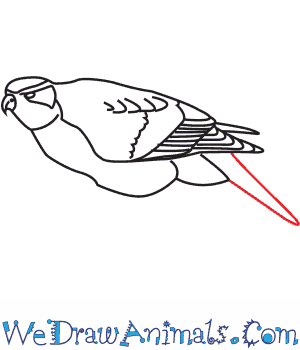 Step 6: Draw a tail by making a long traingle with a rounded point coming from the back of the body 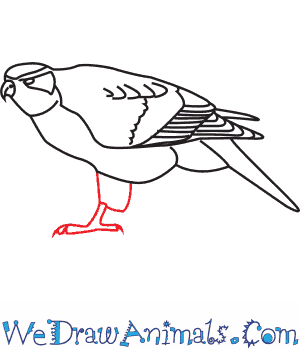 Step 7: To finish, draw a leg and a foot. Make small lines coming out of each toe to make claws

Northern Goshawks are predatory birds. They hunt small animals like rats, rabbits, mice, and other small birds. They live in North America, Europe, and Asia. They like really old forests and tend to keep to themselves. Northern Goshawks are very strong looking, so much so that many cultures viewed them as symbols of strength. The have rounded wings and long tail feathers. Their heads have black caps and their bellies are gray. Their backs are normally a darker gray.

Theme: Since Northern Goshawks were popular in Falconry use the bird as a cross over subject in English (classic literature describing the hunting), Math (example: “If Henry sends out his Goshawk twice a day and each time the bird brings back a rabbit; how many rabbits will Henry have in a week?”), and Science. 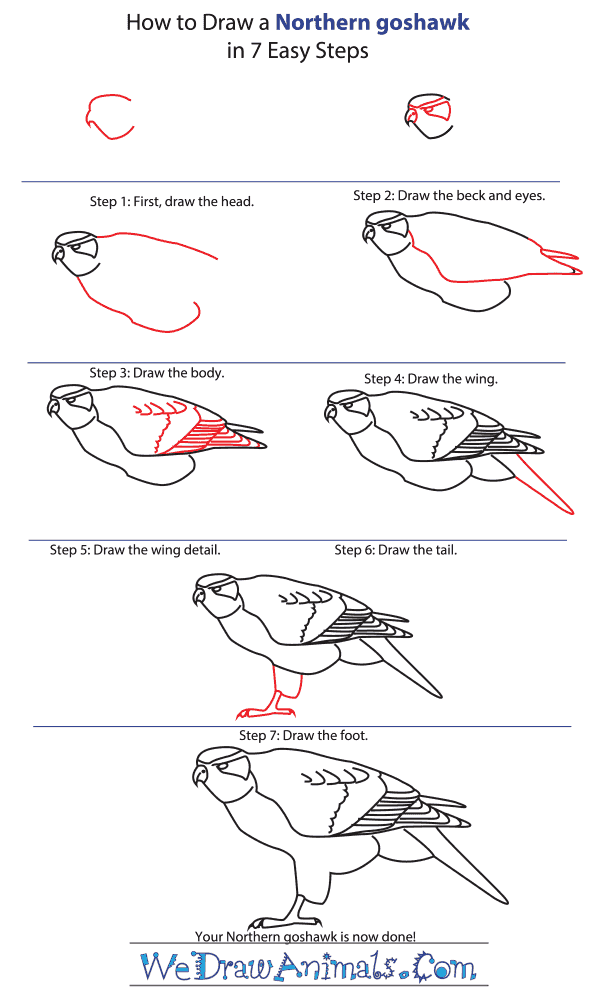 How to Draw a Northern Goshawk – Step-by-Step Tutorial