How to Draw a Pachyrhinosaurus 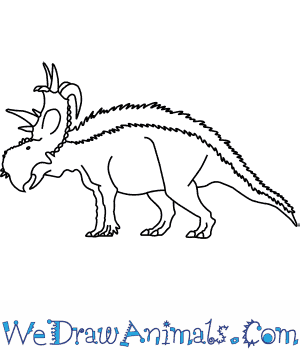 In this quick tutorial you'll learn how to draw a Pachyrhinosaurus in 6 easy steps - great for kids and novice artists.

At the bottom you can read some interesting facts about the Pachyrhinosaurus.

How to Draw a Pachyrhinosaurus - Step-by-Step Tutorial 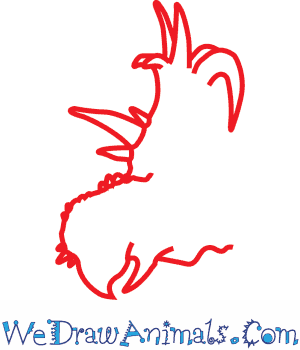 Step 1: First, draw the head. The pachyrhinosaurus has a large, sharp snout like a beak and a flat “frill” above its face with many horns, pointing and curving in different directions. Three above its eyes point forward, while on the frill, two small horns curve forward, two taller ones point up, and two more curve backwards. 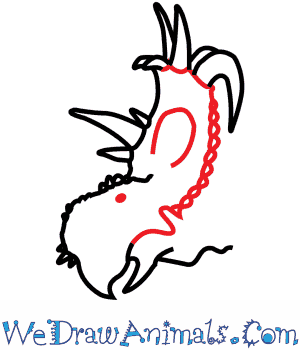 Step 2: Draw the face and eyes. Use a line to connect the top portion of the mouth to the top of the frill with a row of small circles, which are bone, up to the top. 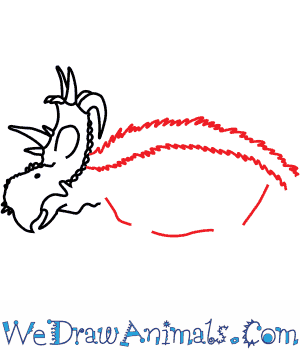 Step 3: Draw the body using two ragged, curved lines for the back, running from the frill to where the tail starts. Use two lines sloping down at the front and back of the body, with one horizontal line in the middle, leaving gaps for the legs. 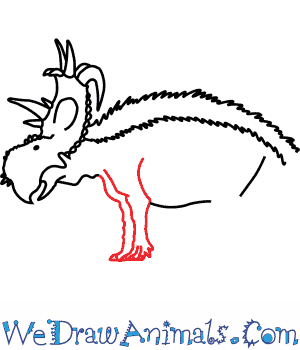 Step 4: Draw the front legs, narrow like a horse’s but with large feet more like a rhino’s or elephant’s. 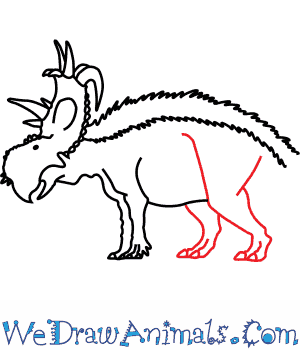 Step 5: Draw the hind legs, larger and wider than the front, with much larger feet like an upright, bipedal dinosaur—T-Rex for example. 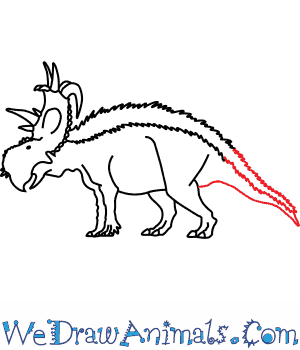 Step 6: Draw the tail, continuing the row of lines from the back before narrowing out at the end. Draw a low, sloping line for the bottom of the tail from the middle of the hind leg.

Interesting Facts about the PACHYRHINOSAURUS

The Pachyrhinosaurus is a member of the dinosaur group and the scientific term for them is P. canadensis. Their Greek name “pachy-rhino-saurus” means “thick-nosed-lizard” in English which refers to its large facial feature. The term “canadensis” refers to its native land of Canada. When faced with a threat, this animal could protect itself from an enemy with either the tough patch above each eye, or the large one above their nose. The three spikes on the forehead would have also provided a deterrent.

he most common predator of this four-legged vegetarian was the Albertosaurus, a two-legged creature much taller than this species, which possessed a large head full of teeth. It couldn’t bite the neck of the smaller dinosaur, because of the bony frilled collar that was attached to the skull. The frill had two small, curved, backward-pointed horns, to protect the neck. 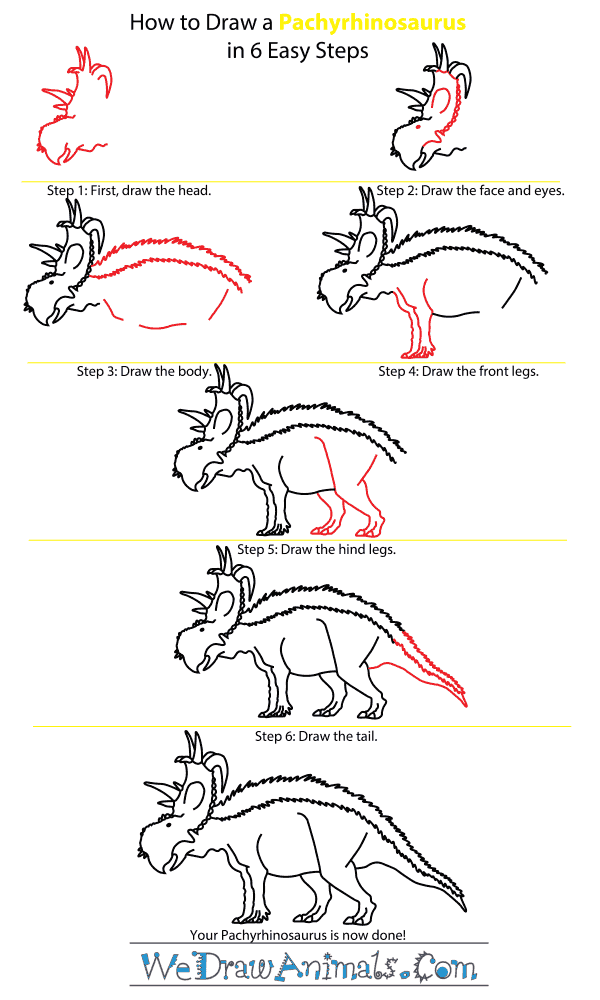 How to Draw a Pachyrhinosaurus – Step-by-Step Tutorial