How to Draw a Carcharodontosaurus 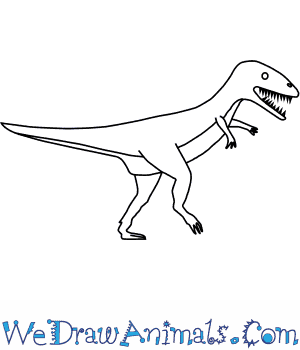 In this quick tutorial you'll learn how to draw a Carcharodontosaurus in 6 easy steps - great for kids and novice artists.

At the bottom you can read some interesting facts about the Carcharodontosaurus.

How to Draw a Carcharodontosaurus - Step-by-Step Tutorial 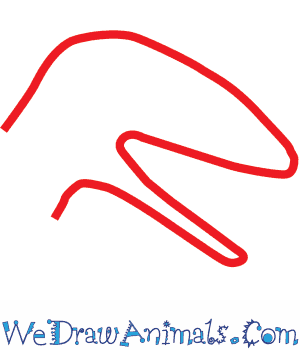 Step 1: First, draw the head, with long, flat jaws, almost like a crocodile’s but not as flat. 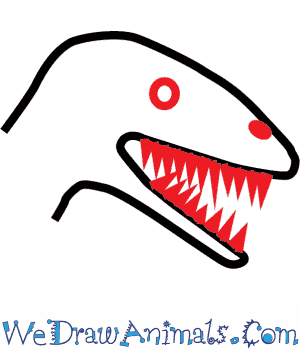 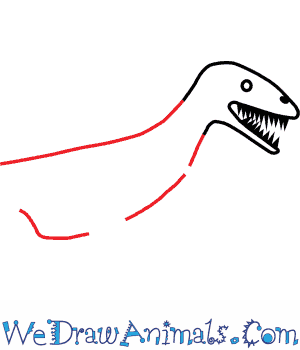 Step 3: Draw the body with a long sloping line that will go from the back of the head all the way down to the start of the tail. Then draw a series of lines, angled to show the bottom of its neck, chest and underside. Leave gaps for the limbs and end with a V-shaped line behind the legs where the body meets the tail. 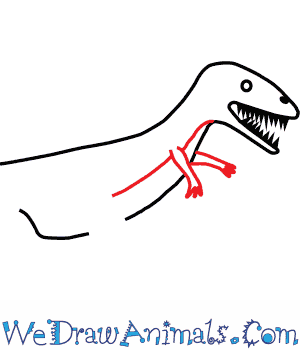 Step 4: Draw the front legs. Like in many therapods, these were small but very powerful. Draw narrow arms and small claws, ready to catch its prey. Another curved line that goes past the armpit will show the pattern of the chest of the dinosaur. 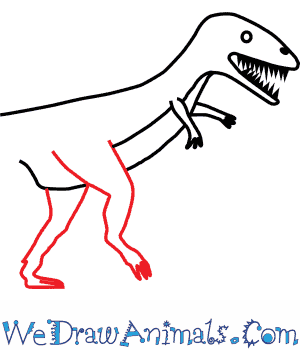 Step 5: Draw the hind legs, with a series of curved lines, bending for the large thighs, knees, shins, and ankles. Show one leg raised as if the carcharodontosaurus is in motion. The feet were large and flat with sharp claws. 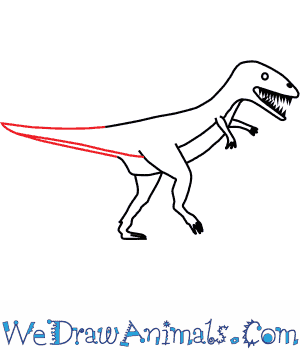 Step 6: Draw the tail, thick and curving slightly behind the dinosaur, ending in a whip-like point. The carcharodontosaurus used this for balance like many dinosaurs.

Interesting Facts about the CARCHARODONTOSAURUS

The Carcharodontosaurus is a member of the dinosaur group and the scientific term for them is C. saharicus. Their Greek name “carcharo-donto-saurus” means “sharp-tooth-lizard” in English which refers to the vicious predatory nature of this species. The term “saharicus” refers to its native land of the Sahara Desert. This is the largest predator to have walked the Earth, except for the Spinosaurus. With enormous jaws, their serrated teeth had the same size and shape of the Great White Shark.

hey lived in northeast Africa of mostly Algeria. By examining the shape of the skull’s interior, the front part of the brain must have been tilted 45 degrees downward, with a 40 degree angle of the midbrain segment. This configuration is similar to that of reptiles. The ear canal chambers in the skull have a triangular outline, which is also a pattern only found in modern reptiles. 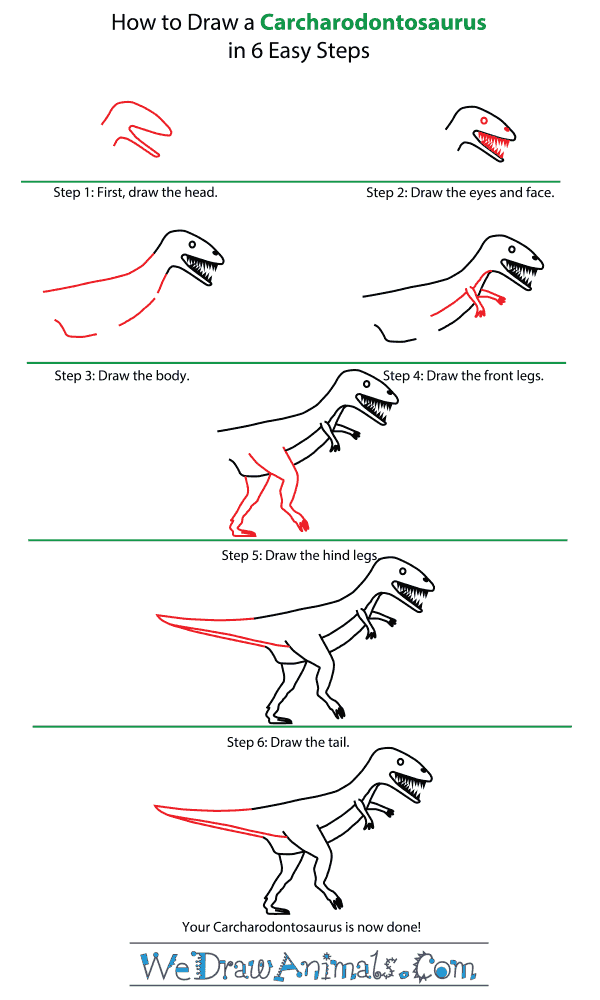 How to Draw a Carcharodontosaurus – Step-by-Step Tutorial