How to Draw a Deinonychus 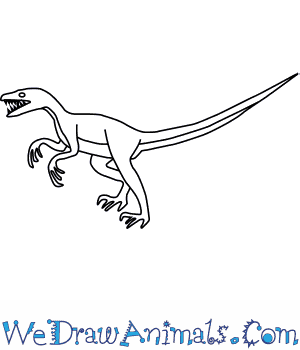 In this quick tutorial you'll learn how to draw a Deinonychus in 6 easy steps - great for kids and novice artists.

At the bottom you can read some interesting facts about the Deinonychus.

How to Draw a Deinonychus - Step-by-Step Tutorial 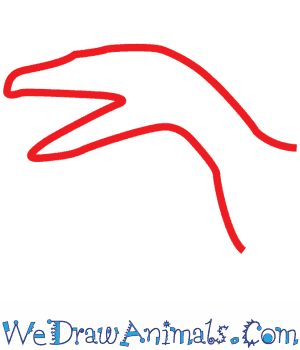 Step 1: First, draw the head with a bird-like head and a V-shaped opening to show the mouth, and the top of the neck 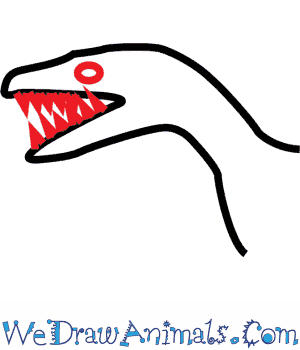 Step 2: Draw the eyes and face, with a large circle for the eye and sharp teeth. 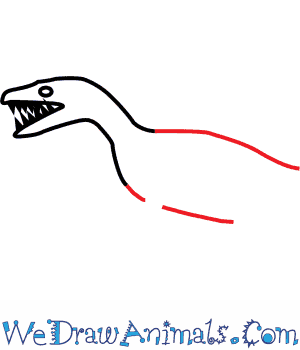 Step 3: Draw the body, using lines from the bottom of the neck to show the slope down to the underside of the Deinonychus, while the top of the neck, shoulders and back are flatter. Leave gaps for the front and hind legs. 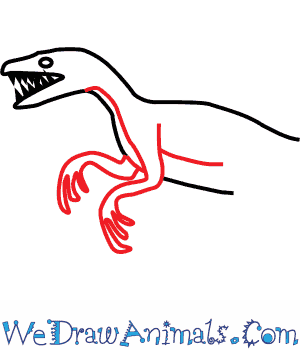 Step 4: Draw the front legs, which were long and adapted for grasping. Deinonychus had very large, sharp claws at the end of muscular, narrow arms. Draw them at an L-shaped angle, getting ready to catch its prey. 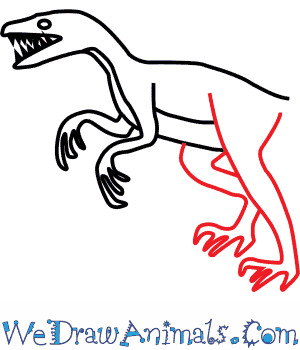 Step 5: Draw the hind legs, which are very long and narrow. The feet are large and flat with four sharp toes, and one claw on each foot curved upwards. This curved claw was common in the group of dinosaurs that included Deinonychus and Utahraptor. Draw one leg bent and raised as if it were running. 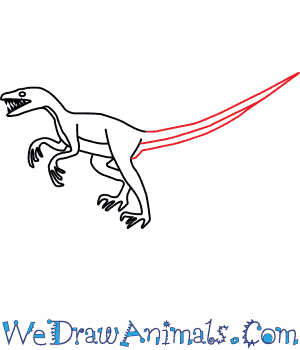 Step 6: Draw the tail, which was longer than the body and would have stuck out straight and pointed up behind it while in motion for balance.

Interesting Facts about the DEINONYCHUS

The Deinonychus is a member of the dinosaur group and the scientific term for them is D. antirrhopus. Their Greek name “deinonychus” means “terrible claw” in English which refers to the practical elongation of some toes. The term “antirrhopus” means “counterbalancing” and refers to the likely purpose of their stiffened tail. The center digit in each of the two feet was used to slice other animals open.

hey lived in central and eastern North America at floodplains, swamps, tropical or sub-tropical forests, deltas, and lagoons. Their skull had a powerful mouth that possessed many curved teeth shaped like blades, and they hunted in numbers. These fast animals could bite through bones. 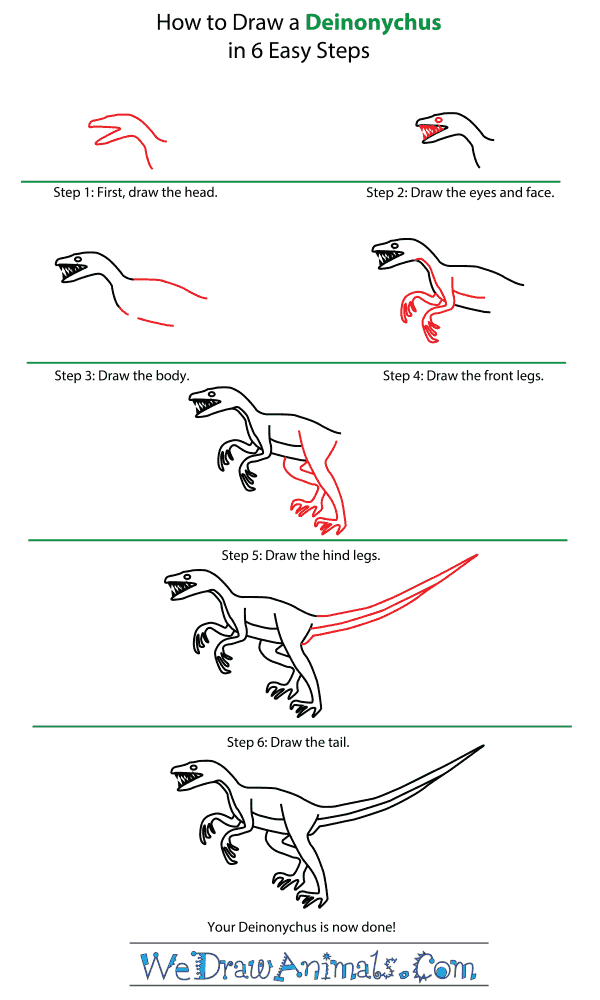 How to Draw a Deinonychus – Step-by-Step Tutorial