How to Draw a Parasaurolophus 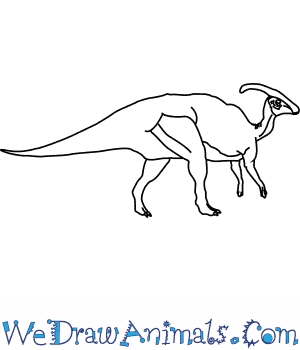 In this quick tutorial you'll learn how to draw a Parasaurolophus in 6 easy steps - great for kids and novice artists.

At the bottom you can read some interesting facts about the Parasaurolophus.

How to Draw a Parasaurolophus - Step-by-Step Tutorial 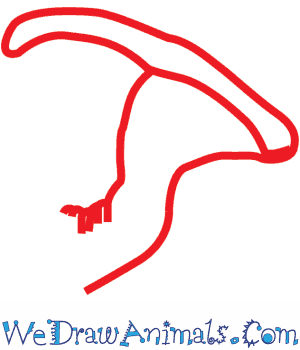 Step 1: First, draw the head. Imagine a duck’s head shape without a bill, and don’t forget the most famous feature of the parasaurolophus: it’s long, curved bone crest that goes from its nose all the way past the top of its head. 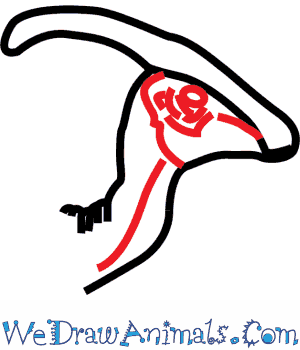 Step 2: Draw the face and eyes, with a serious of lines that show the features of its skin. 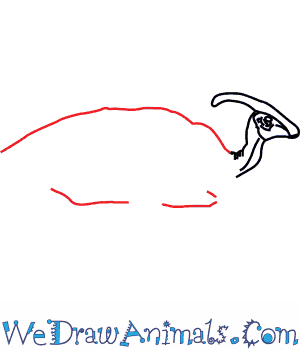 Step 3: Draw the body, using a high, humped shape for the back and a mostly flat line for the underside, with gaps for the limbs. The parasaurolophus had a thicker body shape, belonging to the large herbivore group called ornithopods. 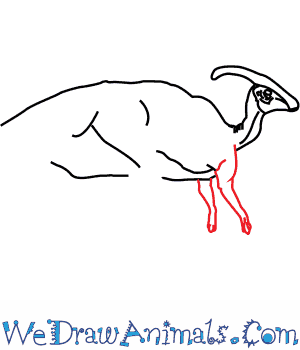 Step 4: Draw the front legs, which were thin but longer than other predatory dinosaurs like the T-Rex. Parasaurolophus sometimes walked on all four legs, but ran on its back two. 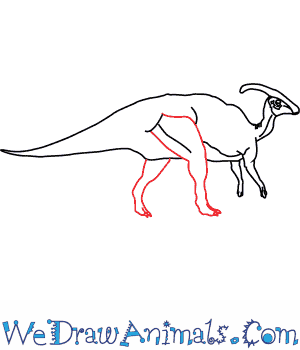 Step 5: Draw the hind legs much larger than the front two, with big thighs and long, thin lower legs. The feet were large and flat. Make sure to draw lines to show the texture of the muscles and skin. 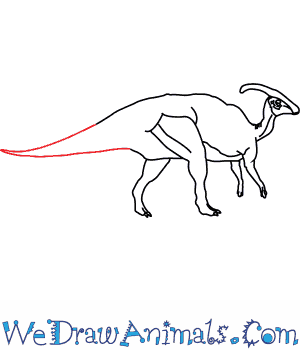 Step 6: Draw the tail, which was not as long as other dinosaurs’ like sauropods or therapods, but was very thick and muscular.

Interesting Facts about the PARASAUROLOPHUS

The Parasaurolophus is a member of the dinosaur group and the scientific term for them is P. walkeri. Their Greek name “para-sauro-lophus” means “near-lizard-crest” in English which refers to the head adornment not being fully attached, but protruding from the skull and curving toward the back. The term “walkeri” refers to how the founder named it after Sir Byron Edmund Walker, Chairman of the Board of Trustees of the Royal Ontario Museum, who maintained the fossil.

he purpose for the hollow crest is thought to be used for an acoustical resonance when communicating and/or for breathing while most of the head was under water. This species was an herbivore with two legs and lived in North America at floodplains, swamps, ponds, and lakes. It would hunt for food, often on four limbs, and grab it with the beak before grinding it with replaceable teeth. 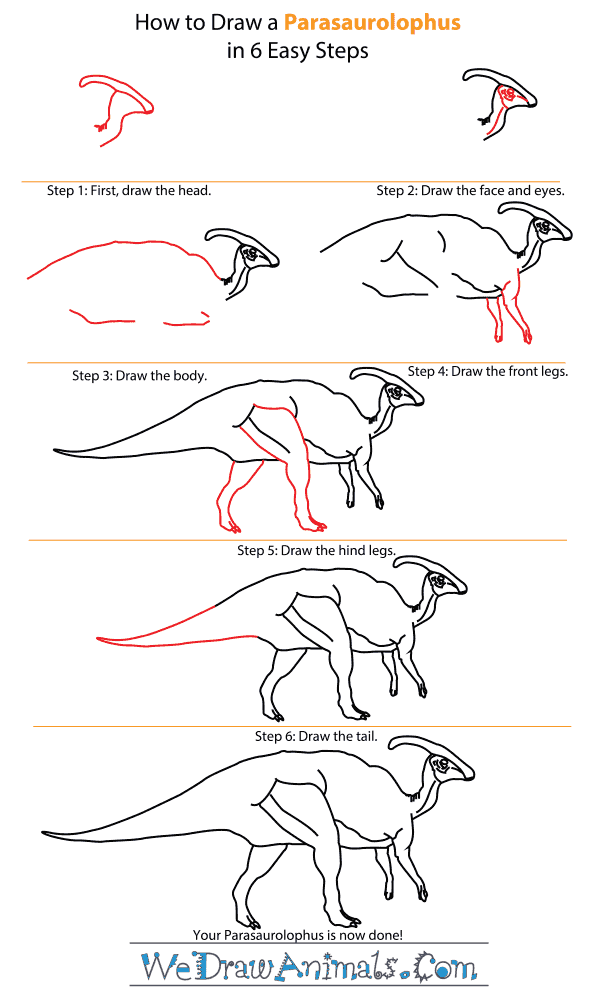 How to Draw a Parasaurolophus – Step-by-Step Tutorial