How to Draw an Apatosaurus 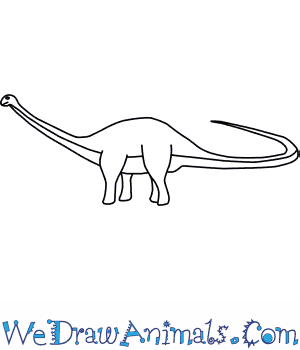 In this quick tutorial you'll learn how to draw an Apatosaurus in 6 easy steps - great for kids and novice artists.

At the bottom you can read some interesting facts about the Apatosaurus.

How to Draw an Apatosaurus - Step-by-Step Tutorial 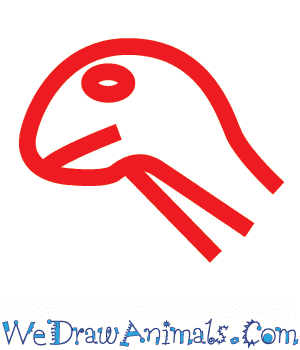 Step 1: First, draw the head. The Apatosaurus had a very small round head compared to its body, so draw a small circle leading into a large, long neck. 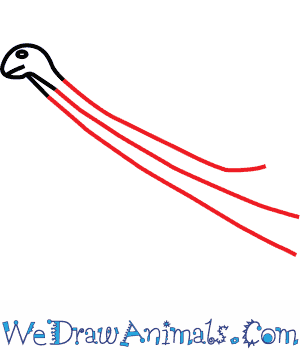 Step 2: Draw the eyes, face and neck. Like all sauropods, this dinosaur had a very long neck leading down to a large body, so draw two long, sloping lines down to the where the back and underside will begin. Draw a third line down the middle of the neck starting at the jaw. This was a particular marking on the Apatosaurus that ran along the neck and belly. 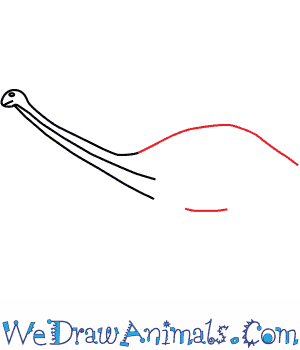 Step 3: Draw the body, with a long, humped line for the back and a small curved line as the belly, between where the legs will go. 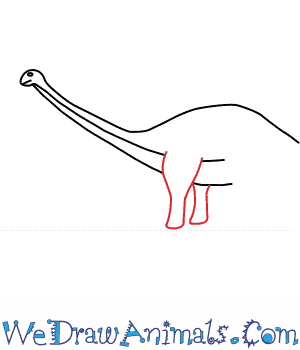 Step 4: Draw the front legs, starting with a thick upper leg and narrowing into smaller, elephant-like feet. Remember to draw only part of the other leg on the other side of the body. 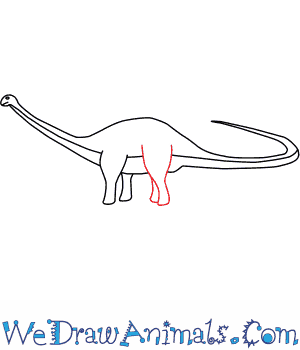 Step 5: Draw the hind legs much the same as you drew the front legs, but with a slight difference in size because, as with more dinosaurs, the back legs would have been longer and begun higher on the body. 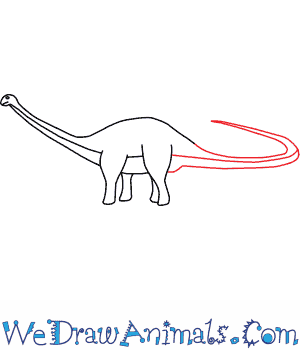 Step 6: Draw the tail. Here the line that goes down the rest of the body will continue all the way to the end. The Apatosaurus’ tail was very long and narrow like a whip, nearly the length of its body, and like all sauropods, it was for balance.

Interesting Facts about the APATOSAURUS

The Apatosaurus is a member of the dinosaur group and the scientific term for them is A. ajax. Another common name for this species is the Brontosaurus. Their Greek name “apato-saurus” means “deceptive-lizard” in English which refers to the chevron shape in the tail bones appearing as the same shape as another species. Their other Greek name “bronto-saurus” means “thunder-lizard” in English which refers to the sound that it made when it walked, because its footsteps would have been very loud under the extreme weight of this heavy animal. The term “ajax” refers to the very large and strong hero Ajax, from Greek mythology.

It had the most classic dinosaur shape of all animals, with a long neck and tail on four sturdy legs. It is one of the heaviest dinosaurs known, and therefore was not pursued by predators that had coexisting fossils during the same time period. This species lived in western North America. 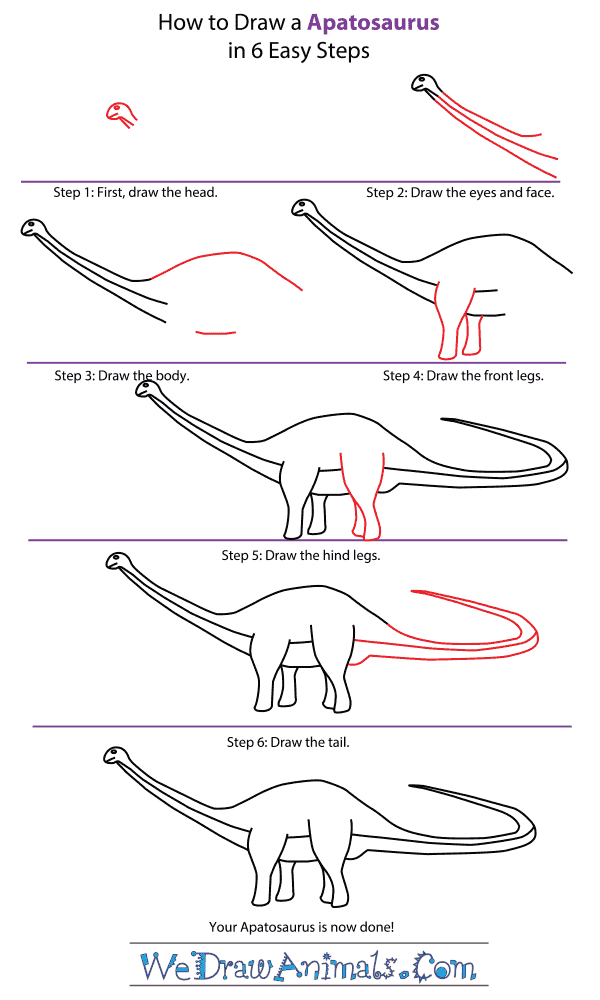 How to Draw an Apatosaurus – Step-by-Step Tutorial