How to Draw a Painted Bunting 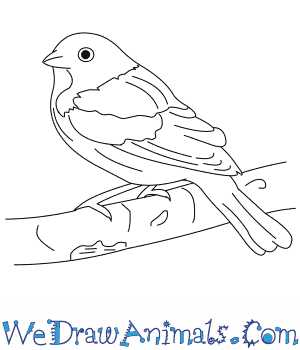 In this quick tutorial you'll learn how to draw a Painted Bunting in 7 easy steps - great for kids and novice artists.

At the bottom you can read some interesting facts about the Painted Bunting.

How to Draw a Painted Bunting - Step-by-Step Tutorial 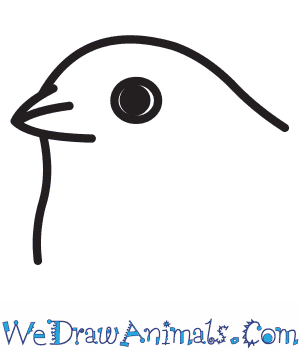 Step 1: Draw a curve. Draw a triangle with a line through the middle under one end of it, and another curve under the triangle. Draw a circle with a large black dot in it under the middle of the first curve. 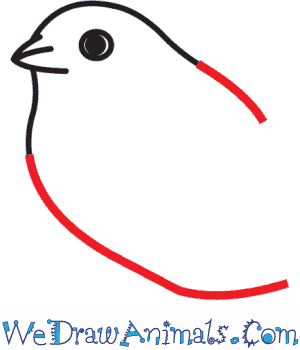 Step 2: Draw a large curve under the head and a small curve from the top of the head. 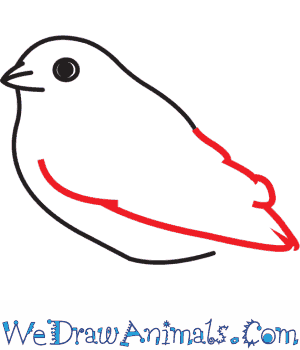 Step 3: Draw a large V-shape that goes from the back and into the top of the chest. 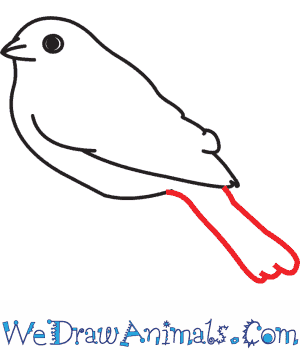 Step 4: Between the wing and the rear, draw a long rectangle. 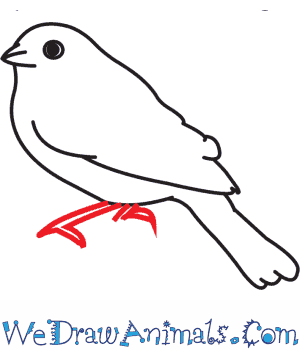 Step 5: Draw a long line with a line going backward from the end of it under the body. Repeat with a shorter line for the second leg. 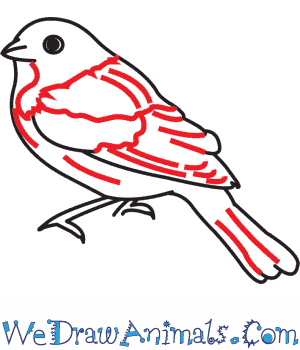 Step 6: Add wavy and straight lines all over the body to define the feathers. 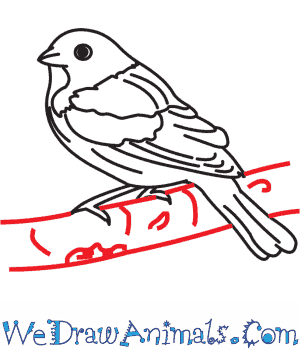 Step 7: Draw two long curves under the feet, with wavy and straight lines in between them, for a tree branch. Your painted bunting is done! You can color it with a dark blue head, green back, and red chest and underbelly.

Painted Buntings are brightly colored birds that live in Central America and the Caribbean Islands. They are a perching bird that looks like it got caught in a paint factory and knocked over all the jars, which left them with many colors in their feathers; including red, blue, green, yellow, and purple. Painted Buntings grow to be 4 to 5 inches long and an 8 to 9 inch wing span. They like to live in bushes and old tree groves. The main food they eat is seeds and bugs. Once a male Painted Bunting only mates with 1 female per season. The female chooses a territory to nest on and the male visits her to breed. Painted Buntings migrate to breed in the southwest of the United States.

Activity: Set out paints, crayons, markers, glitter, and colored pencils. Then give each student a drawing of the Painted Bunting. Ask them if they had painted the bird, what would it have looked like? 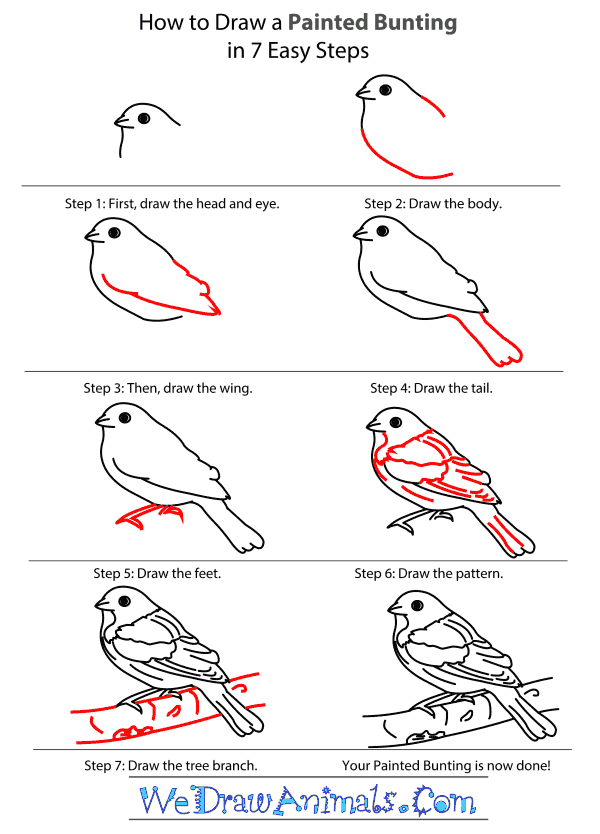 How to Draw a Painted Bunting – Step-by-Step Tutorial

Previous post: How to Draw a Leaf-Scaled Sea Snake