How to Draw a Red-Shouldered Hawk 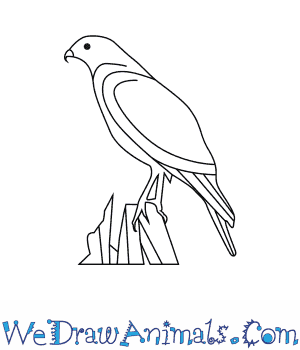 In this quick tutorial you'll learn how to draw a Red Shouldered Hawk in 6 easy steps - great for kids and novice artists.

At the bottom you can read some interesting facts about the Red Shouldered Hawk.

How to Draw a Red Shouldered Hawk - Step-by-Step Tutorial 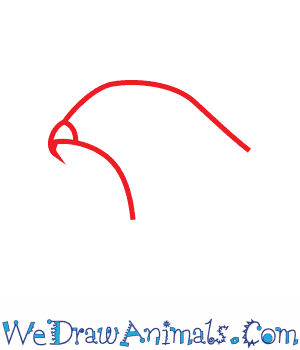 Step 1: Draw two curves whose ends meet in a sharp point. Add a small vertical line in the point. 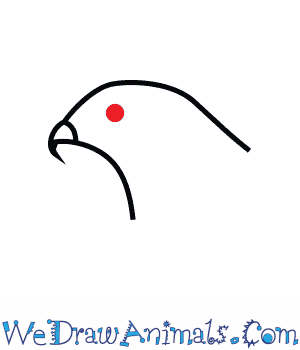 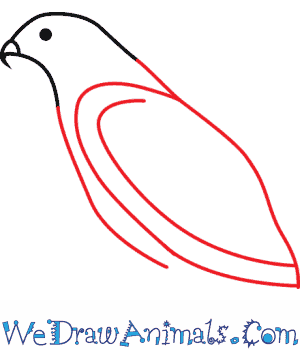 Step 3: Draw an upside-down teardrop under the head, with a curve inside that goes along the bottom and rounded end. Add a line that connects this shape to the back of the head. Add a curve that runs down from the bottom of the head to the middle of the wing. 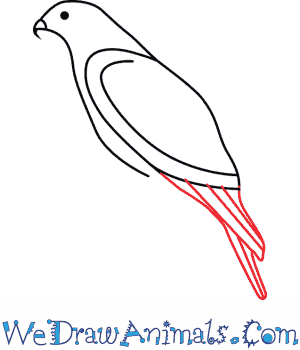 Step 4: Draw a downward-pointing triangle beneath the wing and add a second point under that. Draw lines on both shapes. 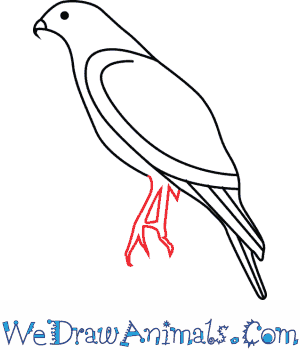 Step 5: In the space between the underbelly and the tail, draw two pairs of straight lines that end in points going opposite directions. 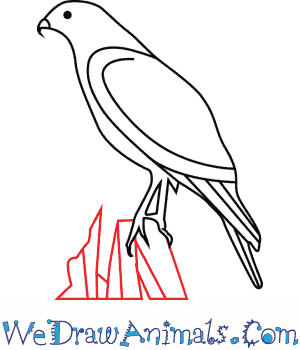 Step 6: Add some blocks and pointy shapes under the feet. You have drawn a red-shouldered hawk! You can color it with a brown head, red chest, pale underside, and black and white bars on the wings.

Red Shouldered Hawks are called that because of the red patches on the top of their wings. They are mostly brown with white markings and the red patches. They grow to about 16 to 24 inches long and have a wing span of 37 to 43 inches. Red Shouldered Hawks eat small animals like frogs, mice, rabbits, and squirrels. They live in trees that are near lakes and rivers. Their main living area is the east coast of the United States.

Activity: A twist on a classic game of hide and seek is to separate a group of kids into 2 teams. One is the Hawks and the other is the crows. Choose 1 student to be the owl, which is the person who hides. At the count of 100 the Hawks and Crows search for the Owl. The first team to find him or her wins the round. 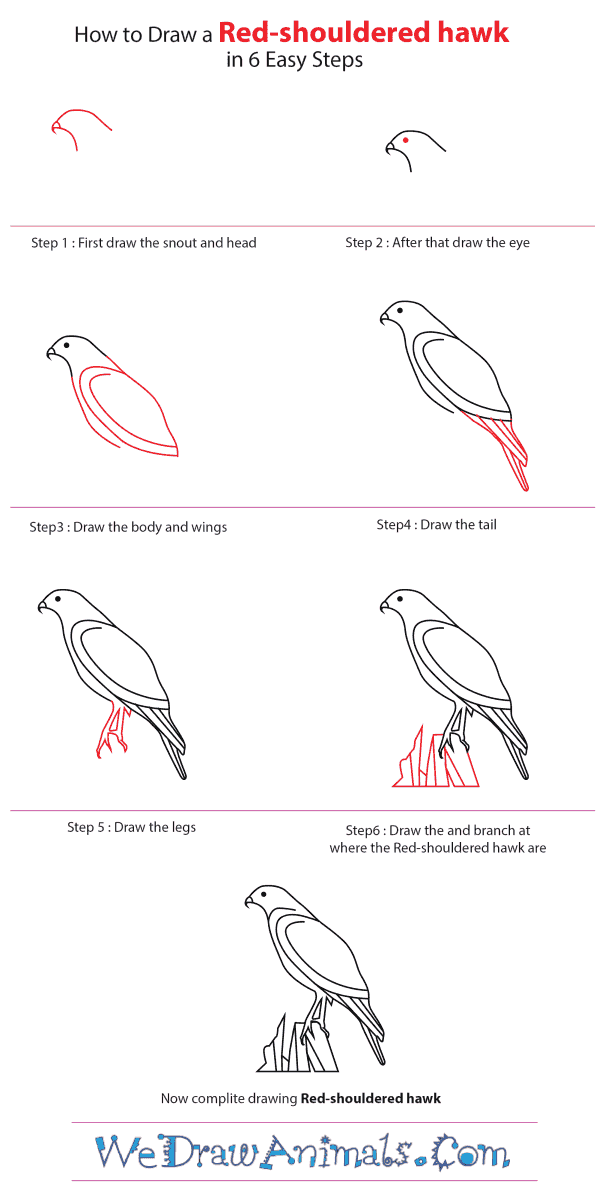 How to Draw a Red-Shouldered Hawk – Step-by-Step Tutorial