How to Draw a Salmon Shark 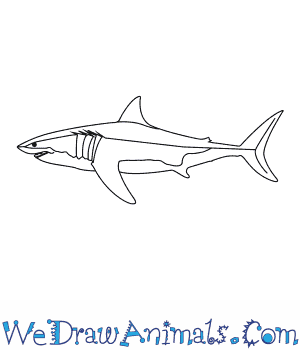 In this quick tutorial you'll learn how to draw a Salmon Shark in 6 easy steps - great for kids and novice artists.

At the bottom you can read some interesting facts about the Salmon Shark.

How to Draw a Salmon Shark - Step-by-Step Tutorial 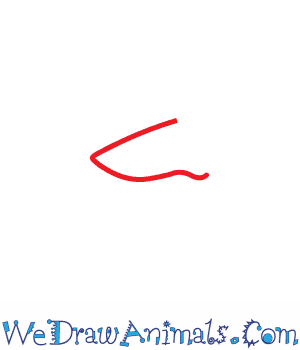 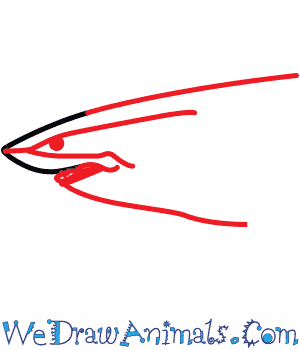 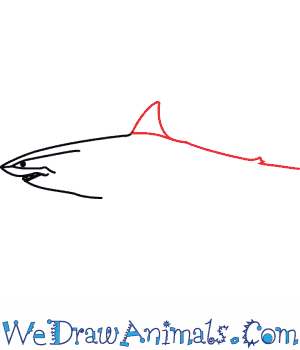 Step 3: Draw a long line pointing down, connected to the top of the back of the head. Draw a triangle on top of the spot where the two lines meet. 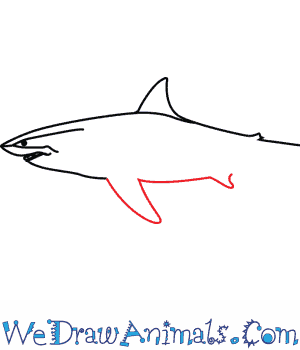 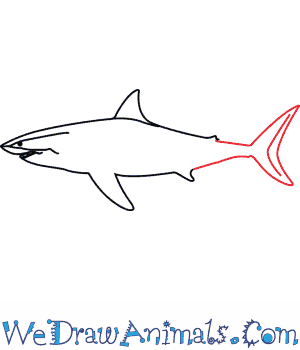 Step 5: Draw two lines from the top and bottom ends of the body. Draw an angle pointed to the body and connect the previous two lines to each end of the angle. Draw a smaller angle inside this shape. 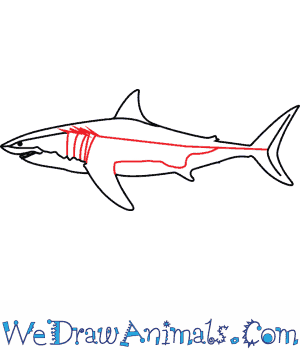 Step 6: Draw a line that goes from the top of the face to the tail. Draw a zig-zagging line from the bottom of the face to the front fin. Draw a curved line from the front fin to the first line. Draw several vertical lines near the face between the first and second line. You have drawn a salmon shark! You can color it with a grey or black topside and a white underside with dark blotches.

Lesson Plan Note: Turn your classroom into the Pacific Ocean! Decorate the room with construction paper waves and hang construction paper sharks that can be found in the area from the ceiling. This way the students have a reference to that week’s curriculum. 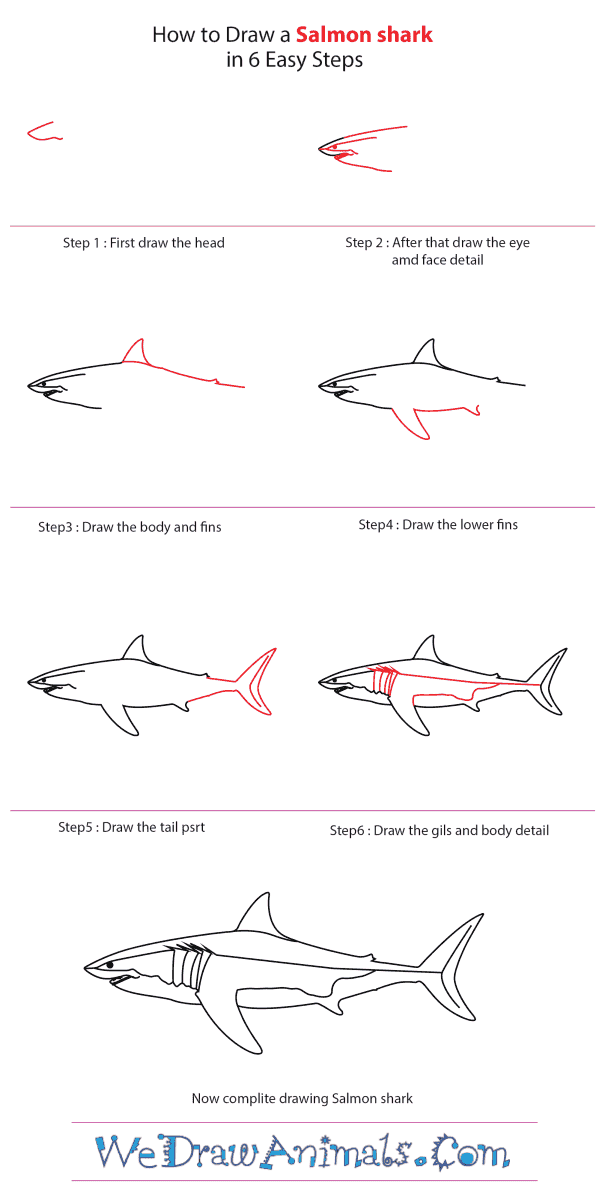 How to Draw a Salmon Shark – Step-by-Step Tutorial