How to Draw a Sea-Spider 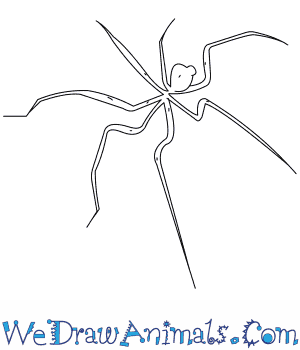 In this quick tutorial you'll learn how to draw a Sea Spider in 4 easy steps - great for kids and novice artists.

At the bottom you can read some interesting facts about the Sea Spider.

How to Draw a Sea Spider - Step-by-Step Tutorial 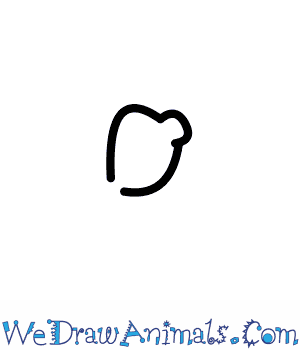 Step 1: Draw a downward-pointing teardrop with a semicircle on top of it, for the abdomen and cephalothorax. 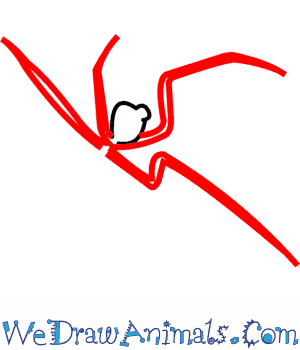 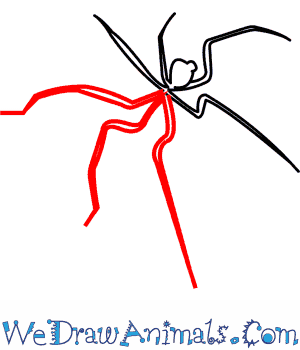 Step 3: Below the point, draw three more bending lines that point down and away from the body. 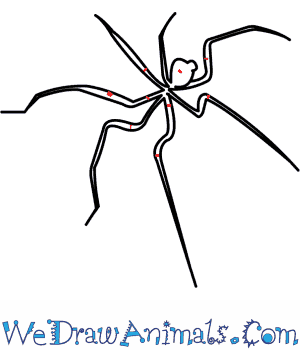 Step 4: Draw dotted patterns all over the body. You have drawn a sea-spider! Sea-spiders can have four, five, or six pairs of legs, depending on the exact species. These creatures are so small that their muscles are only one cell in width. Sea-spiders are not actually spiders, though there is a dispute over how closely they are related to true spiders compared to insects and crustaceans.

Sea-Spiders are long legged, long bodied spiders that live in shallow water. Sea Spiders are found on the coasts of Europe. They can also be found in Norway. Sea-Spiders are see-through with a little bit of pink because their insides are visible. Their bodies are separated into 2 sections. They measure up to 10 millimeters. They eat sea anemones, Whelk eggs (which is a snail), and ocean worms. A Sea-Spider’s legs are 3 to 4 times longer than its body and stick out everywhere!

Lesson Plan Note: Every county’s coastline is unique and special in its habitat. Sea-Spiders are a great topic when you class reaches the shores of Europe and Great Britain. Spend a week going around the world’s coasts and teach your class about the different species found there. For a more in depth conversation look at the species that can only be found on certain shores. 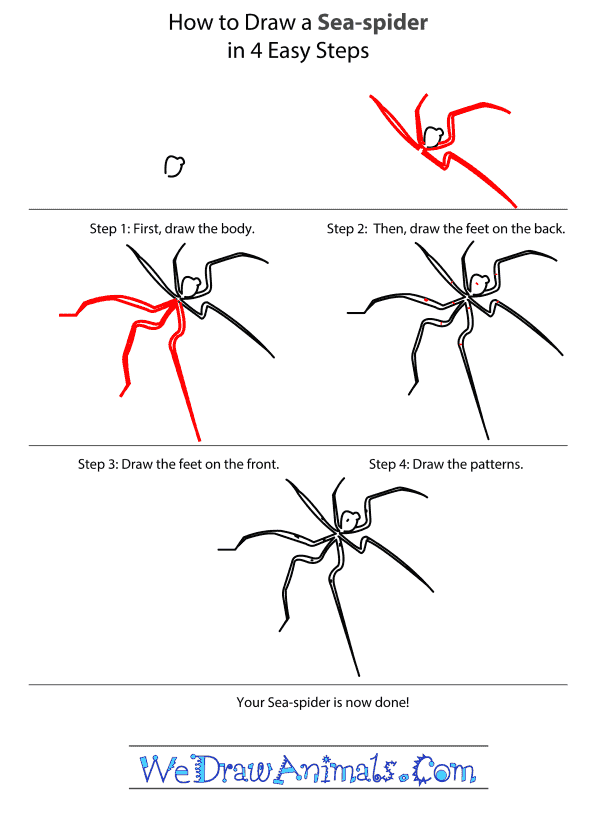 How to Draw a Sea-Spider – Step-by-Step Tutorial