How to Draw a Sharp-Shinned Hawk 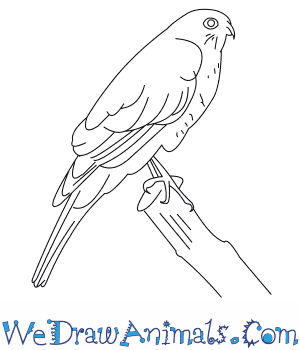 In this quick tutorial you'll learn how to draw a Sharp Shinned Hawk in 8 easy steps - great for kids and novice artists.

At the bottom you can read some interesting facts about the Sharp Shinned Hawk.

How to Draw a Sharp Shinned Hawk - Step-by-Step Tutorial 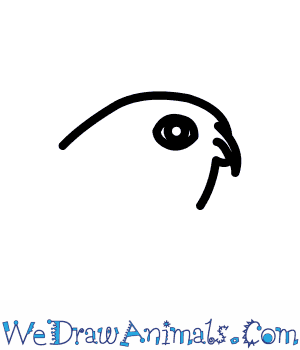 Step 1: Draw a curve, with two small curves that meet in a sharp point attached to one side of it. Draw a small circle under the middle of the curve. 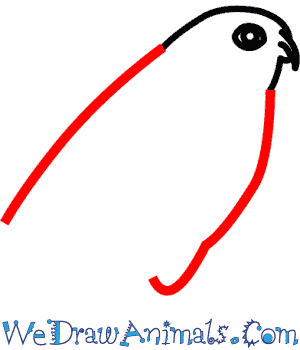 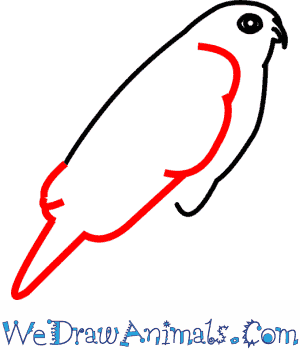 Step 3: Draw a big curve that goes down from the middle of the body, ending in a V-shape with another curve that connects to the back of the body. 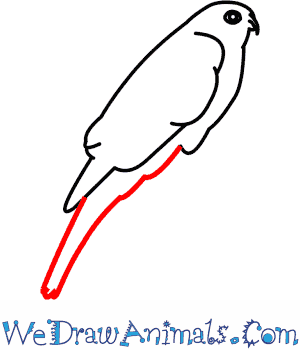 Step 4: Draw a wavy line that goes down from the belly, then curves and goes straight up under the wing. 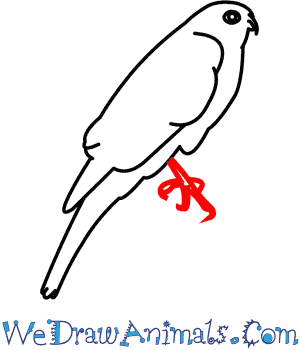 Step 5: Draw a five-pointed star shape under the body, with the top point connected to the body and the other four points ending in curved lines. 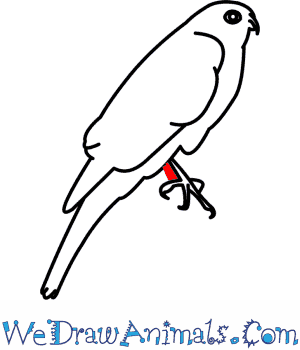 Step 6: Draw a line near the top of the star for a second leg. 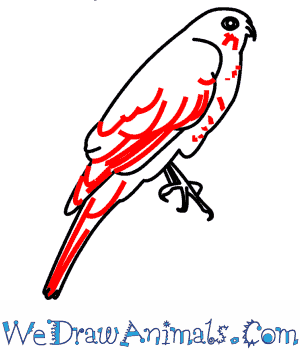 Step 7: Draw some wavy and straight lines on the wing and tail. Add dots and lines on the under belly and neck. 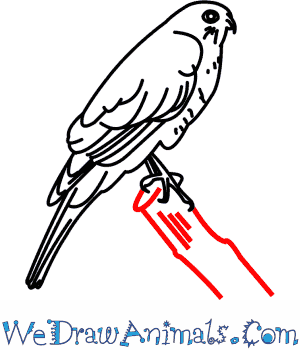 Step 8: Draw a bumpy cylinder with lines on it for a tree branch. Done! You can color it with a yellow beak and legs, dark grey upper side, and pale face and underbelly with brown markings.

A Sharp-Shinned Hawk is a predatory hawk that lives in most parts of North America. They live in thick forests with lots of evergreens. Their nests are built high up in trees to get better views of their prey. A Sharp-Shinned Hawk is a small hawk that measures 11 to 15 inches long. Their wing-span is 23 to 27 inches long, and their tails measure 4 to 7 inches long. Sharp-Shinned Hawks are a blue gray with orange-red stripes on their chests and white underparts. They eat small birds like song birds. They will catch the bird in mid-flight and tear its head off before eating it. A female is much larger than a male.

Activity: Since Sharp-Shinned Hawks put such amazing mid-air passes, a fun way to simulate that for kids is a baton rely races. Find a path that would work well for a foot race. Then divide the kids in to groups of two or three depending on the length of the course. At every mile or half a mile, post a relief runner. When the first runner reaches their relief, they pass the baton. Time the race and see which team finished the race fastest. 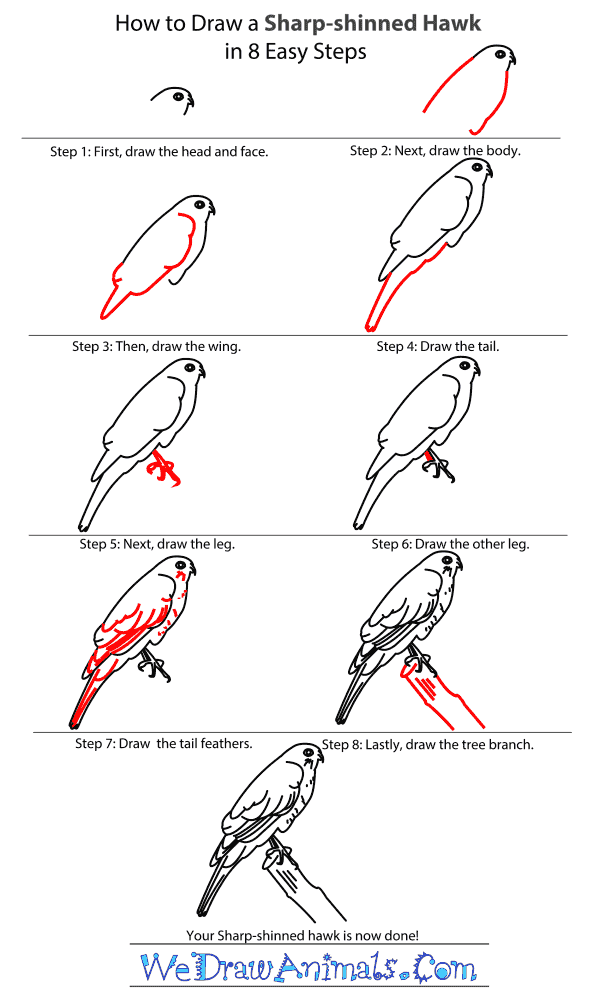 How to Draw a Sharp-Shinned Hawk – Step-by-Step Tutorial