How to Draw a Shoebill 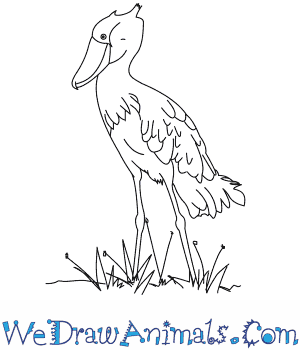 In this quick tutorial you'll learn how to draw a Shoebill in 9 easy steps - great for kids and novice artists.

At the bottom you can read some interesting facts about the Shoebill.

How to Draw a Shoebill - Step-by-Step Tutorial 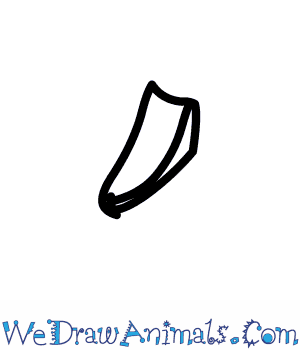 Step 1: Draw a diamond with a longer under side and short upper side and a line through the middle. 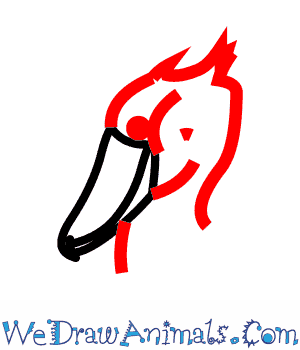 Step 2: Add a dot over the top point. Draw a small curve coming from each of the three top points, and another below the middle. Draw a curve that goes over all of these lines and back down, that zig-zags at the top. 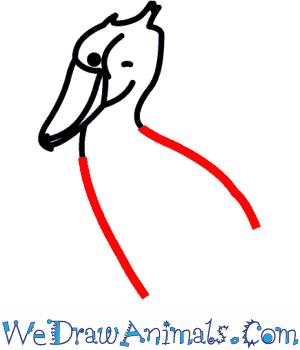 Step 3: Draw a curve coming down from the two lines that form the neck. 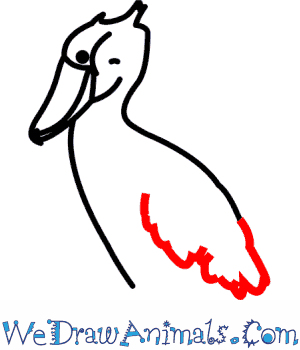 Step 4: Draw a fluffy curve that goes down from the back and up to the middle of the body. 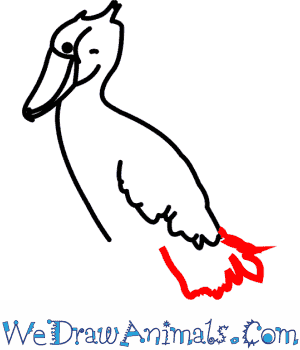 Step 5: Draw a wavy, angular shape that goes from the end of the wing to under the middle of the body. 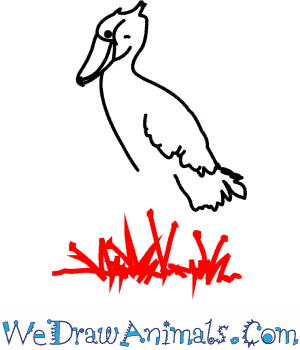 Step 6: Under the body, leaving a little space for the legs, draw a bunch of crisscrossing lines for grass. 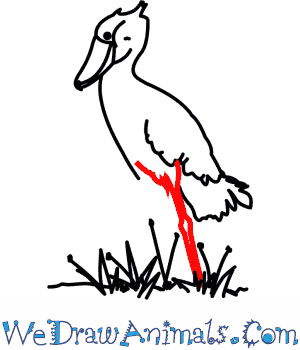 Step 7: Draw two wavy lines under the wing and middle of the body, that go straight down into the grass. 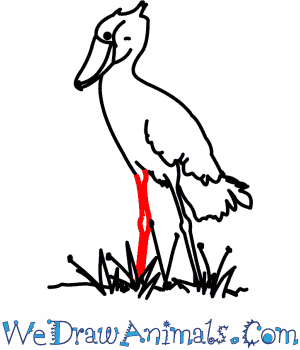 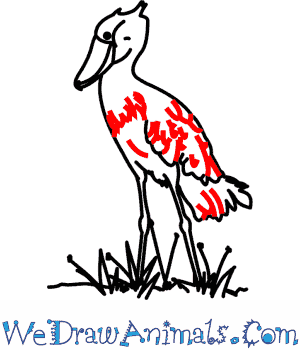 Step 9: Draw a bunch of curved lines on the chest, wing, and tail for patterning. Done! You can give it a light brown/yellow beak, dark legs, and a greyish body with darker markings.

Shoebills are pelican like birds that live in Africa. They like the marsh areas of the Sudan and Zambia. Beds of Papyrus grass seem to be their favorite wading spots. They eat lungfish, frogs, water snakes, baby crocodiles, and sometimes turtles. A Shoebill stands perfectly still waiting for its meal. Then it quickly snaps down into the water and crushes its food with its funny shaped beak. Shoebills are blue gray color from head to legs, their legs are long and black. They spend most of their day wading in water and looking for food. Shoebills live by themselves until mating season.

Activity: Shoebills hunt by standing very still. For a quiet game, line your students up and ask them to strike a pose. Then till them to hold it as long as possible. As the student s fall down or lose their balance, have them take a seat. When the last student is left standing, then offer a small prize. 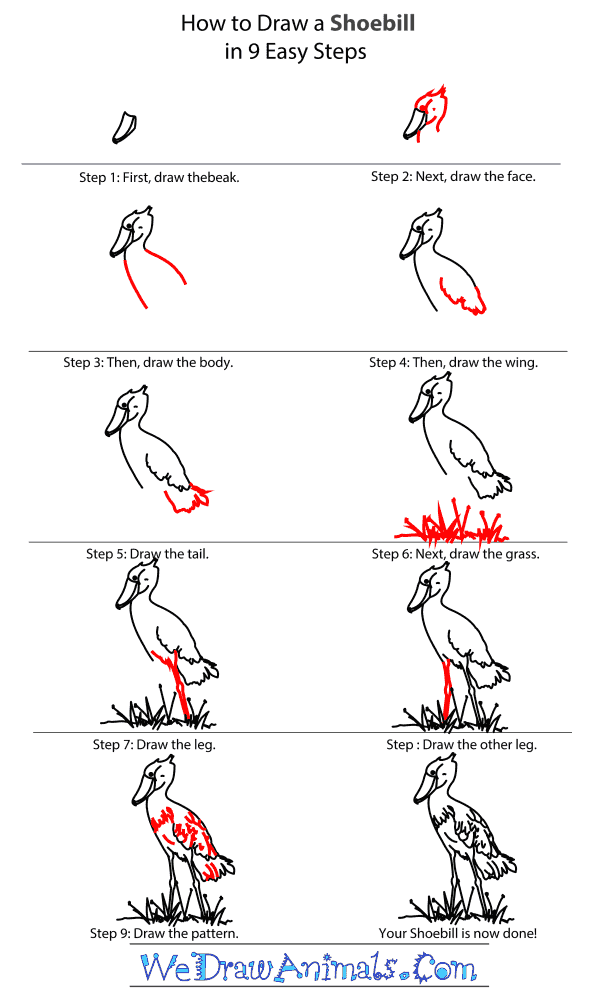 How to Draw a Shoebill – Step-by-Step Tutorial