How to Draw a Painted Lady 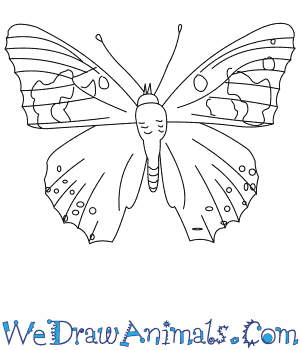 In this quick tutorial you'll learn how to draw a Painted Lady in 9 easy steps - great for kids and novice artists.

At the bottom you can read some interesting facts about the Painted Lady.

How to Draw a Painted Lady - Step-by-Step Tutorial 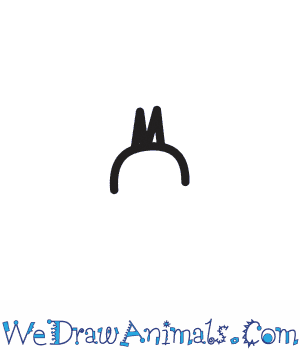 Step 1: First draw the head. It looks like an upside down "U" shape with two points on the very top. 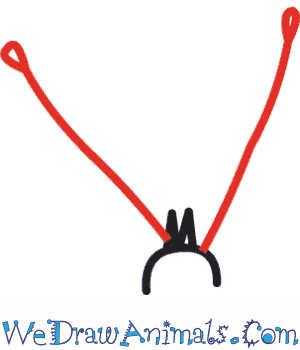 Step 2: On either side of the two points draw two very long thin lines to make the antenna. Don't forget the tiny circles at the very tips. 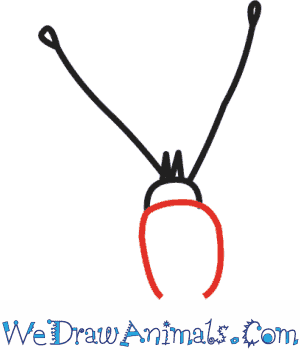 Step 3: Draw another larger upside down "U" to make the body. The head is right on top of the body. 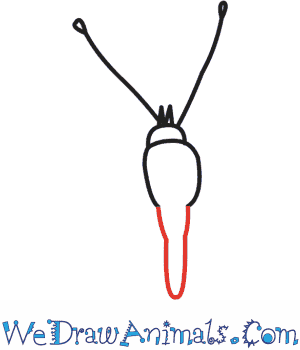 Step 4: Continue the two body lines down and gradually bring them together to make the tail. 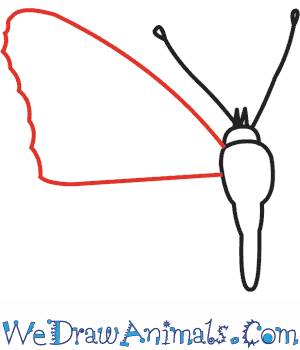 Step 5: Start drawing the front left wing. It is a triangle with the long edge along the top. The bottom line of the wing goes straight across to a slightly squiggly outside line of the wing. 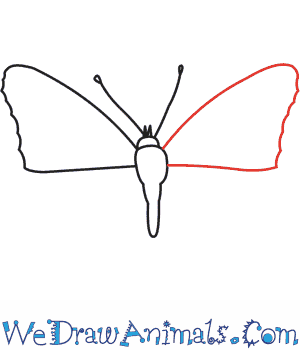 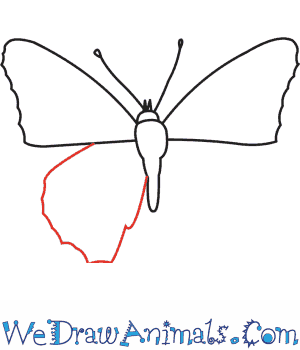 Step 7: Under the front left wing draw the left hind wing. It is slightly squarish. The line starts halfway along the bottom line of the front wing. It will rejoin the body line almost at the tip of the tail. Make it squiggly. 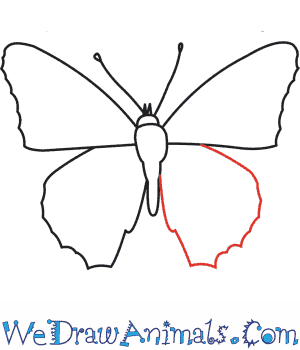 Step 8: Make the right hind wing exactly the opposite of the left hind wing. 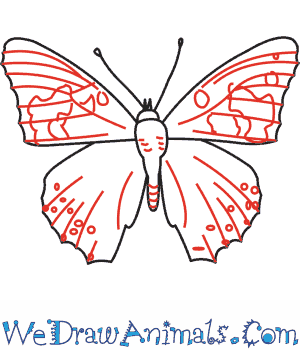 Step 9: Finally, draw the wing patterns. There are straight lines along all of the wings. In between these lines add circles and squiggles. Make sure to make both wing patterns mirror images of each other.

Interesting Facts about the PAINTED LADY

The Painted Lady is a member of the insect group and the scientific term for them is Vanessa cardui. This animal derives its name by how colorful and dainty it is, having an appearance of decorated wings and a spiral flying pattern. The scientific name comes from the Greek word “Vanessa” (butterfly) and the Latin word “cardui” (thistle). Another common name for this species is the Cosmopolitan. They live everywhere in the world, except for South America and Antarctica.

While the animal has a brilliant pattern, the display is only relevant on the upper side of its wings. On the bottom they are quite camouflaged, so they close their wings to hide from predators. This species is unique in its migratory and mating habits. They fly at high altitudes to follow the warmer climate due to seasonal changes, using a directional orientation that is dependent on their view of the sun. Also they have no breeding season, so they mate all year long as humans do. 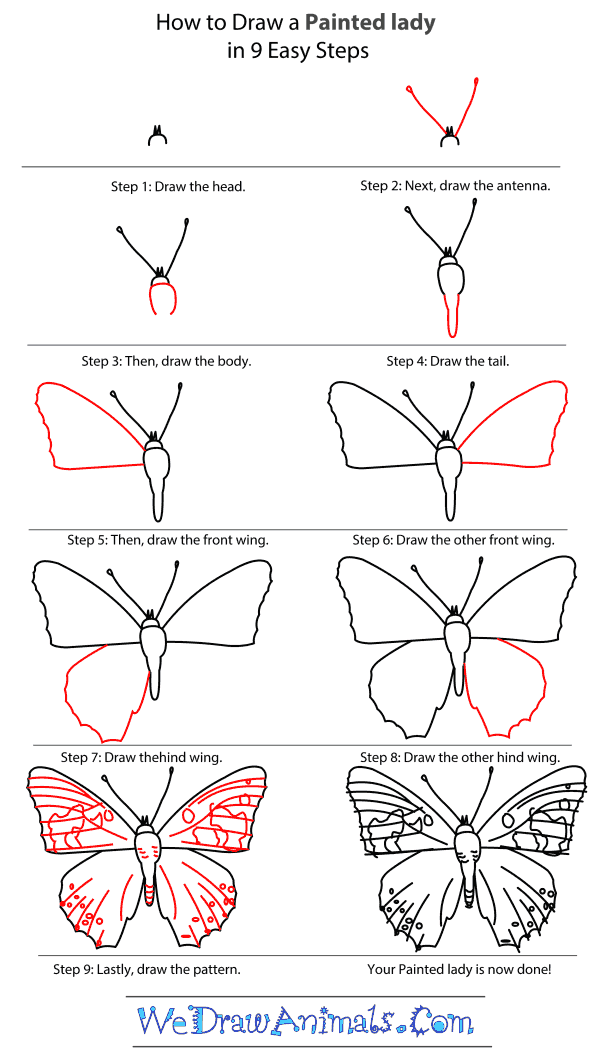 How to Draw a Painted Lady – Step-by-Step Tutorial