How to Draw an Oystercatcher 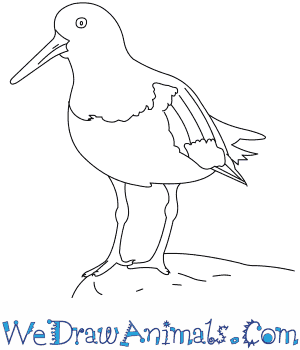 In this quick tutorial you'll learn how to draw an Oystercatcher in 9 easy steps - great for kids and novice artists.

At the bottom you can read some interesting facts about the Oystercatcher.

How to Draw an Oystercatcher - Step-by-Step Tutorial 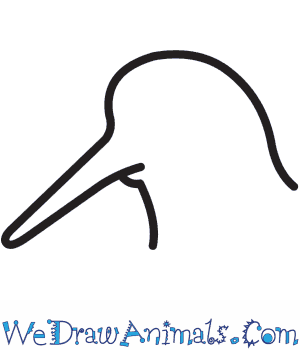 Step 1: First draw the head. It is an upside down "U" with a long thin pointy beak coming out of the left line. 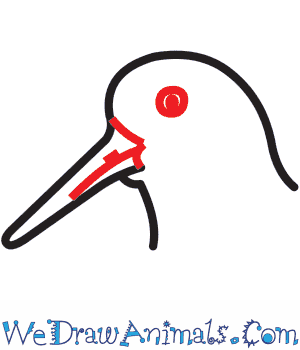 Step 2: Just below the top of the head curve draw a large round eye. Draw a bent line inside the beak line. 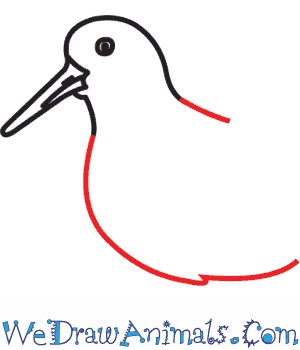 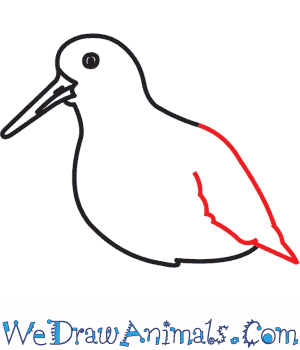 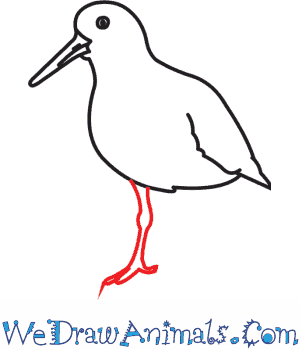 Step 5: Under the belly line draw two lines down to make the first hind leg. There is a slight bump in the middle to make the knee. Add three toes at the bottom of the leg. There are two toes at the front and one shorter toe pointing back. 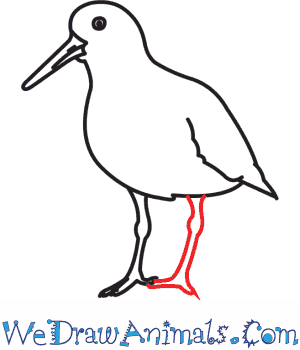 Step 6: To the right of that hind leg draw the other hind leg the same width and length as the first one. You can only see two toes. One points front and the shorter toe points back. 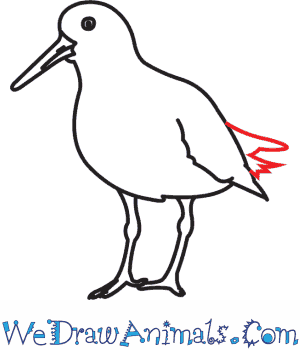 Step 7: Along the back of the wing draw two or three jagged triangles to make the tail. 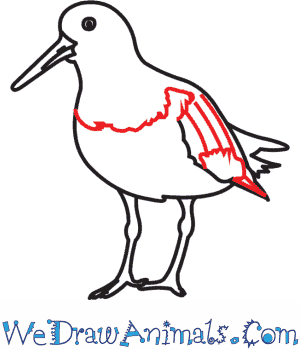 Step 8: Draw a squiggly line from the neck line back to the wing line. Draw some straight lines along the wing with a large squiggly circle at the bottom of the wing. These are the feather patterns. 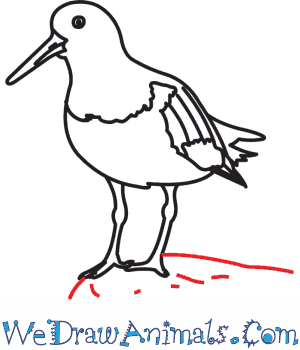 Step 9: Finally, draw two lines on either side of the feet. This is the rock that the oystercatcher is standing on.

Interesting Facts about the OYSTERCATCHER

The Oystercatcher is a member of the bird group and the scientific term for them is Haematopus ostralegus. This animal derives its scientific name from the Greek word “Haema-topus” (blood-foot) and the Latin word “ostra-legus” (oyster-catch). Other common names for this species are the Eurasian Oystercatcher and the Common Pied Oystercatcher. It is also called the Tjaldur on the Faroe Islands where it is the national bird.

This species is related to Plovers since they spend most of their time wading through the water in search of food. It is black on top, white on the bottom, and has an orange beak, eyes, and feet. They can be found as far north as Britain, but they migrate in the winter to the coast of northern Africa. Their nests are made from pebbles where the eggs and babies are camouflaged very well. These animals have a low population amount, but are considered to be the least concern for the possibility of extinction. 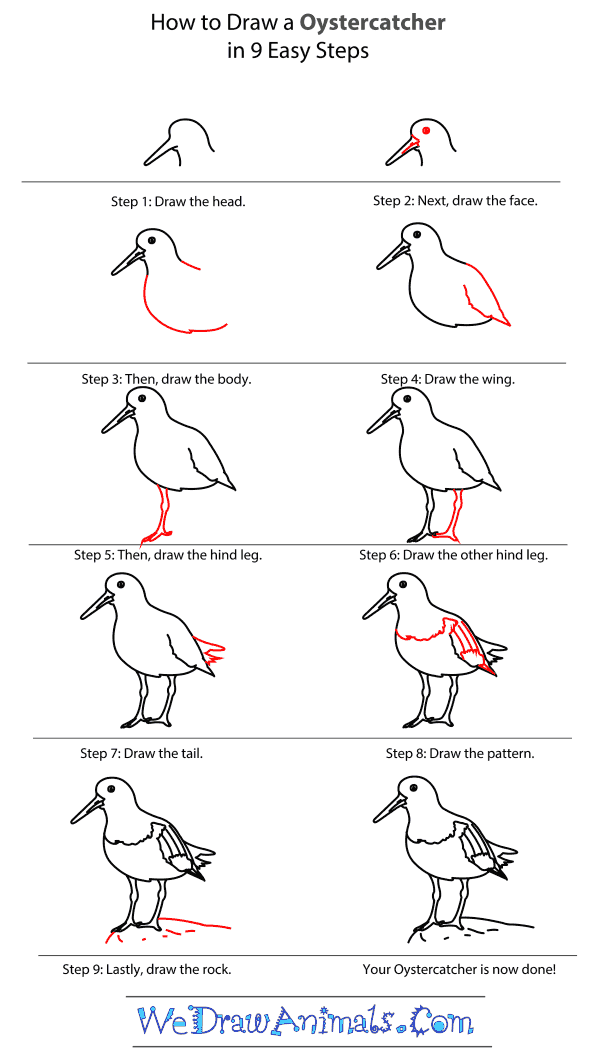 How to Draw an Oystercatcher – Step-by-Step Tutorial

Previous post: How to Draw an Old World Sucker-Footed Bat